Welcome to the web page of Mike Rendell, author of “The Journal of a Georgian Gentleman” which has been published in hardback, paperback, and more recently, Kindle and other e-book formats.

He has also published a book on paper-cutting in 18th century England, illustrated with intricate cut-outs made by his ancestor Richard Hall. It too is available in paperback and on Kindle. Other titles include “Bristol Blue Glass” and “Astley’s Circus – the story of an English Hussar”. Other titles are  “An Illustrated Introduction to the Georgians” and “An Illustrated Introduction to the Regency” – both published by Amberley. In 2016 Pen & Sword  published “In bed with the Georgians – Sex Scandal and Satire” looking at sexual shenanigans in the eighteenth century, and how the excesses and immoral behaviour of the Great and the Good (and not so good!) were viewed by caricaturists and satirists. Three other books in a similar vein have been published by Pen & Sword, along with books about piracy, about shipwrecks and about castaways. More recently he has published a book about Trailblazing Woman of the Georgian era (intended as a companion volume to his book on Trailblazing  Georgian men).

Mike has always been fascinated by the history of England in the Eighteenth Century. Not only was the Georgian Era a period of marked change (the birth of the Industrial Revolution) but it was also a time of style and proportion. Just think of the symmetry of Georgian buildings, the elegance of the Royal Crescent in Bath, and the simplicity of design. It is interesting that many of us are familiar with the names of furniture makers such as Chippendale, Hepplewhite and Sheraton – but would be hard pressed to think of a single name of anyone of that calibre in the centuries which have followed (well, at least not until David Linley). We still describe ‘Adam’ fireplaces and use ‘Wedgwood’ as a general term for English porcelain. We can still shop at Fortnum & Masons, buy Cadbury’s chocolate and drink Schweppes – all of which have their origins in the Eighteenth Century.

It was an era of giants – James Cook the explorer, Admiral Horatio Nelson and James Watt to name but three. Theirs was the ‘Age of Enlightenment’, when mankind was laying the foundation stones for modern medicine, astronomy, chemistry and physics. Theirs was the Age of Wesley and Whitfield, but it was also the Age of Slavery (and the start of its abolition). And into this period came Richard Hall, a hosier who lived at One London Bridge, who saw and felt the changes with his own eyes, who shared the general thirst for knowledge, and who made and lost a fortune. He was a devout Baptist, and was fortunate enough to sit in the congregation of various well-known ministers such as Dr John Gill, Dr John Rippon, and the Revd. Benjamin Beddome. He recorded his life in meticulous detail – in diaries, in journals – even in jottings on the backs of envelopes. Mike is fortunate enough to have inherited all these records – from day-books to shopping lists, from recipes to accounts of the weather. He retains his ancestor’s tableware, along with his chairs, his books, his shell and fossil collections – even his bed warming pan!

These collections of everyday items prompted the research which led to the writing of “The Journal of a Georgian Gentleman” and inspired a retirement spent on researching life in Georgian England. 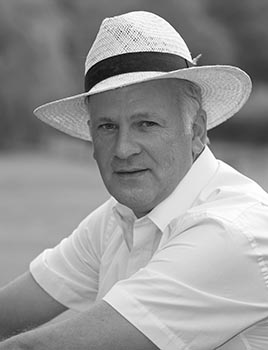