A couple of years ago I found myself in Bergerac on Bastille Day (July 14th): Roads were cordoned off, crush barriers erected, stands became packed, and at the appointed hour there was a solemn march-past of be-medalled and be-ribboned members of the armed forces. Then there was silence and a lone man approached the microphone and sang an unaccompanied solo version of La Marseillaise. It was stunning and very moving.

I remember how strange it was to feel a lump in the throat listening to such a beautiful and stirring patriotic song, when it wasn’t my country which was being eulogized. It made me wonder at the origins of the song….

On 25 April 1792, the mayor of Strasbourg requested that his guest Claude-Joseph Rouget de Lisle compose a song “that will rally our soldiers from all over to defend their homeland that is under threat” At the time France was at risk from invasion by armies from Austria and Prussia. That evening, Rouget de Lisle wrote ‘Chant de guerre pour l’Armée du Rhin’ (‘The War Song of the Army of the Rhine’) and dedicated the song to Marshal Nicolas Luckner.

Here is a picture painted fifty years later, showing the composer singing his rendition of the song: 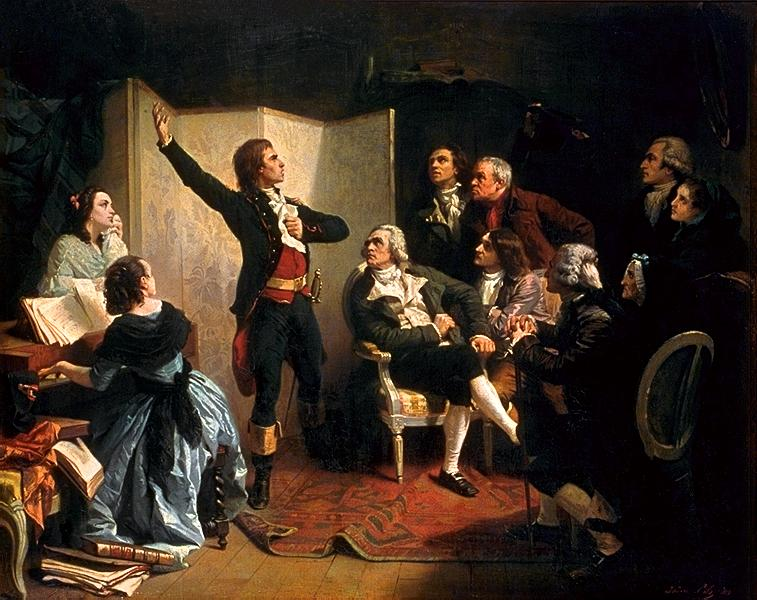 The melody soon became the rallying call of the French Revolution and was adopted as La Marseillaise after the melody was first sung on the streets by volunteers from Marseille at the end of May 1792. A young officer from Montpelier called Francois Mireur had sung it at a patriotic gathering in that city. Later, when volunteers entered the city of Paris on 30 July 1792 printed copies were handed out to supporters, and the troops adopted it as the marching song of the National Guard of Marseille. The irony is that Rouget de Lisle was actually a royalist, and he narrowly escaped a trip to the guillotine…

Subsequently La Marseillaise was made the official French national anthem (14 July 1795) although it subsequently fell out of favour. Napoleon disliked it, and later French rulers banned it altogether. In the middle part of the eighteenth century it became the anthem of the international revolutionary movement, being adopted as such by the Paris commune in 1871. Its status as the national anthem was restored in 1879. 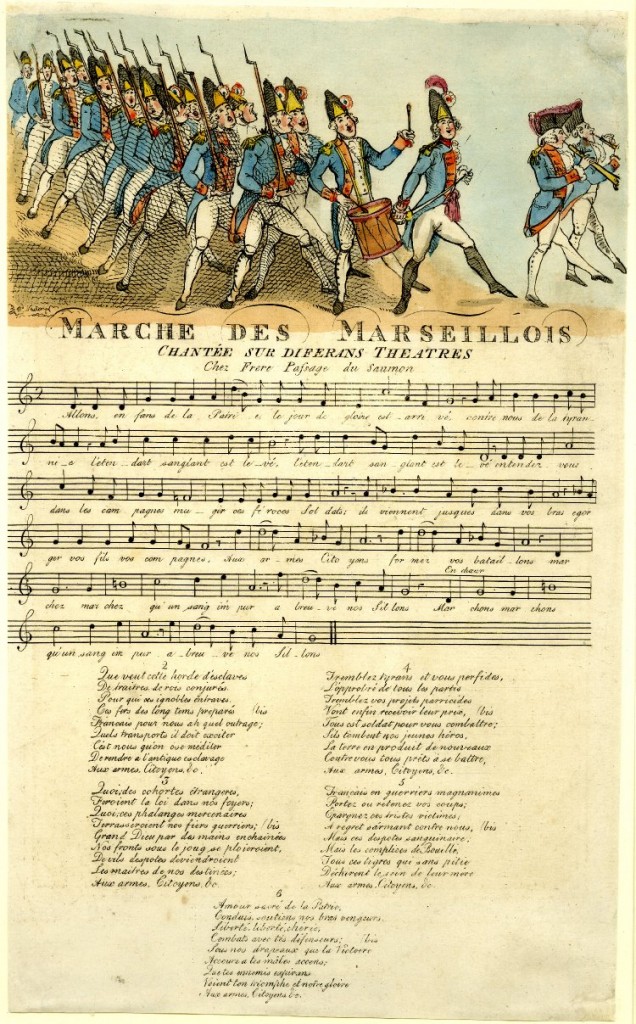 Newton is one of my favourite caricaturists from the end of the eighteenth century – he only lived to the age of  21 and died in 1798 but in his lifetime displayed an irreverence and a sense of humour – often lavatorial – which I still find appealing!

This is his self portrait:

I have often included Newton in my blogs – see here for a post about him from way back in 2012.

2 Responses to “225 years on: La Marseillaise in an English satirical print.”