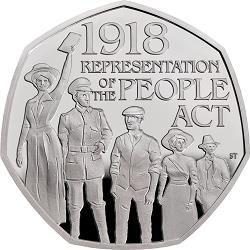 21st November 1918 saw the Royal Assent being given to a Bill which  became known as the Parliament (Qualification of Women Act) 1918.

In a way it was an inevitable consequence of women (in certain circumstances) having been given the right to vote. The Act meant that they could also be voted for – in other words to stand for election as an M.P. Interestingly, the British Parliament was by no means the last to permit female voting – the Dutch did so in 1920, and the United States of America passed the 19th Amendment (allowing women to vote) on 26 August 1920.

On the other hand the Nordic countries were the early runners in Europe, with Finland leading the way in 1907. Norway gave women the vote in 1913 and Denmark followed in 1915. Portugal dipped a toe in the water in 1931 but with numerous restrictions, which were only removed so as to give full equality with the men in 1976. Spain allowed full suffrage in 1933, France in 1944, Italy in 1946,  and Greece in 1952. The Swiss got going a bit late in the day – with Federal voting by women being introduced in 1971

Good old New Zealand got there in 1895. Full suffrage, to include female aborigines, was not permitted in Australia until as recently as 1962.

Following the 1918 Parliament (Qualification of Women Act)  seventeen female candidates stood for election to the House of Commons including the well-known suffragette Christabel Pankhurst (representing the Women’s Party in Smethwick). She failed to get elected and indeed the only woman to top the vote was  Constance Markievicz, representing Sinn Fein. Her party always abstained and instead of taking her seat in the Commons preferred to sit in the Dáil in Dublin. So, it was left for Nancy Astor to be the first woman to take her seat in the Commons  (December 1, 1919). 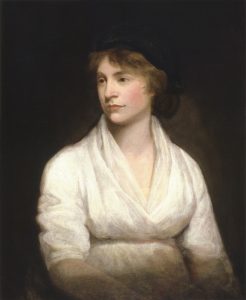 The slow progress in the intervening century is  curious: here we are a hundred years later and women still represent less than a third of elected M.P.s. But in a way that is true of the whole story of the struggle for female equality – one door opens and it looks as though there will be a breakthrough – and guess what, things stall and nothing very much happens. You only have to look at Mary Wollstonecraft – who published   A Vindication of the Rights of Woman in 1792.  When she died the public were for the first time made aware of her ‘scandalous’ lifestyle, her attempted suicide, her affair with Gilbert Imlay, her mothering of an illegitimate daughter. The public condemnation of her behaviour totally drowned out the message which Mary had been so forcefully trying to get across. Horace Walpole had branded her as  ” a hyena in a petticoat” and for nearly a century her ideas were almost totally disregarded.

Mary features in my book “Trailblazing Women of the Georgian Era – The Eighteenth-Century Struggle for Female Success in a Man’s World” which Pen & Sword published earlier this year. Like many of the other women featured in the book, she would be astonished to hear what little progress had been made through the Victorian period. It is amazing to think that even after 200 years equality is still a mirage in many areas of everyday life. 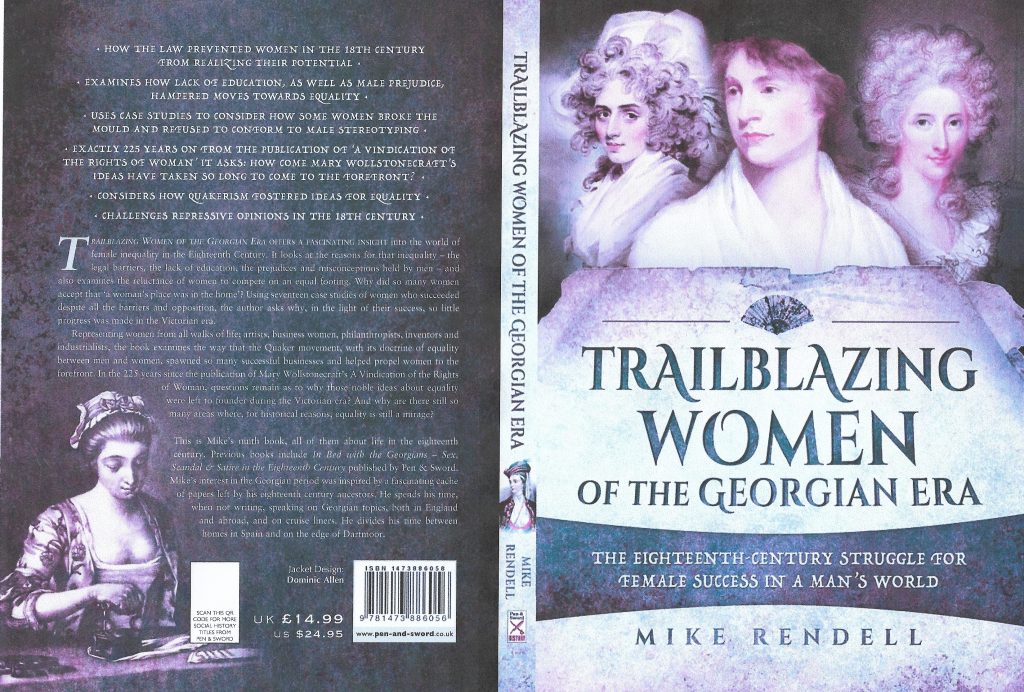 A lot is happening at present. At the end of November Pen & Sword are publishing my latest book,  ‘Pirates and Privateers in the 18th Century – the final flourish’ and I will be telling some of the exploits when I do a lecture-cruise for Fred Olsen on board the Boudicca when she sails in two weeks time through the islands of the Indian Ocean. In particular I will feature the remarkable story of Olivier Levasseur – possibly the wealthiest pirate who ever lived – who operated out of the Seychelles, was captured off Reunion, and was hanged on Mauritius. All very apt, as our ship will be visiting … the Seychelles, Reunion and Mauritius. Ooh argh me hearties, there be tales of buried treasure….

Meanwhile I am checking the final proofs for a book due out next Spring to mark the 300th anniversary of the publication of Robinson Crusoe. It will look at the whole question of castaways and shipwrecks in the Georgian era, and include some of the stories which are believed to have inspired Defoe to write his famous work. Nowadays Robinson Crusoe is almost always published as a single story, and it was only when I started the research  for my book that I realized that Defoe had written two sequels, and that in the Victorian era both  the original book and the first of the two sequels were usually published as a single item. The second sequel seems to have disappeared without trace – by then Defoe was somewhat running out of inspiration and was flogging a dead horse. 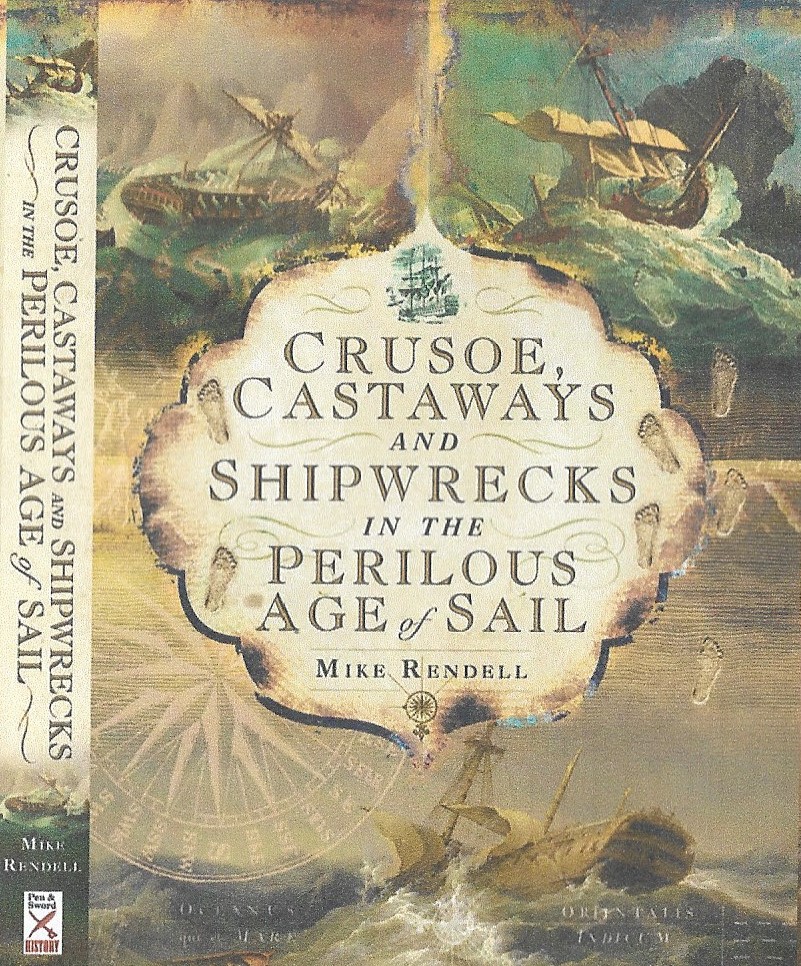 One of the castaway stories will be featured on the cruise – the astonishing tale of survival about a group of shipwrecked women (captured slaves) who survived fifteen years on a tiny island, without running water and with no useful vegetation, living off birds and turtle eggs. The French had deserted them on this barren island, near Reunion, promising to return. Well, they kept their promise, but only after a decade and a half. It really is a remarkable survival story.

To cap an interesting year I have been asked to go to Colonial Williamsburg in the States in February to deliver a lecture on life in Georgian London. I  have always wanted to do a lecture tour in America, and this is my chance! They are holding a five-day seminar in this (largely replica) Georgian  colonial town and it will be great to see all the buildings and the demonstrations of 18th Century skills. The Colonial Williamsburg Foundation is extremely generous and  have taken care of everything. 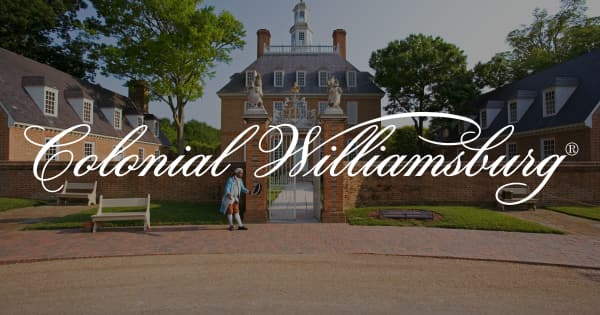 Meanwhile I am putting the final touches to my book on ‘unsung Georgian heroes’ – inventors etc who changed our world but who are largely overshadowed by the greats of the Georgian period such as Boulton, Watt, Wedgwood and ‘the rest of the boys in the band’. I have to submit it to Pen & Sword by the end of January. Time, then, to start on my final oeuvre, which will be on Sex and Sexuality in the Georgian era. Who ever would thought that retirement could be such good fun?