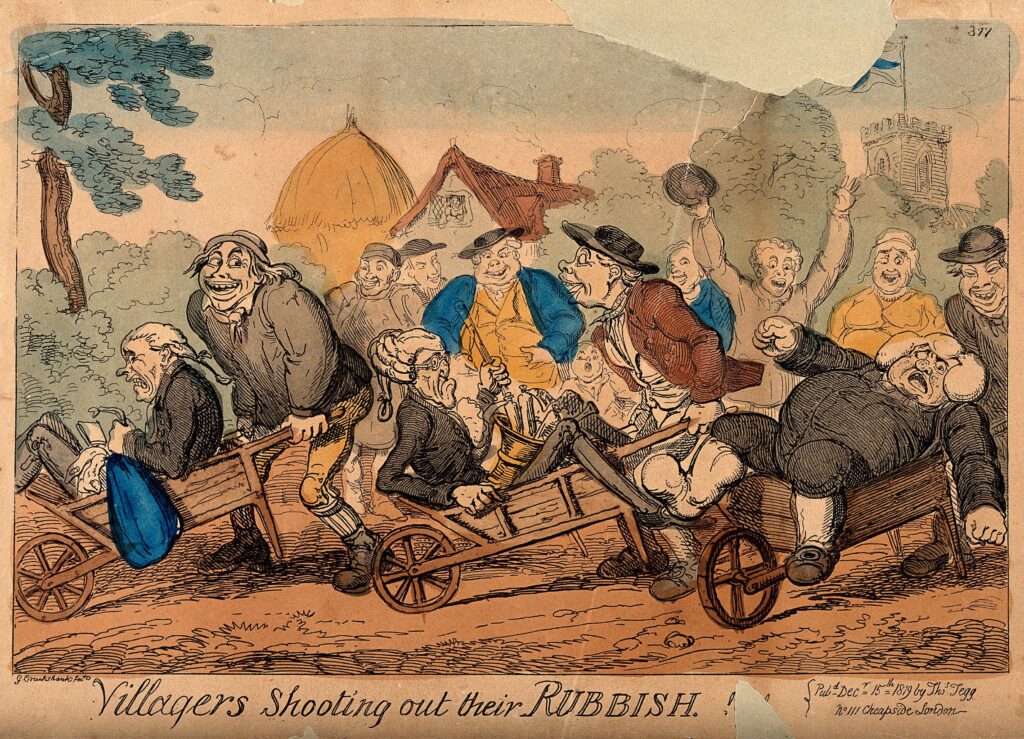 I came across this interesting image on the Wellcome Collection site. It was etched by George Cruikshank and published by Thomas Tegg in December 1819 and has the title “Villagers shooting out their Rubbish”. It shows three grinning yokels pushing a lawyer, a skinny physician and a rotund, gouty, vicar in wheelbarrows out of their village.

As a former lawyer I was always used to the idea of being held in low public esteem, and it is nice to see that two hundred years ago any opprobrium was shared equally with medical men and men of the cloth. But if it is a race, I am pleased to see that the lawyer is definitely in the lead…. 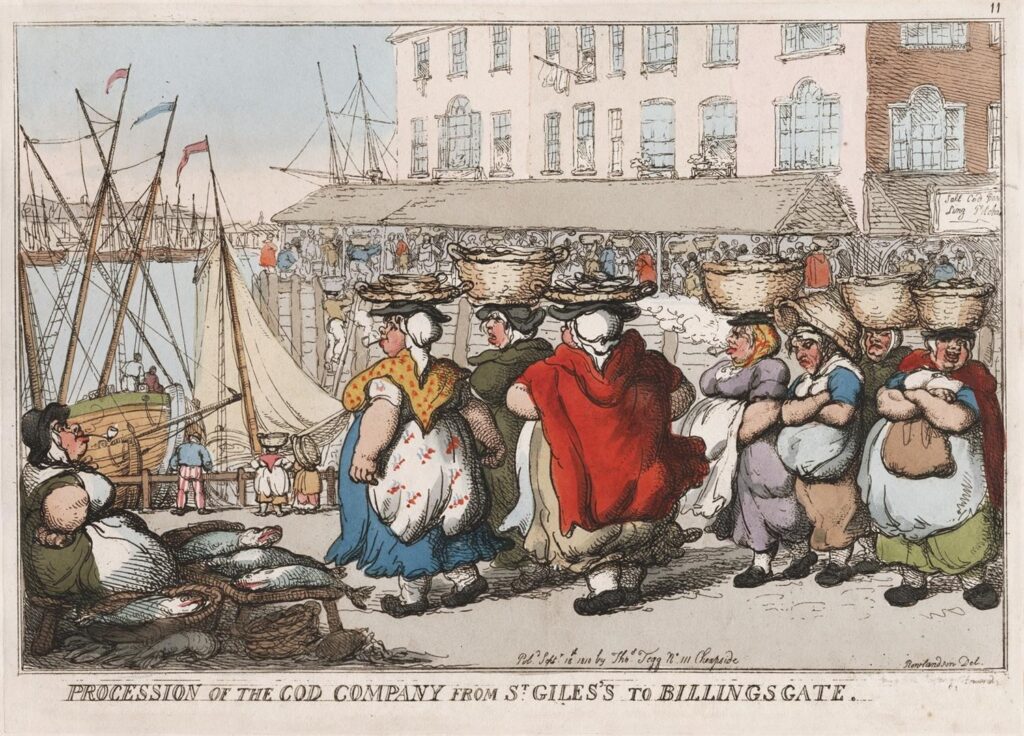 I rather like this reminder of how the River Thames had made London into a thriving fishing port two centuries ago. This Rowlandson  image appeared on 18 September 1810 and shows the area around Billingsgate market not as some huge industrial dockside scene filled with  trans-Atlantic ships, and vessels belonging to the East India Company – but as a simple landing stage where fishing boats could haul ashore their catches, straight from the North Sea. Entitled: ‘Procession of the cod company from St. Giles’s to Billings Gate’ the British Museum on-line catalogue describes the scene as follows:

“Seven enormously fat and brawny Irishwomen approach (right to left) the quayside at Billingsgate, below which are fishing-smacks. All carry baskets on their heads, two smoke pipes. An eighth woman, also smoking, sits on a low stool on the extreme left, with cod and lobsters spread out for sale. In the background (right) an open pent-house attached to the large houses flanking the dock is filled by tiny figures with baskets of fish; a man ascends a ladder towards it from the water with a basket on his head. One of the pent-house stalls is placarded ‘Salt Cod Bar . . Ling Pilcha[rds]’. In the background larger vessels lie at anchor against buildings on the south side of the Thames.”

The hand-coloured etching was published by Thomas Tegg at  his Cheapside premises and originally cost one shilling. It is shown on the Lewis Walpole site here. 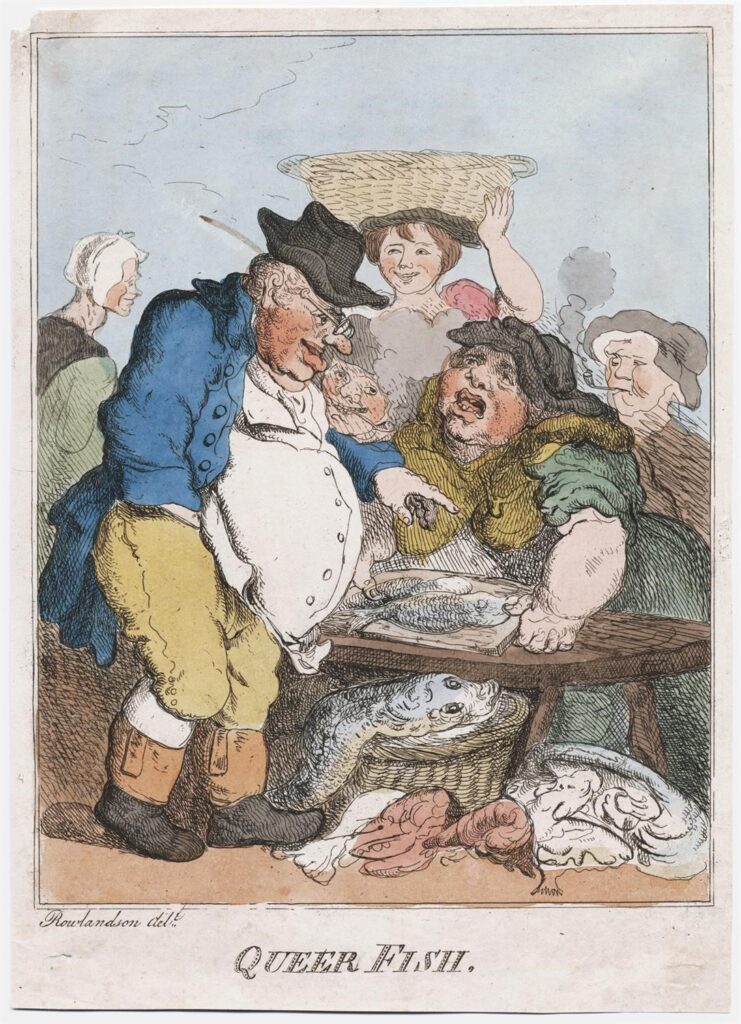 And just as a balance, a second Rowlandson which actually appeared a few years earlier, probably in 1803. Entitled “Queer Fish” it shows a corpulent gentleman buying fish from a fisher-woman, and as usual, I love the way the artist depicts his characters (as well as the fish!) as being somewhat ugly. The scene is full of action and, as ever, there is always a more attractive lady lurking in the background. The detail is great. Again, my thanks to the Lewis Walpole Library at Yale University for the use of the image.