203 years ago today, the death occurred in Paris of one of the greatest showmen of his Age – indeed of any Age. His name: Philip Astley.

Forget Barnum, forget Bailey – a hundred years earlier than these giants of the circus came Philip Astley, generally acknowledged as “the Father of the Circus.” Most circus stars were (and still are) born into a particular branch of the entertainment world – there are generations of the same family who juggle, or walk the tightrope, or whatever. But Astley had no theatrical or street-entertainment background – his father was a cabinet maker from Newcastle under Lyme. Yet he became a giant of popular entertainment. How? Because of horsemanship. 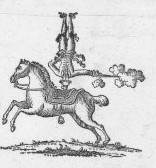 ©Trustees of the British Museum.

Equestrian skills were at the heart of his acts  – he could get his horse to dance the minuet, or the hornpipe. He could do handstands while riding a horse, firing a pistol. He could ride three or four horses at the same time, and jump from the back of a horse over a ribbon held twelve feet above ground level. He could gallop at full speed, slide off the saddle and pick up a sword from the  ground without  pausing. These were skills honed when he served in the British Army during the Seven Years War. Here was a man who thought nothing of charging through the enemy lines to rescue the Duke of Brunswick, who had fallen injured and been overtaken by the swirl of battle. He also captured an enemy standard and presented it to the elderly George II. Later, he rubbed shoulders with George III, blew the socks off fanatical crowds, and went on to open no fewer than 19 circus premises throughout England and Europe. 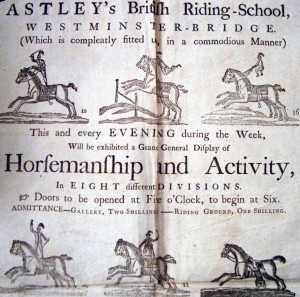 My ancestor Richard Hall’s handbill from when he went to see Astley in the 1770’s.

He diversified from horse riding skills to introduce clowning; he did juggling and magic tricks involving an early form of a mind-reading act; he brought a spectacle involving fireworks, an orchestra, juggling, acrobatics, rope walking,  and so on and gave the public what they wanted – skills and thrills a-plenty. He created the role of ringmaster, standing in the centre of a circus ring, controlling the horses and performers, with his bellowing voice and “statuesque” physique (he was over six feet tall, and had a girth like a tree trunk). 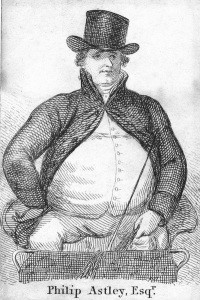 His business empire was frequently hit by fire, but each time his premises burned to the ground, he re-built them. Curiously he always re-built in wood, never stone, despite the obvious risks of using candles – literally thousands of them – with sawdust on the floor, wooden seats, and with a wooden roof and walls.

He trained and inspired a legion of skilled entertainers and impresarios, who spread the circus throughout Europe, to America, Asia and Australia. Forget the sad parade of wild animals being dragged from town to town – they were not HIS circus. His was based  on equestrian skills – although admittedly he also used  a monkey called General Jackoo who performed acrobatic tricks, and a “Scientific Pig” able to count cards and do mind-reading tricks! Astley  was the horse whisperer of his Age – and a brilliant showman.

He enjoyed royal patronage  both in England and in France – he was a particular favourite of Marie Antoinette.

He  led a remarkable life, but died of “gout in the stomach” in 1814 in Paris, aged 72. He was succeeded by his son John, another brilliant horseman, but he only outlived his father by seven years,  before  liver failure killed him. He died in the same house – and indeed the same room, in the same bed – as his father and both were buried in the same cemetery. 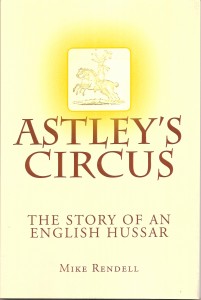 Next year marks the 250th anniversary of the very first circus performance by Philip Astley and to mark the occasion I will be giving various talks about the great man, linked to the book I brought out a couple of years ago entitled “Philip Astley – the English Hussar”.   Meanwhile: I salute the old boy – he was a rough diamond if ever there was one. A man with virtually no formal education, he was a Georgian entrepreneur who should be up there with  all the other greats of the Age, from Boulton to Wedgwood to  Chippendale –  and yet his success is nowadays totally overlooked. I suppose it’s too late to try and get the Royal Mail to honour him with a commemorative stamp? It’s the least we could do to remember him! 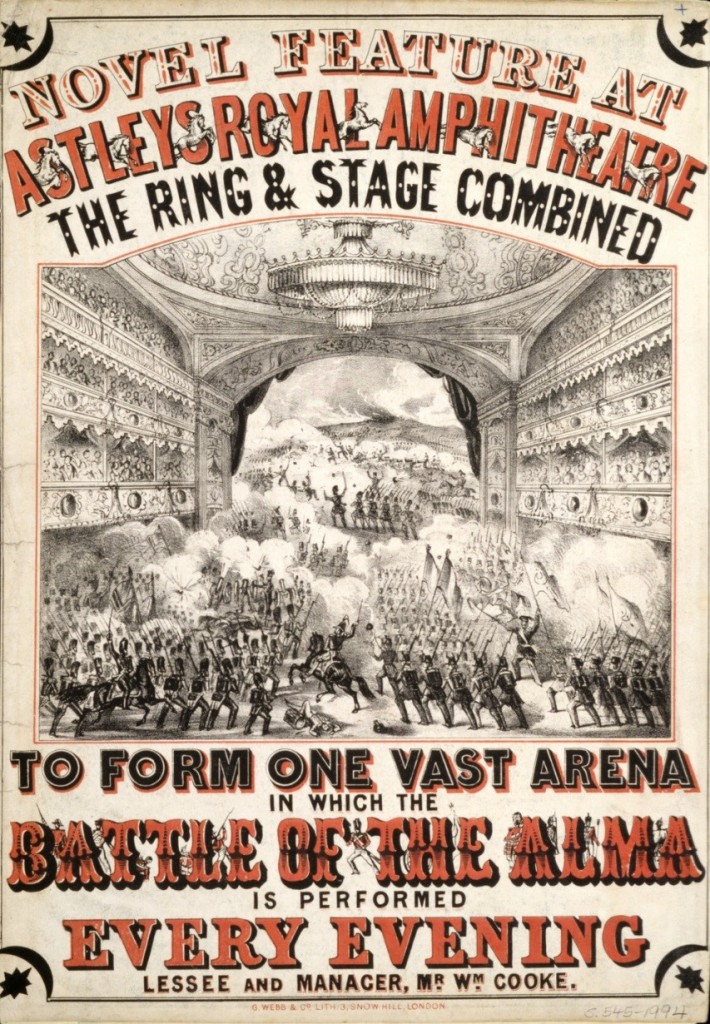 P.S. The book on Astley is available on Amazon in both a full colour and a monochrome version. See Amazon.com and Amazon.co.uk