23 April 1779: a storm shivers the timbers on HMS Terrible 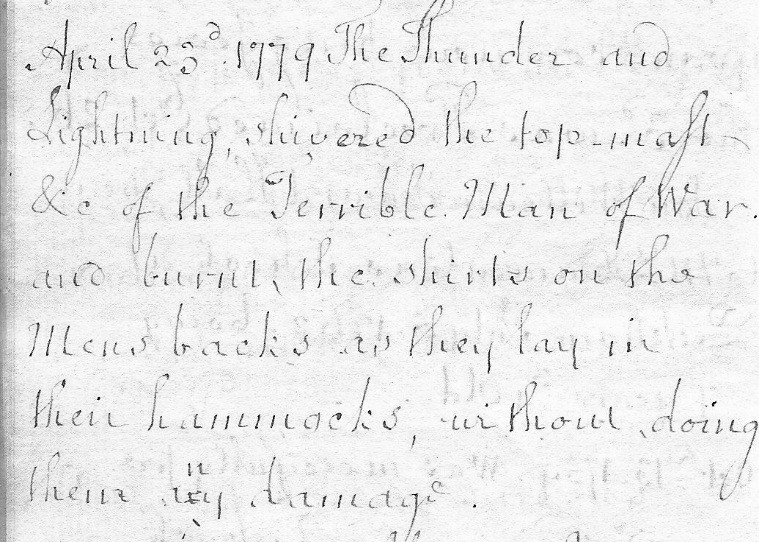 The Terrible, launched in Harwich in 1762, was the fourth of that name (if you include vessels captured from the Spanish and the French, and then re-named). It doesn’t seem to have had a particularly impressive life. It was classified as a ‘third rate ship of the line’ and had taken part in the First Battle of Ushant in 1778. Later she went on to feature in the Battle of the Chesapeake but was badly damaged in the encounter and was scuttled by fire (1782). A sad end for a crew which had already suffered the indignity of losing their shirts in a lightning storm!