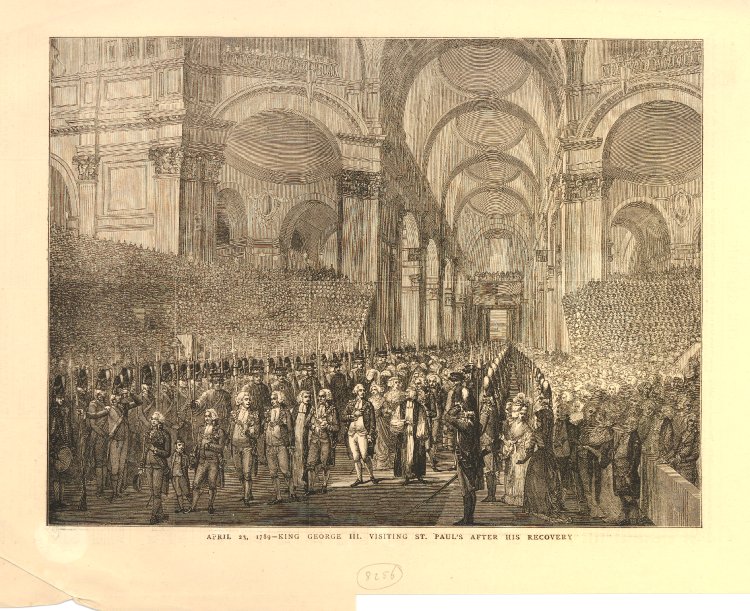 Image of the King visiting St Paul’s, shown courtesy of the British Museum

For four months towards the end of 1788 George III was incapacitated by illness – wracked with pain and mental instability, the King’s conduct led to the first serious  look at whether a regency was required. And then he got better. The public were relieved and delighted – and it was decided to hold a service of thanksgiving for the King’s recovery, at St Paul’s Cathedral. 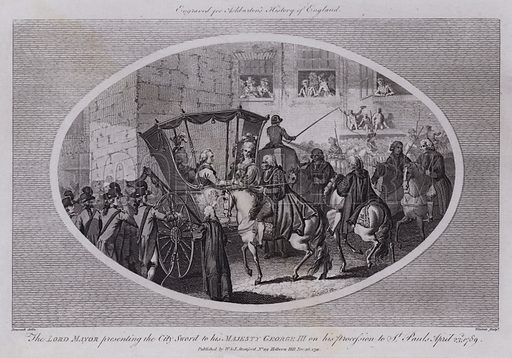 The day for the celebration was chosen – 23 April – and large crowds gathered. The king in his carriage was  presented with a ceremonial sword by the Lord Mayor of London, and artists drew pictures to record the happy scene, while engravers quickly came out with a commemorative medal. ‘God save the King’ on the obverse was backed with the sunburst over the royal shield and symbols of power, and the words ‘Visited St Pauls’, and with the date in the exergue (the name given to the space below the line on the reverse side of a coin). Richard Hall, my ancestor, recorded the joyful news of the King’s recovery in one of his diaries – little did the public know then that it was to be the first of  a number of health problems which would eventually end in the poor monarch being locked away from public view in Windsor Castle – deaf, totally blind, and completely senile.

I prefer to mark the day with a rather nice caricature, published the day before the Thanksgiving Service by SW Fores: 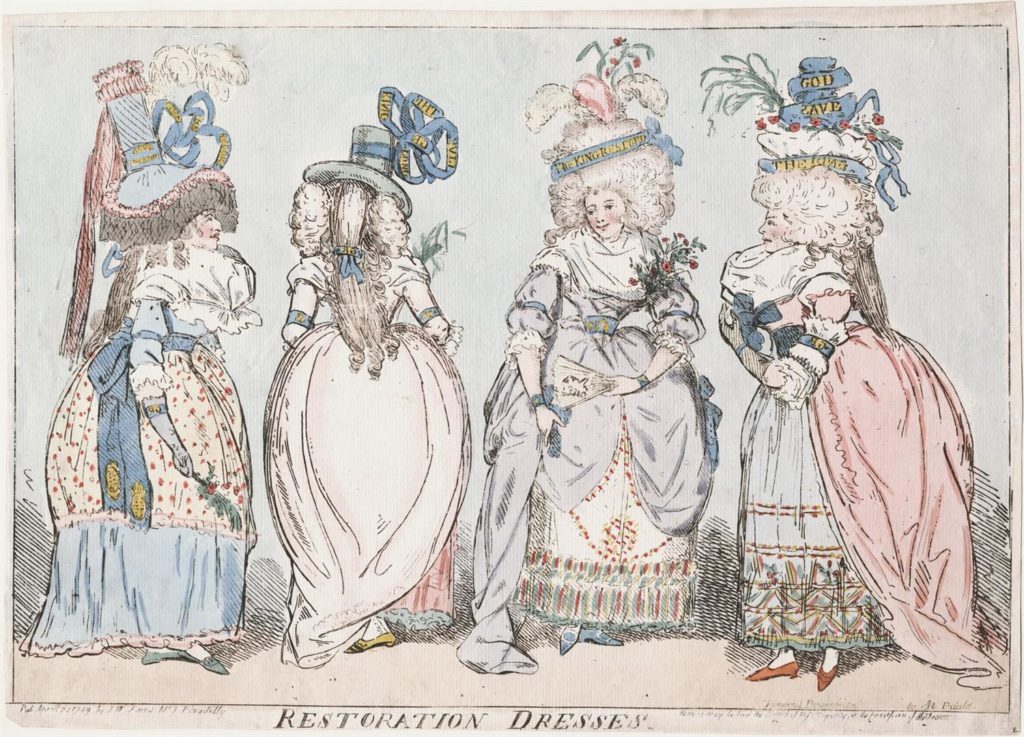 It appears on the Lewis Walpole Library site and shows four ladies of fashion demonstrating their enthusiasm for the king’s recovery. The figure on the left bears a resemblance to the often-parodied Lady Archer. She is shown in profile  wearing a broad-brimmed hat with a high cylindrical crown and a brim with a curtain of lace, trimmed with feathers and ribbons inscribed ‘Save the King’, ‘Live the [King]’, and ‘Regoice’ [sic]. On a bracelet are the letters ‘G.R’, and on the ends of a ribbon sash medallions inscribed ‘The King Restor[ed]’ and ‘Live the King’

Next to her is the rear view of a lady wearing a large hat  be-ribboned with a bow  inscribed ‘Long Live the King G.R.’; her hair is tied with a ‘G.R’ ribbon. The next lady to her is shown full-face and is wearing what appears to be full court dress. Her splendid hair-do features feathers and flowers and is decorated with a ribbon marked: ‘The King Restored’. The fan in her left hand is decorated with a profile portrait of the King. The lady on the left is shown in profile and is wearing a similar costume but topped off with what looks like a splendid piece of confectionery or decorated cream cake. Around it is entwined a spiral ribbon inscribed ‘God Save the King’. Obviously no well-dressed woman would go out without wearing, well, if not her heart on her sleeve, at least her patriotic support for the monarch on the top of her head! I just think that it is a lovely fashion plate – exaggerated maybe, but none-the-less a rather evocative  depiction of the extraordinary fashions of the day.

Good old King George – it would be another twelve years before his next serious attack – and the regency was not introduced until 1811.

PS I see that Thomas Rowlandson brought out his own ‘Restoration Dressing Room’ on 24 April – the day after the celebration.

It appears on Wikigallery – and gives credit to the V&A. 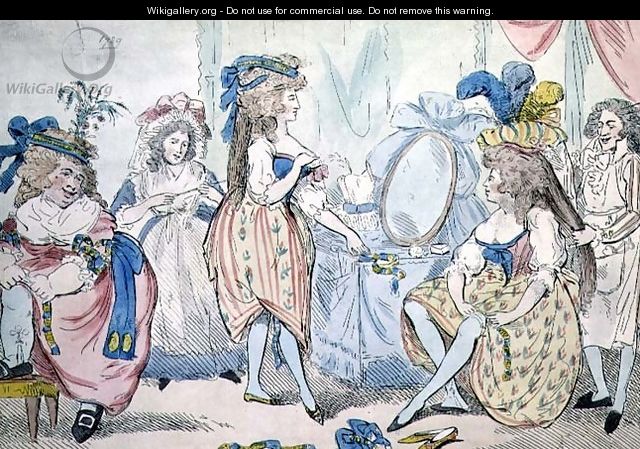