Henry Robert Morland was from an artistic family – he was born around 1716, the son of George Henry Morland a celebrated genre painter. He later married a French woman called Maria and she exhibited at the Royal Academy in 1785 and 1786. No wonder that their son George was also to become a painter – one whose profligacy made him notorious. Father, like son, experienced great wealth – but also bankruptcy. 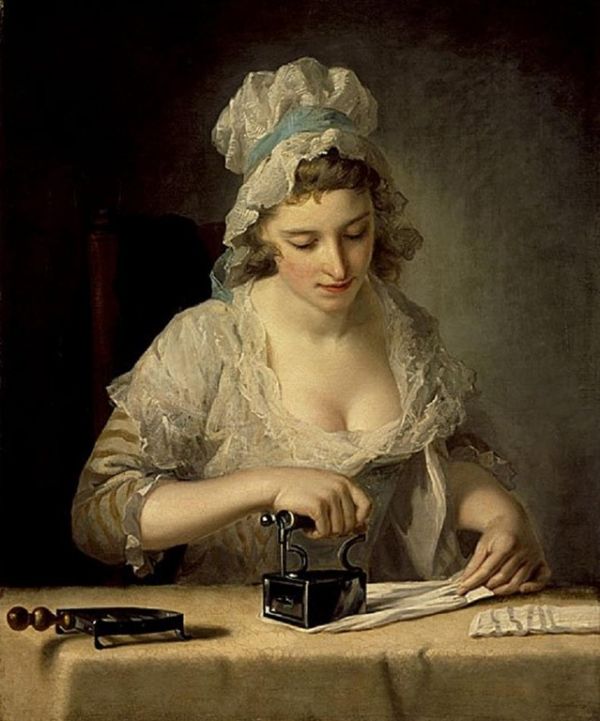 This is my favourite painting by HRM, entitled “Laundry Maid Ironing” done in 1785.

He seemed to have a penchant for painting woman at work – here his “Woman doing Laundry.” Various other versions of this picture exist including a mezzotint in which she has been downgraded to a Lady’s Maid, and another where the cap has been altered.