To mark the end of the year, a snippet repeated from Richard’s diary for 1790: 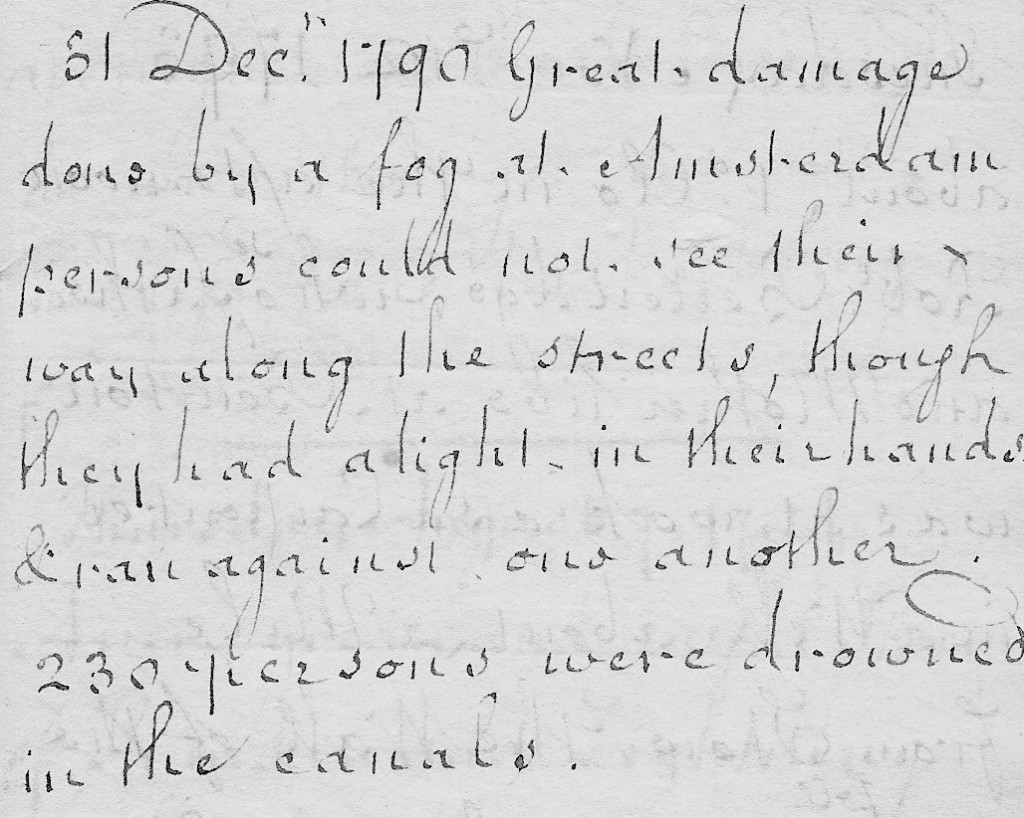 I have not come across a record of the disaster – although the century seems to have been marked by a number of catastrophic drownings in the canals around Amsterdam, often linked to fog. The Gallery of Natural Phenomena refers to a general disaster on  14th December 1783

and presumably this was repeated at the end of the century. Meanwhile Richard did love his entries about extreme weather – it must have rounded off his year nicely! What is sad is to see that people are still drowning in considerable numbers in the Dutch capital – though probably this was as a result of drink rather than fog. Fifty one deaths by drowning occurred in the three years, between 2009 and 2011, only one of them as a result of crime… presumably the other fifty were accidents, or suicide. Since that date an average of 400 people a year have fallen into the Amsterdam canals – with  an average of 18 deaths occurring in every year. But for 230 to perish in a single night of dense fog, as in 1790, was truly tragic.

Post Script:   Since this wasoriginally  published I received corroboration of the events of 31st December 1790 from the ever-so-helpful Baldwin Hamey, who does a fascinating blog called London Details here. He referred me to this engraving. The caption apparently reads “In the heavy fog several people and a coach have gone into the water. Torches produce more light to see.”

It appears on this Dutch site  and copyright belongs to Amsterdam City Archives. Thanks Baldwin! 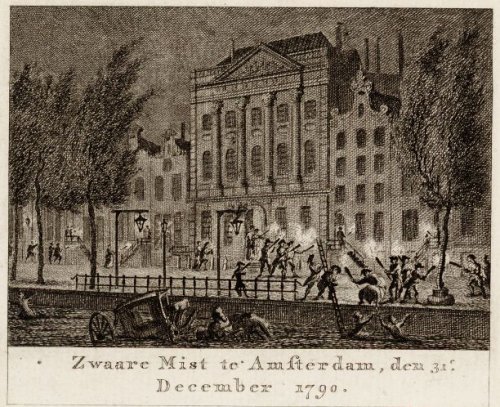