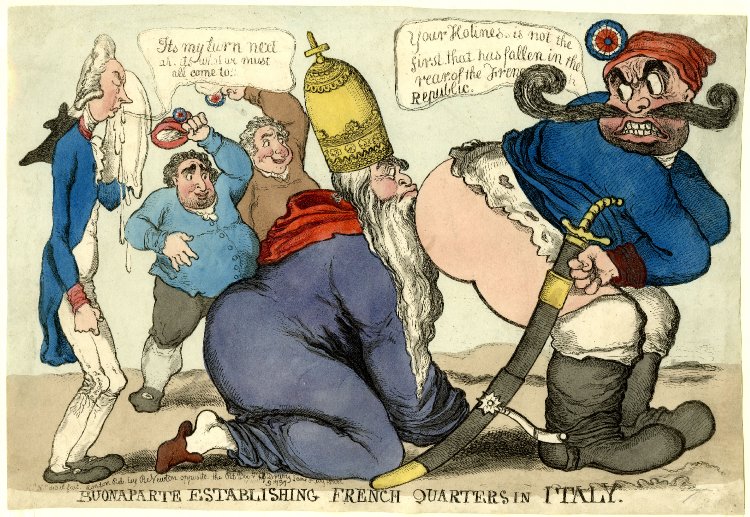 9th November 1797 saw the publication of this splendid cartoon by Richard Newton. It shows the Pope (Pius VI) kissing the bare backside of Napoloeon and was entitled “Buonaparte establishing French Quarters in Italy”. Charles James Fox and Richard Brinsley Sheridan are shown cheering, as William Pitt the Younger prepares to take his turn, sobbing into his handkerchief: