Let’s be honest, you don’t expect to find too many caricatures featuring canines, felines and porcines all at the same time! So I was delighted to come across a mezzotint which not only has all three creatures, but also a sleeping clergyman and a young house-maid.  It was published in 1775 and. as usual, is to be found at the Lewis Walpole site. I will continue to search for any other caricatures combining all these features but for the time being this is what I have come up with: 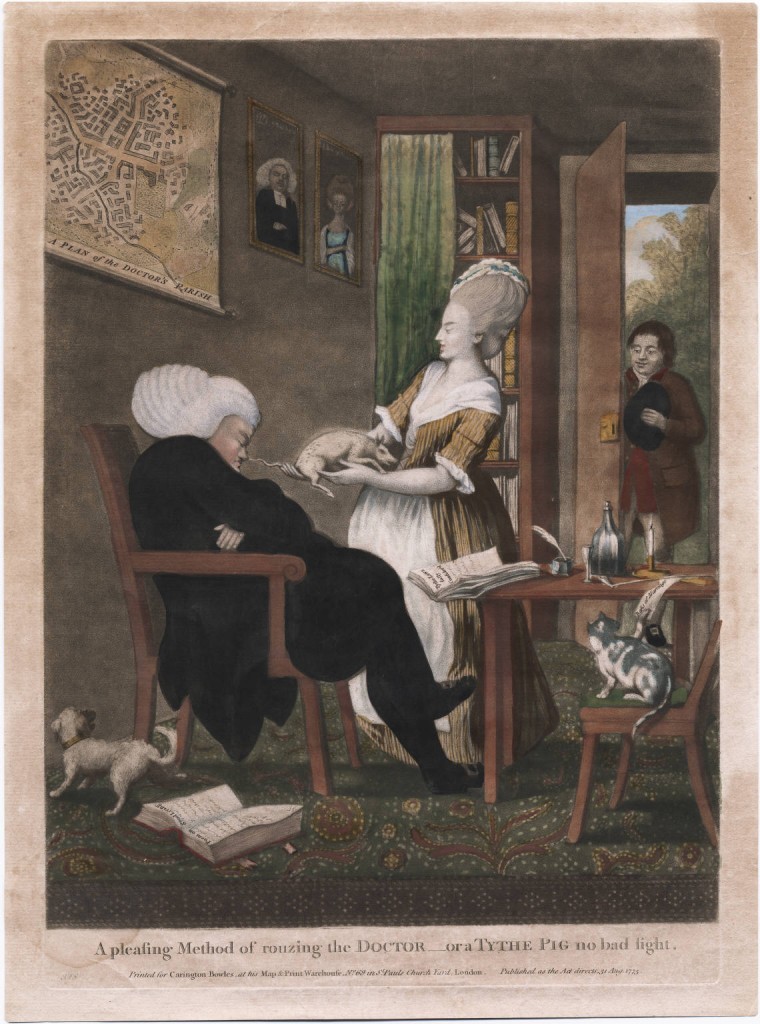 “A sleeping clergyman sits in an armchair, oblivious to a maid tickling his nose with the tail of a sucking pig, just delivered by a man standing in the open doorway. On a table is an inkstand and quill, a wine bottle, glass and candle with a book entitled “Tythe laws fully consider’d”. A cat pulls from the table a paper labelled “Bans of marriage”, while on the floor near a small dog a large book lies open to “Poem on good living”. The clergyman’s portrait and that of a woman hang on the wall behind him beside a map entitled “A Plan of the doctor’s parish.”

Personally, I find the idea of waking a sleeping Doctor of Divinity with the tail of a suckling pig inserted up a nostril particularly pleasing. I am most grateful to the un-named artist for drawing this idea to my attention. I may well try it on the new Archbishop of Canterbury next time I  encounter him in his slumbers…

One Response to “A cat, a dog, a piglet and a sleeping clergyman….”