OK, another Carington Bowles print, but this one based on a painting by Robert Dighton rather than by John Collet. It is generally just given the title of  ‘A Comical Case’ but as an alternative this verse is sometimes added, giving an explanation of what is going on:

“How Merrily We live that Doctor’s be

We Humbug the Public and Pocket the Fee” 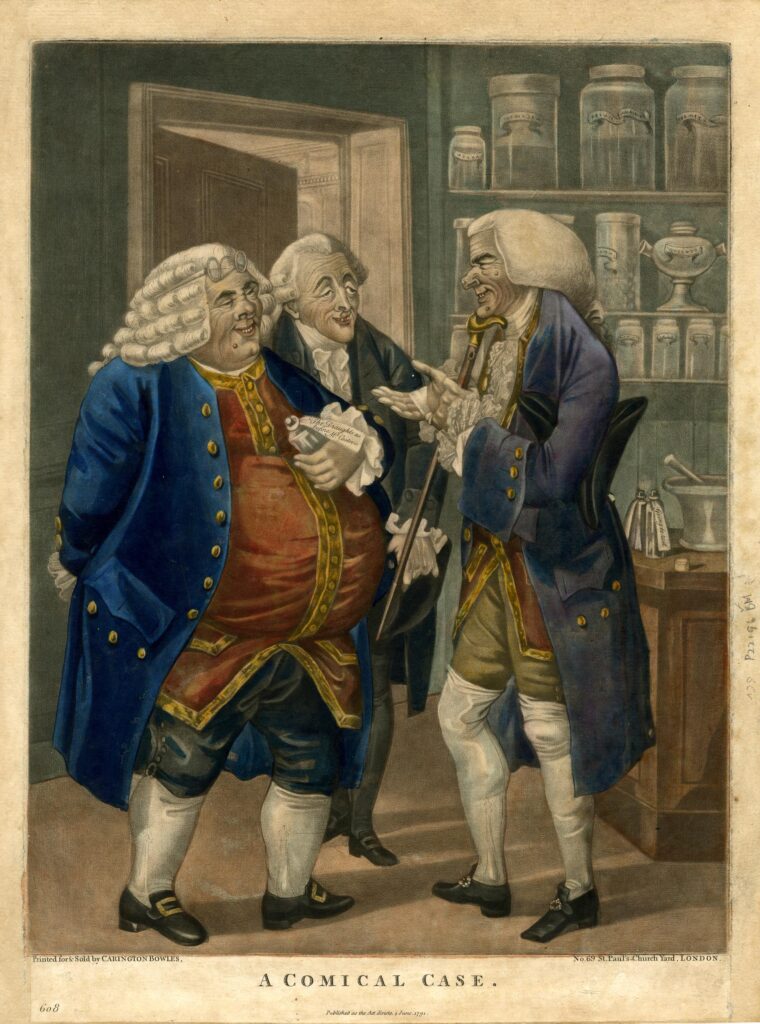 It appears on the British Museum site with this explanation: “Three doctors, grinning with satisfaction, stand in conference in an apothecary’s shop. One (left), very corpulent, his spectacles pushed up on his forehead, holds a bottle labelled ‘The Draughts as before Mr Costive’. His vis-à-vis stands chapeau-bras, holding a cane. Both wear old-fashioned dress with tie-wigs. The third, standing behind and between them is more fashionably dressed. On the counter (right) is a pestle and mortar, pill-box, and medicine phials, one labelled ‘going to rest’. Behind it are shelves on which are glass jars of varying sizes containing coloured liquids.”

To show how differently these things seem without the colouring, here is a monochrome version on the Colonial Williamsburg site: 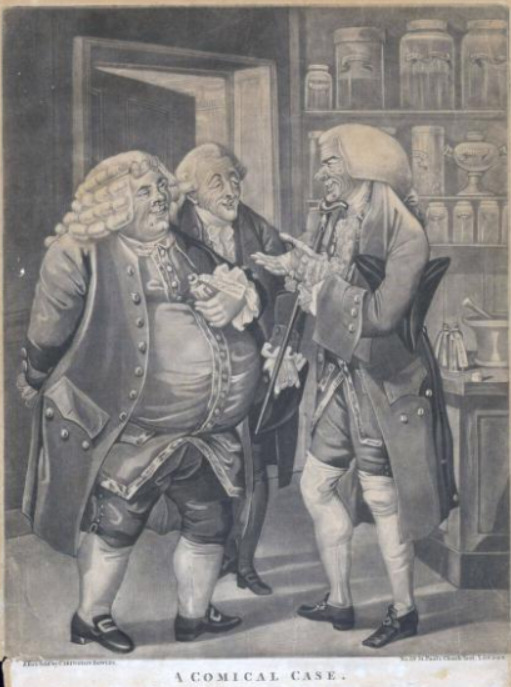 Sorry that a hi-def version isn’t available – but even it isn’t particularly  clear it is a fascinating depiction of the interior of an apothecary’s shop, as well as indicating the generally prevailing view that all medics were  greedy con.merchants. I think that the facial characteristics of the three doctors are particularly interesting – and of course their fine clothing. 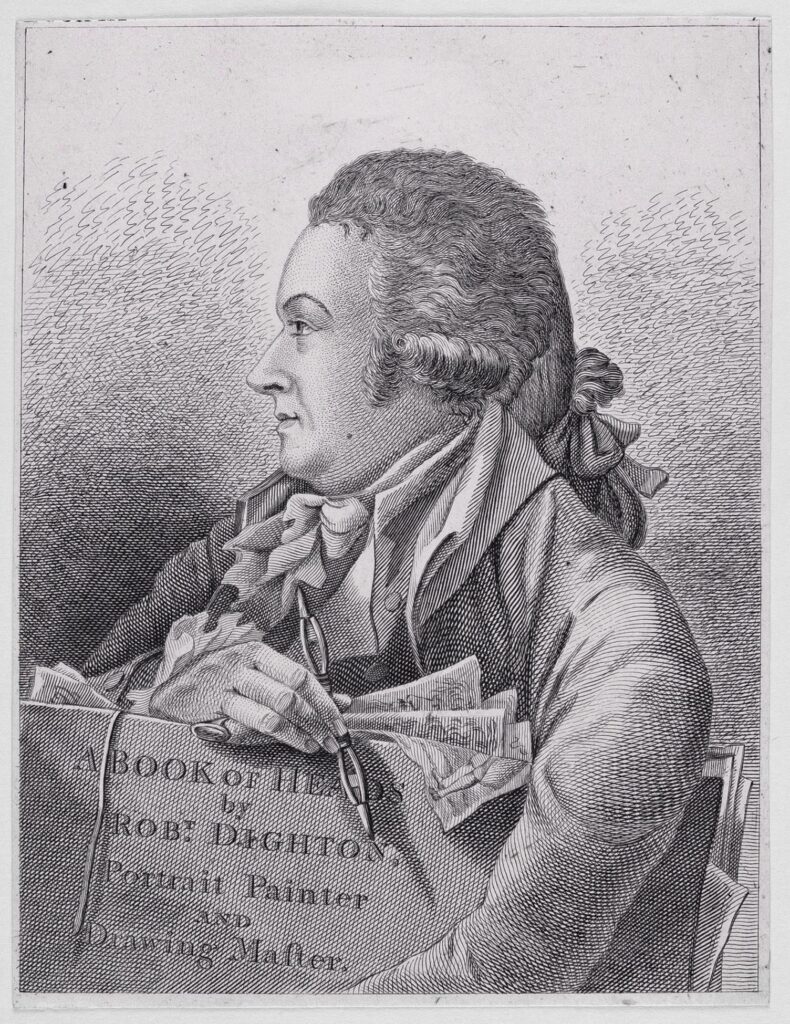 Robert Dighton led a remarkable life. He was a well-regarded portrait painter and print-maker who developed a close working relationship with Carington Bowles. In time he opened his own print shop, selling  his own works – plus a few which were ‘liberated’ from the British Museum. Unfortunately  one of the works was bought by an art dealer called Samuel Woodburn, who then took his purchase to the British Museum to compare it with the original. Only of course, the original had disappeared…. Dighton confessed that he had pinched it but came clean, and no charges were brought against him. He lay low by working in Oxford and Bath for a few years before returning to London. He died in 1814 having founded a whole dynasty of artists and the name of ‘Dighton ‘remained popular in artistic circles throughout the nineteenth century.