I see that there is an auction next week under the umbrella of the Sotheby’s series “Of Royal and Nobel Descent” – and with a whole host of Nelson memorabilia on offer it is bound to be of interest. The highlight, picked up in the national press, is a piece of the Union flag flown from the Victory during the Battle of Trafalgar. This  is expected to reach £100,000. *

The catalogue calls it an “evocative and impressive relic of Nelson and Trafalgar” and  gives the following explanation:

“Nelson’s ships sailed into battle at Trafalgar flying the national flag rather than just their squadron colours, as a result of an order issued by Nelson in the days before the battle: “When in the presence of an Enemy, all the Ships under my command are to bear white Colours [i.e. St George’s Ensign], and a Union Jack is to be suspended from the fore top-gallant stay” (10 October 1805). HMS Victory consequently flew two Union flags and a St George’s Ensign, which were returned to England with the ship and the body of Nelson.”

The catalogue continues “… battle ensigns, unique patriotic mementoes of Nelson’s final and greatest victory, were later woven into the solemn and dignified series of ceremonials that marked his state funeral in January 1806. The body lay in state at the Painted Hall at Greenwich for four days before processing upriver in a funeral barge with a flotilla of naval escorts, disembarking at Whitehall Stairs and resting overnight in the Admiralty. The following day, 9 January, a vast procession followed Nelson’s remains to St Paul’s Cathedral, the site of the funeral. Incorporated into the funeral cortege was a group of 48 seamen and Marines from HMS Victory, who bore with them the ship’s three battle ensigns and were, according to one eyewitness, “repeatedly and almost continually cheered as they passed along”.

They did rather more than cheer – they then shredded the various flags and kept them as souvenirs, and over the years several have come up for sale. 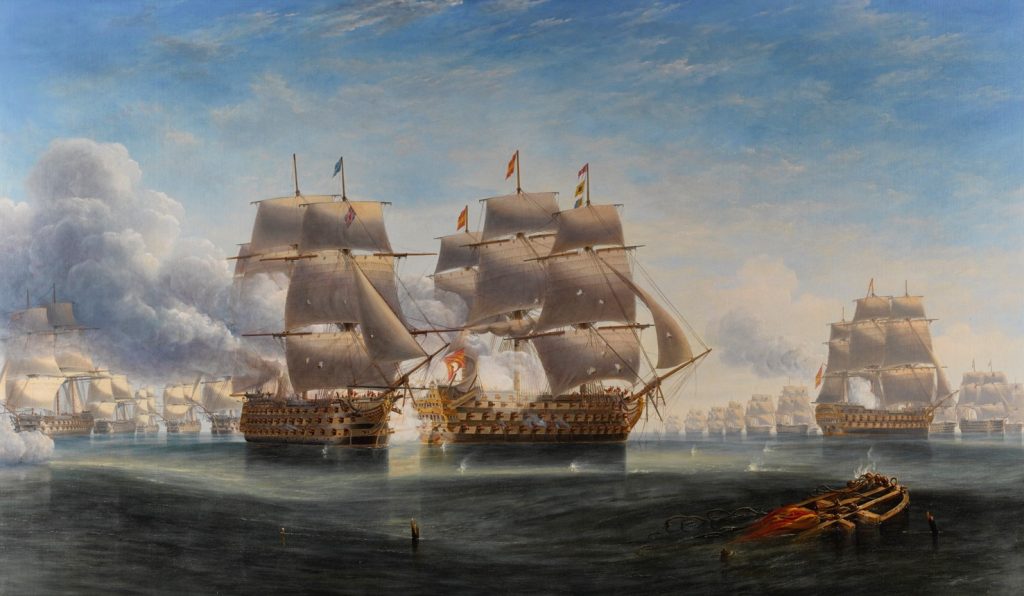 There are also printed ephemera and pieces of jewellery…

and enough statues, sculptures and portraits to satisfy any enthusiast. 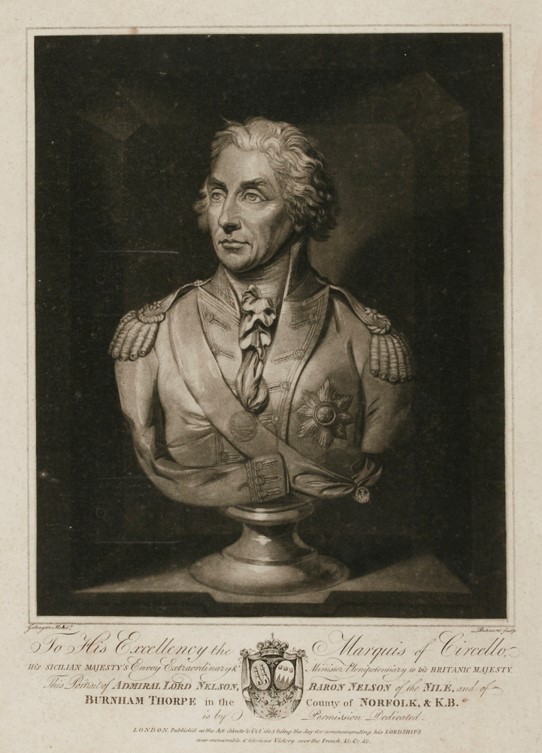 I will be interested to see what some of the Lots reach on 17th January – you can see the Sotheby’s catalogue online here or you can buy the catalogue itself  from Sotheby’s for just under £30 here. All images shown here  are provided courtesy of the auctioneers.

*Post script: the piece of flag actually sold for an unbelievable £297,000 – nearly three times the estimate placed on it by the auctioneers! Given that the piece measured 36 inches by 34 inches, that is one very expensive piece of material…