A fascinating visit – to Colonial Williamsburg 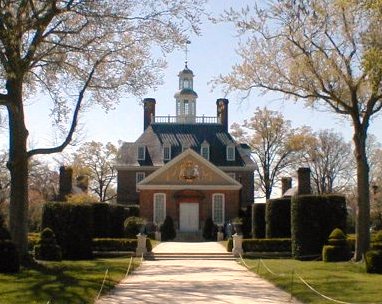 Being invited to give the keynote speech at the five-day long Antiques Forum hosted by the Colonial Williamsburg Foundation was a great honour – and enormous fun! As a lecturer I must admit it was a real highlight, and I was able to link it with giving a talk to the American Friends of the Georgian Group, while staying in New York.

For those of you not familiar with the concept, Williamsburg was the original capital of the young colony of Virginia, but it proved strategically very vulnerable and the capital moved to Richmond in 1780. This left Williamsburg as a quiet backwater, decaying gradually as the old colonial buildings collapsed – including the governor’s palace and all the original homes as built by the early settlers. Then along came Dr W A R Goodwin and he persuaded the philanthropist John D Rockefeller Jnr to invest a very large slice of his enormous wealth into creating Colonial Williamsburg – the historic heart of the old town. 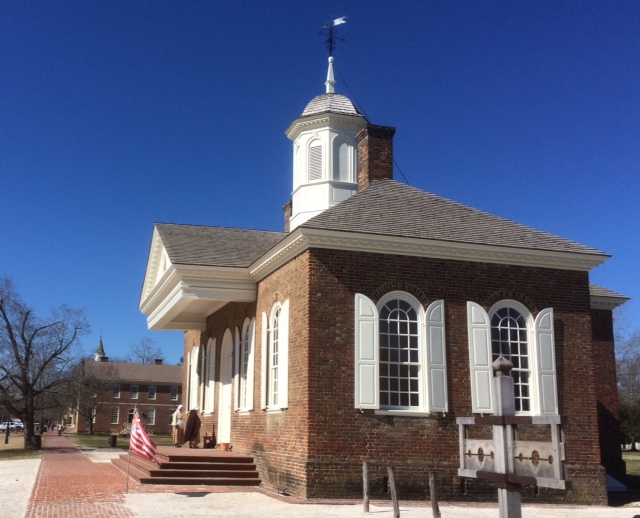 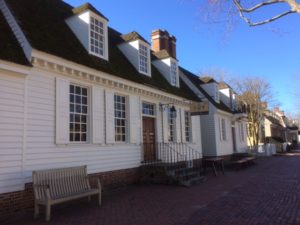 The foundations of the original buildings were uncovered and used to recreate the layout of the town, on its 300 acre site. The decayed capitol building was restored to health – and what we are left with is a remarkable recreation of what the place would have looked like 250 years ago. It has become Virginia’s largest tourist attraction, drawing thousands of visitors who can come and see the trades as originally carried out in the different buildings – the cordwainer making shoes, the carriage maker, the milliner, the wig maker and so on. It is no Disney-esque  pastiche – it may be fake, but it is genuine fakery and it works rather well. 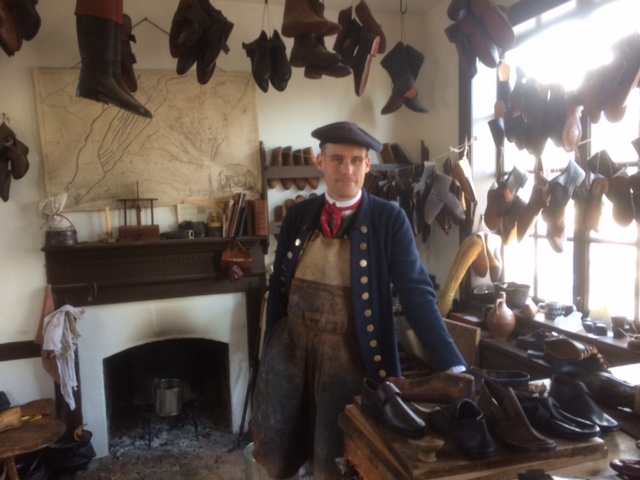 The cordwainer in his shop 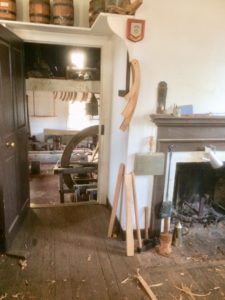 The streets  are wide and devoid of yellow lines and modern street furniture. The taverns sport no modern lighting, and the staff recreating the world of the Eighteenth Century really do know their stuff. Ask the wig makers about pomades, different wig powders and the use of tails and queues – and they are well able to answer authoritatively. Ask the cook about smoke jacks, or the recipes being used, and you will be amazed at the background knowledge.

And then, quite separately, there is the museum, the conservation, the research and the scholarship. All very impressive – I attended a workshop on Old Sheffield Plate and was fascinated by the display of early plate silverware. We got to handle the wares, to examine the manufacturing techniques, to look at the ornamentation and so on. All good stuff – especially as Thomas Boulsover, who first discovered the practical use for fusing copper and silver to create silver plate, is one of the ‘heroes’ featured in my next-book-but-one, on lesser known Georgian  movers and shakers.

18th century dress on display in the museum 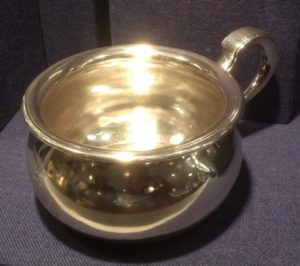 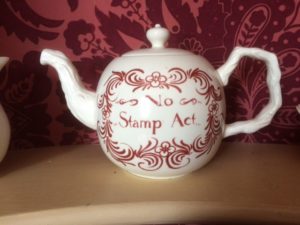 The Antiques Forum is an annual event, attended by well over 300 antique enthusiasts – collectors, dealers, curators, conservators and so on. The range of talks – often eight a day – was amazing. There were talks on glassware, on mahogany, on specific paintings, on rug making and jewellery. There were numismatic lectures, and there was a talk by Professor Amanda Vickery on shopping in the West End of London and the development of that area, linked to the London Season and the annual sitting of Parliament. All fascinating, and I was left amazed at the range and depth of topics covered throughout the symposium.

I kicked things off with a general talk about good old Richard Hall – a ‘life and     times’ social history to put things in context. It was remarkably well received, and I must say I had a wonderful time.

Not everything was on site. The organizers also arranged a number of coach trips to look at nearby sites of historical interest – old churches, court houses, fine buildings and so on. I  could have done with more at nearby York Town – site of the siege which ended in the capitulation of the British forces under Cornwallis. I was also unable to find time to get to James Town, site of the first settlement – but hey – there is always another time! 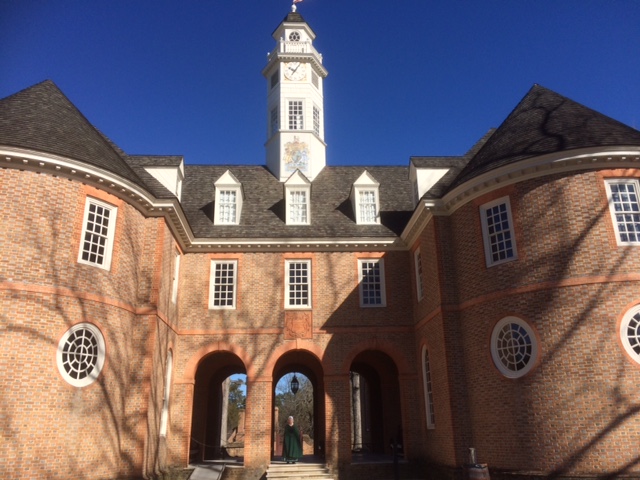 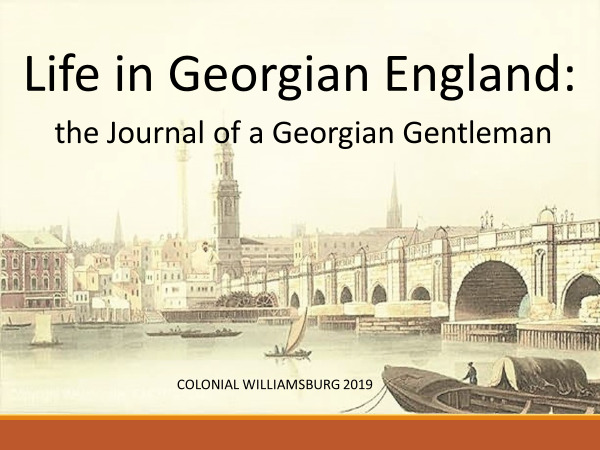 1 thought on “A fascinating visit – to Colonial Williamsburg”