A high flyer, a harlot, a driving lesson, a poor piglet and a pub: a lesson westward. 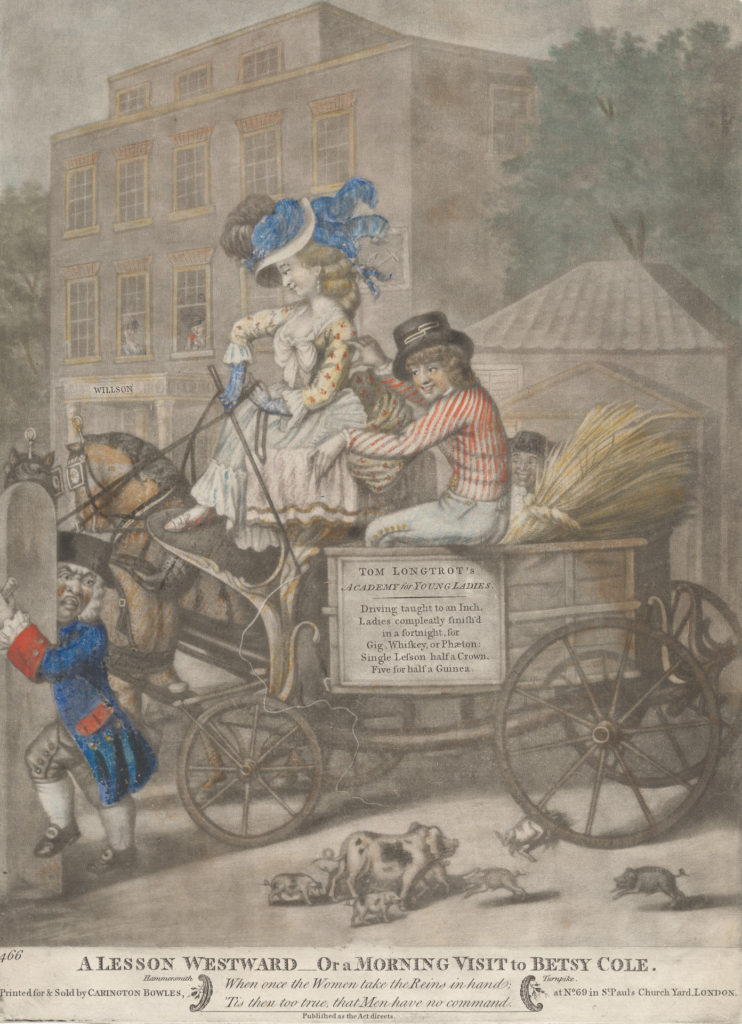 The Bell & Anchor public house at 38-40 Hammersmith Road was closed and demolished in the 1970s to make way for the lorry park at London’s Olympia. I only mention it because it was a well-known watering hole 200 years earlier, when it appears to have been run by a Mr Wilson. As at 2 January 1782 the square pillared porch of the pub, bearing the name ‘WILLSON’ appeared in a print published by Carington Bowles. The  four-storeyed building is shown next to the  toll-house known as the Hammersmith Turnpike and the picture is devoted to showing a woman having a driving lesson.

It interests me because  I am fascinated to see how, in the 1780s, driving your own gig or phaeton became  the display of success for the female nouveau riche – and that included all the whores and hookers who made the grade to become ‘Toast of the Town’. Mary Robinson and Gertrude Mahon in particular were famous for their  driving abilities. It was a badge of their success that they not only could afford to have a carriage parked outside their premises, with a matching pair of horses and with footmen in livery, but that they themselves could take the reins and  impress the passers-by as they charged through Hyde Park (or wherever).  A fashionable conveyance did not come cheap – Mary Robinson drove one given her by her lover the Prince of Wales which had set him back 900 guineas. Think ‘Bentley Mulsanne’ – with go-faster stripes…

And of course, that meant that the women had to have driving lessons, starting off in a simple gig. This print, entitled ‘A lesson westward – or, a morning visit to Betsy Cole’ shows the young lady receiving a driving-lesson from a man who sits behind her on the edge of the cart in which is a sheaf of straw. On the side of the cart is a board inscribed “Tom Longtrot’s Academy for Young Ladies. Driving taught to an Inch, Ladies compleatly finish’d in a fortnight, for Gig, Whiskey, or Phaeton: Single Lesson half a Crown, Five for half a Guinea”.

She doesn’t seem particularly comfortable holding the whip and reins at the same time, and has just run over a piglet, one of a litter  accompanying the sow as they scatter for cover. A short, stout, man clutches the London milestone, terrified that he is about to be run over.

It appears on the Yale Center for British Art  site and was based on a water colour by Robert Dighton. Beneath the title it has the warning:

‘When once the Women take the Reins in hand;

‘Tis then too true, that Men have no command.’

The lady driver is shown not, as might be expected, in riding garb, but wearing an elaborate hat with feathers and a muslin dress. Her dress gives the game away – she is intended to be recognized as  ‘a lady of easy virtue’. It is almost easier to see the detail in its original monochrome form: 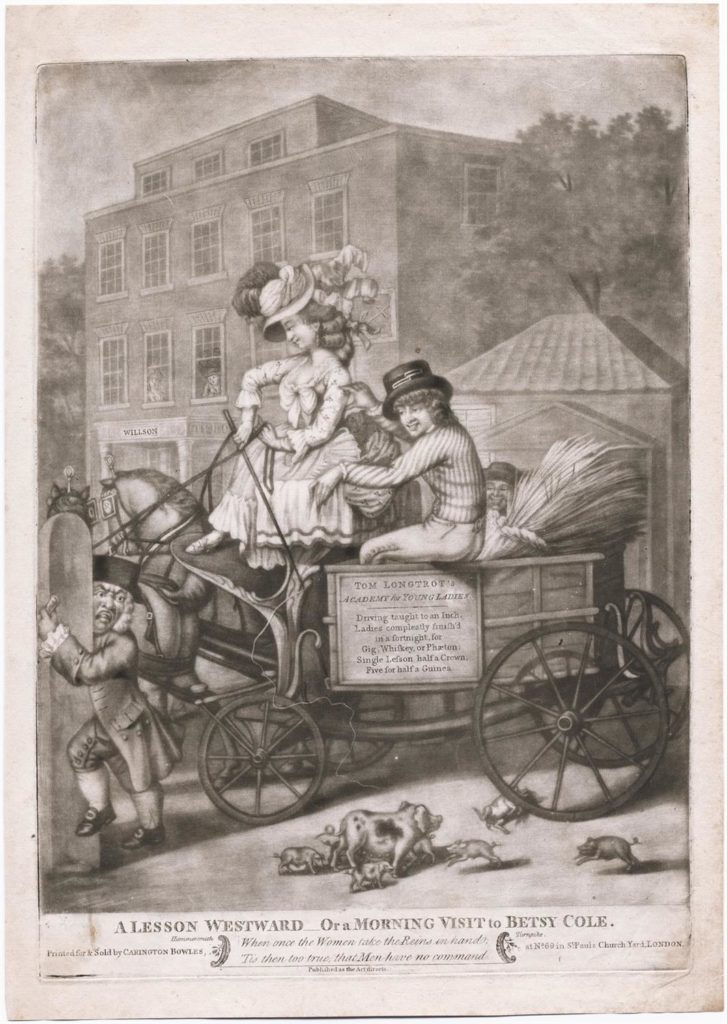 It’s not a rare print – the last one I saw on the Christie’s site went for £325 ten years ago and there are copies, coloured and uncoloured on various sites including the British Museum one. As the V&A site points out: ‘In the eighteenth century humourous mezzotints such as this were known as drolls. The taste for poking fun at women’s driving skills evidently goes back much further than the invention of the motor car.’

Having been taught the basic skills in handling a gig, managing a single horse, the next stage was to move on to an open phaeton – everyone’s idea of a really sporty conveyance. The most prestigious phaeton was the English four-wheeled  high flyer. I rather like the image of one taken from Wikipedia showing  a high flyer designed by the royal coachmakers Hoopers. It is described as being ‘with a pair of out-sized, swan-neck leaf springs at the rear and the body mounted daringly high’. Impressive – what Georgian harlot wouldn’t want to be a high-flyer driving one of these! 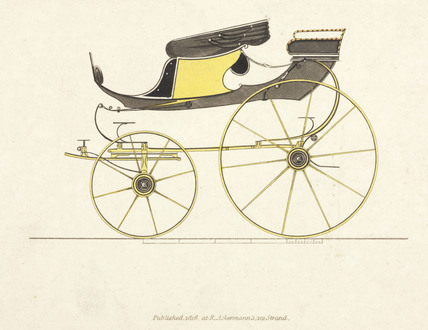