I like the simplicity of this Rowlandson print from 1802, entitled The Concert. The caption above the old man, deafened by the cacophony around him, reads “Musick has Charms to soothe the savage Breast, to soften Rocks and bend the knotted Oak.” 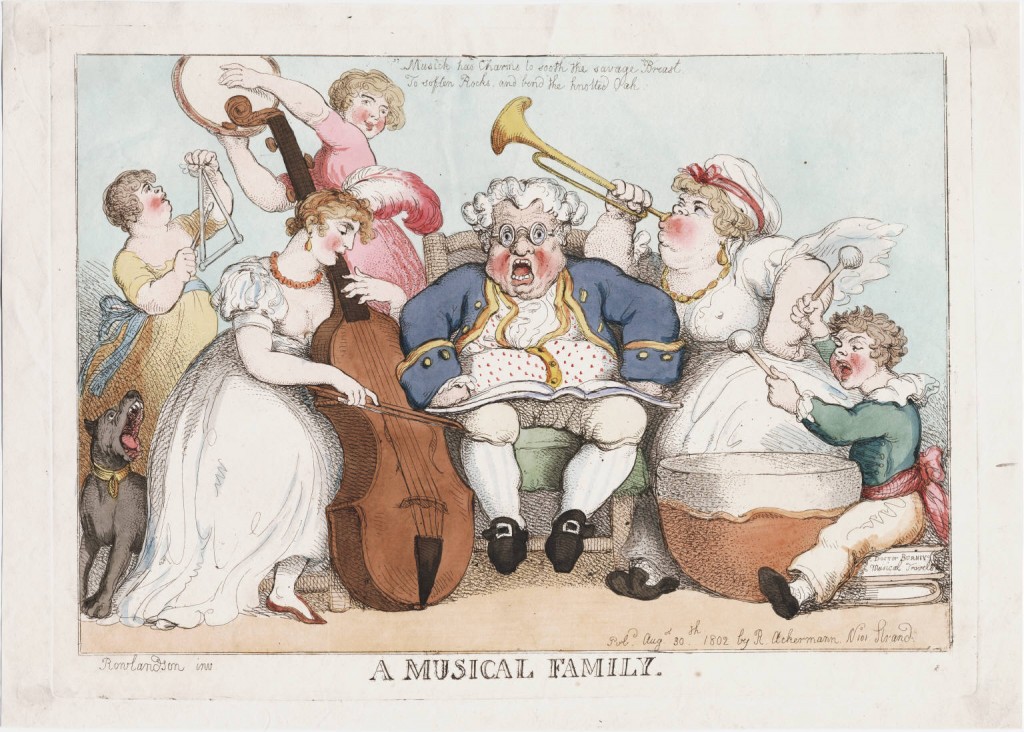 It appears on the Lewis Walpole Library site and is a typical Rowlandson depiction of the anguished old man, the overweight wife, her musically inclined daughters – and the howling dog. The boy on the right, hammering out a drum rhythm, is sitting on a pile of books including Dr Burney’s Musical Travels.

Sixty years earlier Hogarth had published The Enraged Musician – although in that case the a”proper” musician is indoors listening to the noisy din of street musicians and the general populace ouside his open window. 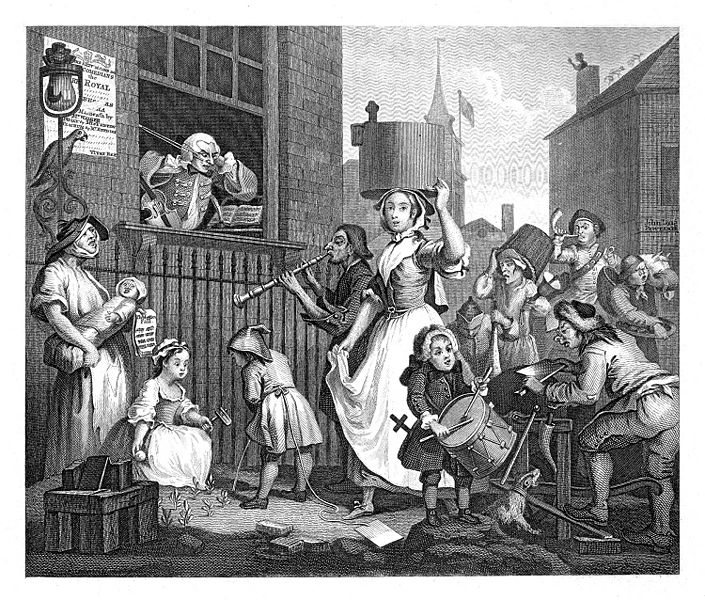 Quite apart from the  man playing the hautboy, the drummer and the barking dog, notice the knife grinder, the young girl with a rattle, the urinating boy dragging a  slate on a piece of string so that it clatters along the street, the wailing cats on the roof line, the dustman with a basket on his back ringing a handbell, while a sow-gelder is blowing his horn, and a fishmonger shouts his wares.

Clearly influenced by Hogarth, Isaac Cruikshank has this variation on the same theme: 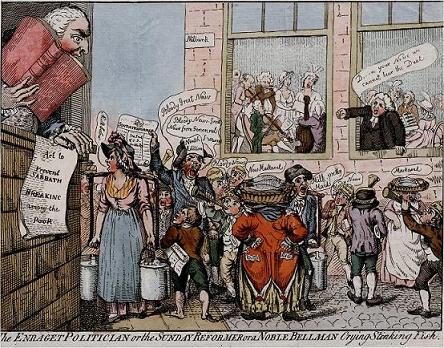 An Enraged Politician or the Sunday Reformer … Crying Stinking Fish

This satirizes the Lord’s Day Observance zealot Lord Belmont, here deploring the noise made by Sunday street-sellers outside his window, even as he ignores the equal noise made by the fashionable rout in the house opposite.

I think we can take it that life in the Eighteenth Century was never quiet, whether indoors or out!