My ancestor Richard Hall loved collecting what might be called ‘factoids’ – snippets of information presented as scientific facts, but often rather lacking in accuracy. One of his factoids, stored in his little notebook, reads: ‘Onions afford little or no nourishment; when eaten liberally, produce flatulencies, occasion thirst, headachs and turbulent dreams.’ 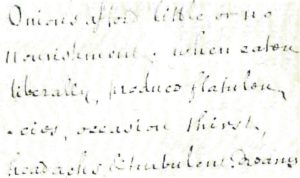 I must have too much time on my hands, but during lock-down I thought I would do a google search to see where this gem of knowledge came from. 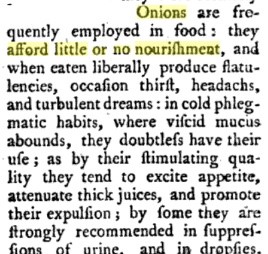 There it is, sure enough, word for word, in a book entitled The New Dispensatory. 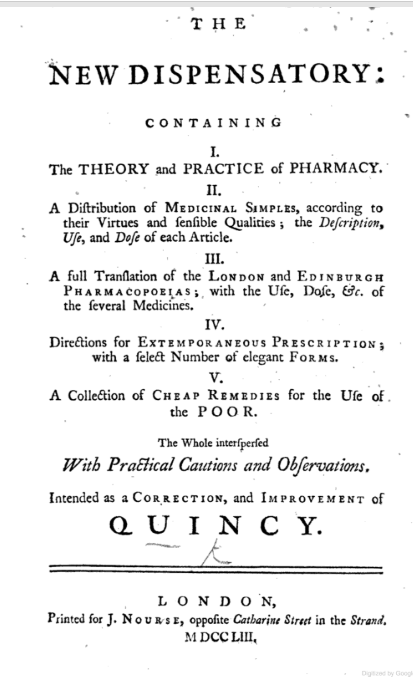 It came out in 1753 and although it was not among Richard’s library of books when he died, he may well have acquired a copy, or he may have borrowed it. He was certainly a raging hypochondriac, fascinated by all-things-medical, and his notebooks contain a number of other  entries about drugs, apothecaries and so on. He also loved jotting down remedies and cures. As for the references to ‘flatulencies’ I know that Richard suffered from acute wind and stomach discomfort, as borne out by his numerous diary entries. 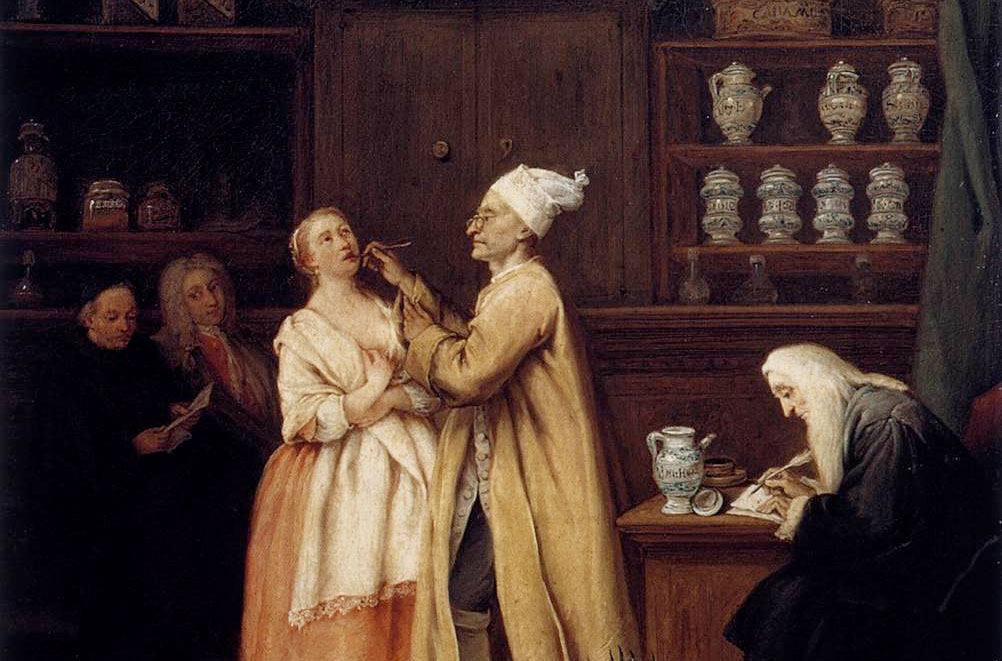 Detail from The Apothecary by Pietro Longhi, c. 1752

I see that there is a copy of the first edition of  the New Dispensatory available from Abe Books – for a mere $958, but you’ll need to add shipping! The Abe Books site tells me that William Lewis was a chemist and physician, born in 1708 and living until 1781. Apparently ‘the English dispensatories of the seventeenth and following century were mainly commentaries based on the London and other pharmacopeias, which began to be expanded, more or less comprehensively, in order to work as reference books.’ As  for the  title page stating that it was intended as ‘a correction and improvement on Quincy’, Quincy was apprenticed as an apothecary and published his own ‘English Dispensatory’ in 1721. By 1749 it had already run to twelve editions and many of the prescriptions contained in it were popular throughout the eighteenth century. Quincy had studied mathematics and the philosophy of Sir Isaac Newton, and received the degree of M.D. from the University of Edinburgh.

The book starts with the words:’PHARMACY is the art of preparing and compounding natural substances for medicinal purposes; in a manner suitable to their respective properties and the intentions of cure.’ It goes on to include a long section on all sorts of vegetables, and I can well imagine Richard Hall wading through lists of edibles, finding out what  the side effects were. 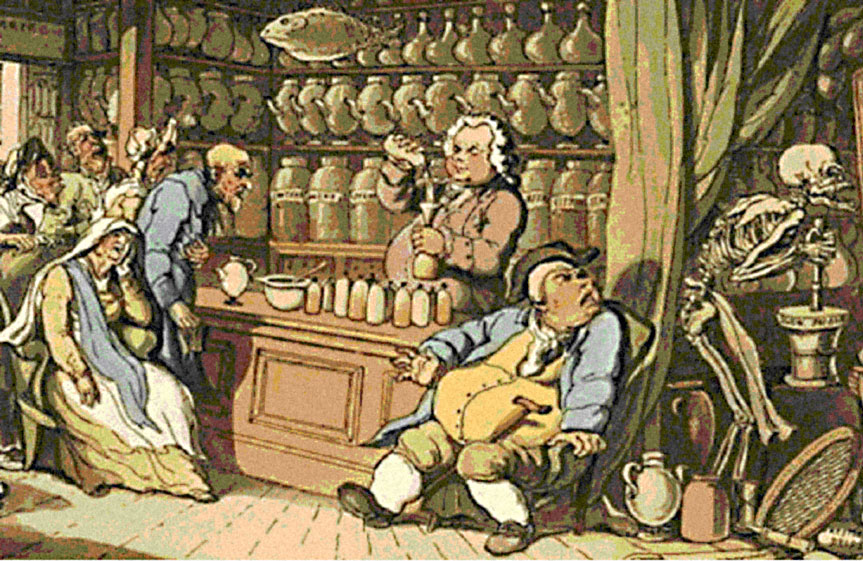 Death and the Apothecary, or, The Quack Doctor, by Thomas Rowlandson

Nowadays, he would no doubt have added that onions are about 89% water,  9% carbohydrates (to include 4% sugar, and  2% dietary fibre) 1% protein – and negligible fat. With hardly any calories, who cares if they give you wind, to say nothing of a somewhat powerful breath…

I have never understood why it was usual for pharmacists to hang a stuffed crocodile outside their shop but I was delighted to see that a Nile croc is on display  in the Royal Pharmaceutical Society museum. I don’t think even they know where it came from – or whether it was just a rag week stunt.

O.K. One final Rowlandson to end with – entitled the Apothecaries Prayer. What did apothecaries pray for? A cure to all ailments, an end to Covid 19? No,  quite the opposite! It actually reads:

“Oh mighty Esculapius! Hear a poor little man overwhelm’d with misfortunes, grant I beseech thee to send a few smart Fevers and some obstinate Catarrhs amongst us or thy humble supplicant must shut up shop…”

“and if it would please thee to throw in a few Cramps and Agues, it would greatly help thy miserable servant, for on the word of an apothecary, I have scarcely heard the music of Mortar these two month…” 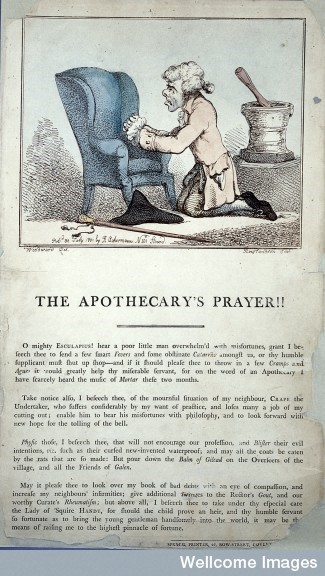