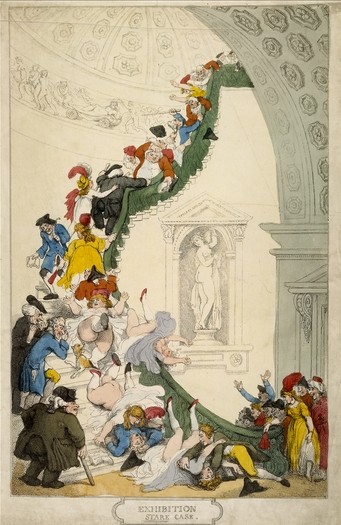 I came across this lovely Rowlandson print at the British Museum website where it appears under the heading “Victims of the steep staircase reveal all”. It is a commentary on the popularity of the Royal Academy summer exhibitions – first held in the new Somerset House in 1780. Somerset House, designed by Sir William Chambers in 1776, with grand entrances on the Embankment and the Strand, provided a spectacular 18th Century Courtyard and a memorable River Terrace on the Thames. It had been designed as a new complex of government buildings with the Royal Academy as its centrepiece. Chambers proclaimed it ‘an object of national splendour as well as convenience’ and ‘a monument to the taste and elegancy of His Majesty’s reign’

It is now the home to the Courtauld Institute, and it quickly became famous for its elegant staircase. In the print Rowlandson is suggesting that the elegance of the design took priority over the functional requirements – after all, some 61,381 people attended the very first exhibition and crowds frequently built up. Rowlandson carries this idea across to show people tumbling down the stairs, head over heels, much to the delight of dirty old men on the sidelines!

A modern view of the  spectacular staircase.

For the outside of Somerset House, I rather like this view of the choppy River Thames, with St Paul’s cathedral in the background to the right. This water-colour was painted by Edward Dayes around 1790

Inside, it is worth remembering how close together the paintings at the Exhibition would have been displayed – as here in the Ackermann series “Microcosm of London” (in part a collaboration between Pugin, who did the architectural detail, and Rowlandson who supplied the figures). 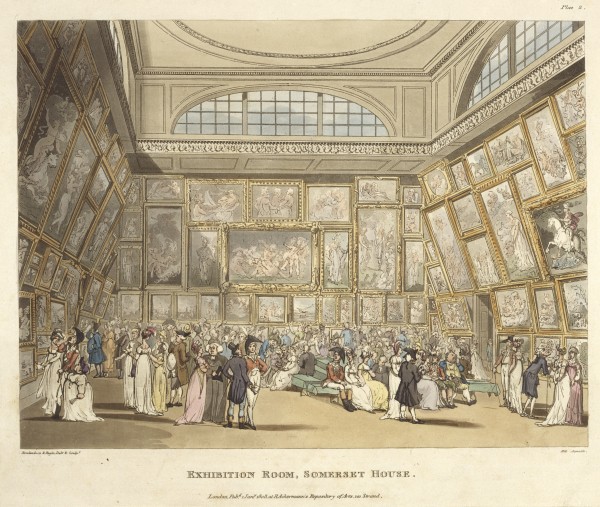 And finally, my ancestor Richard Hall’s own favourite view of Somerset House. Well, I say that because he bought the print and then used it to make a concertina pocket to keep miscellaneous papers in! 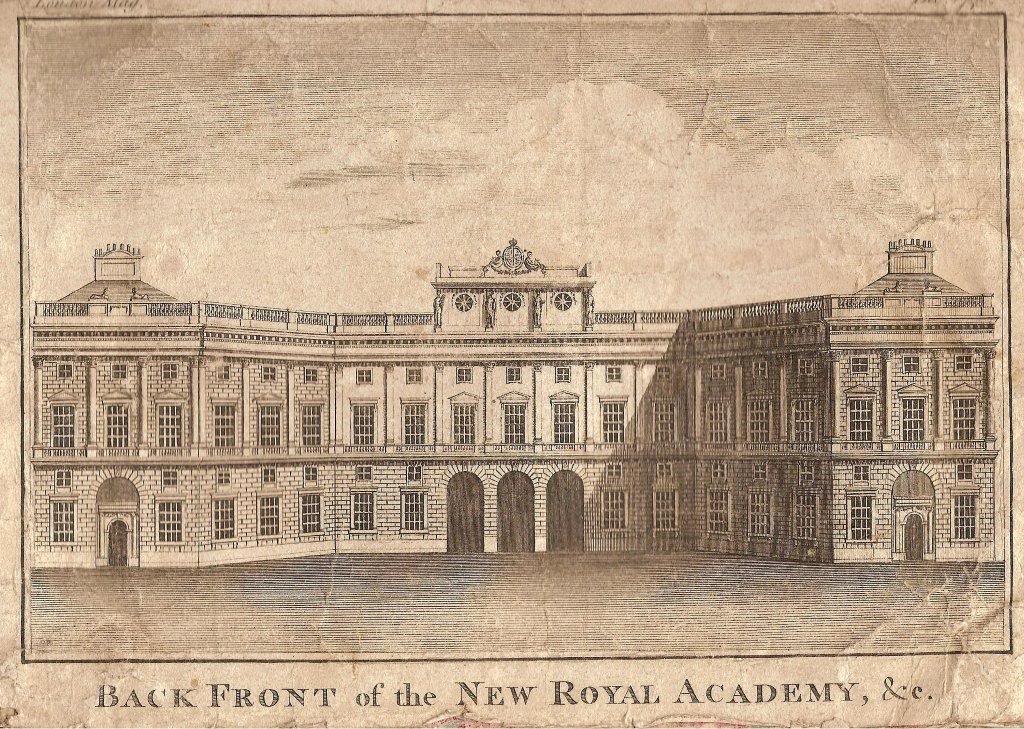 7 Responses to “All fall down – Rowlandson’s take on the Royal Academy staircase.”