1787 was an interesting time for men’s fashions. I was rather taken with this print, shown courtesy of the Lewis Walpole Library at Yale University, entitled “Such things are : Telles choses sont : that such things are we must allow, but such things never were till now. ” 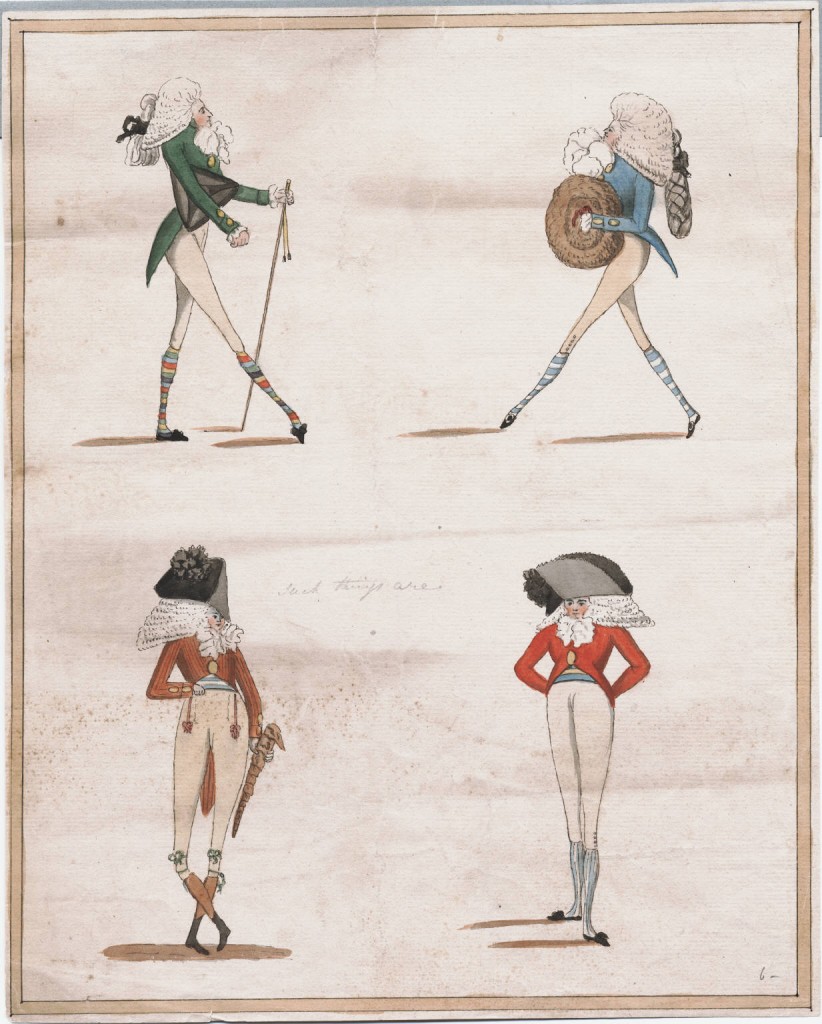 It was intended as a companion to the equivalent print on ladies fashions, which I included in my earlier post on muffs.This one shows four figures of dandies, one with a huge muff, one with a tall cane, all with the high waist, tight trousers, and exaggerated ruffles at the neck. Until I saw this I had no idea that stripey knee length stockings were all the rage in 1787. As Richard Hall, my 4xgreat grandfather was a maker of silk hosiery and no doubt wished to be at the height of fashion at his premises at One London Bridge, it is a fair bet that he made, or at least stocked, fine leg-wear like these!