I remember outraging one of my former partners, a born-again Christian, by writing about the bible. No capital letter – and I was taken to task about not referring to it as The Bible.

What the heck, to me it is a book, and a fascinating historical record. I am lucky enough to have the original Geneva Bible which Richard Hall owned, printed in the 1560’s, and I had it re-bound recently in finest calf-skin in the hope that it will survive for another 450 years. 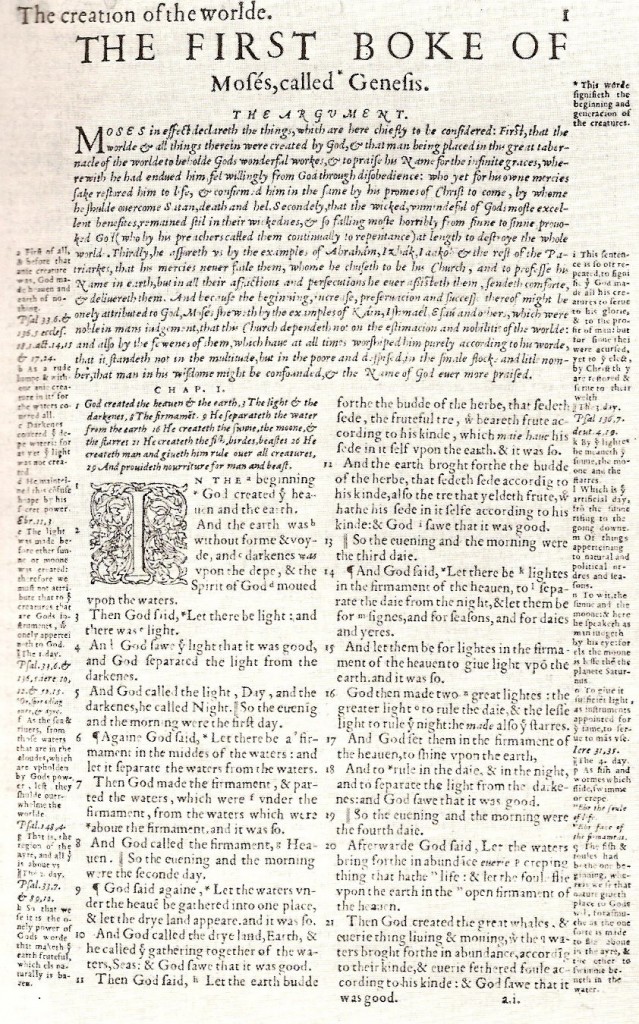 But my interest is in the odd details of a biblical nature which Richard jotted down: let us be honest, you have to be a bit of a nutter to start counting words, or even worse, the letters in the Bible. (Three million five hundred and sixty six thousand four hundred and eighty letters to be precise, if you need to know for your quiz down at the local pub.) Not content with that, someone then calculated the number of times the word “and” appeared in the Old and New Testaments…. talk about being bored during a VERY long sermon!

Anyway, just to share this obscure information, gleaned in the days before automatic word-count and word-search, here is Richard’s running total: (Just to make it clear, there are three columns in the first bit – Old, New, and Total and, most unusually for Richard, he has written across both halves of the page rather than making it as two columns, left and right). 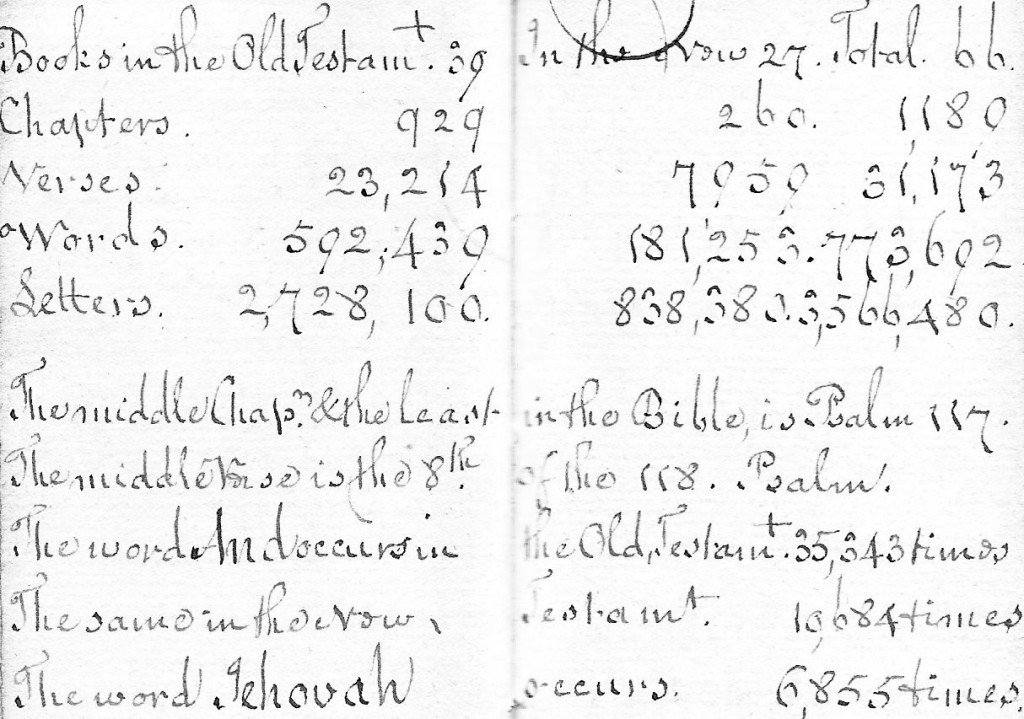 It all seems a bit “never mind the quality, feel the width” – as if the book was to be judged by its length rather than its content. And why stop with counting “and” and “Jehovah” – what about “the”? How many donkeys? How many floods and tempests? I find it all very worrying, especially as you might just finish counting and then discover that some well-meaning fool has brought out a new and improved version, and you have to start counting your “ands” all over again….