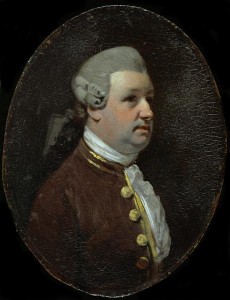 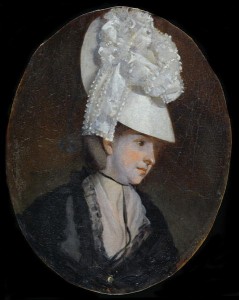 I recently came across a painting by an artist I had never heard of – Henry Walton. Paraphrasing his entry in the Oxford Dictionary of National Biography:

Walton was born in 1746, and was baptized on 5 January in that year at Dickleburgh, Norfolk. He was one of three children of Samuel Walton, yeoman farmer, and his wife, Ann Newstead. Father served as churchwarden and overseer of the poor. Little is known of Henry’s early schooling but the collection of books belonging to him at his death suggest that he could read Greek, Latin, and French, so presumably he had a very thorough education. 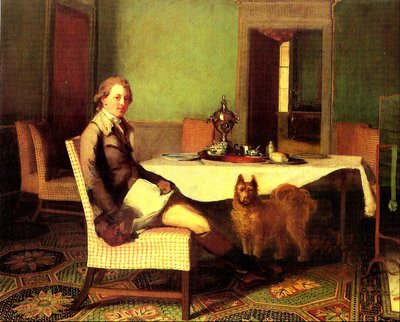 A Gentleman at Breakfast, painted in 1775

In 1765, aged nineteen, Walton moved to London, although it is not clear whether he had a trade or formal training at this stage. The first recorded painting by him was a husband-and-wife portrait dated 1768. In 1770 he enrolled at the Maiden Lane Academy, in Covent Garden, London, to study Art, and while there became a pupil of Johan Zoffany. By 1771 Walton was living at Great Chandos Street, Covent Garden, painting portraits in oil and miniatures, often featuring close friends and family. 1771 saw Walton elected a fellow of the Society of Artists, where he exhibited two portraits. In 1772 he was elected a director of the society, showing four works at that year’s exhibition. He exhibited there again in 1773 and 1776. 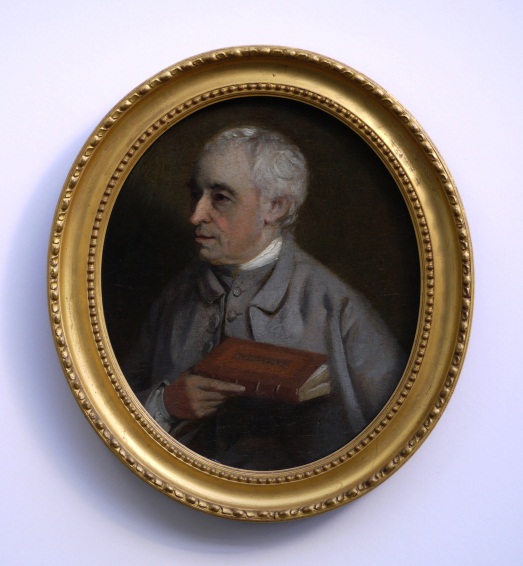 On 10 September 1771 Walton married Elizabeth Rust, the daughter of a wool draper and herself a miniature painter. She came from the Suffolk village of Wortham and shortly after the marriage Henry Walton purchased Oak Tree Farm, in the village of Burgate, near to Wortham, and converted one of the cottages into a house and studio. The marriage was to prove childless.

While he was initially drawn to landscapes, during the early to mid-1770s Walton seems to have concentrated on working as a portrait painter, presumably because it was easier to get commissions for these from the Suffolk gentry. 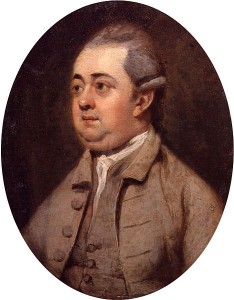 He also painted Edward Gibbon on at least half a dozen occasions (including this one at the National Portrait Gallery).

Another was of Horatio Walpole, first earl of Orford: 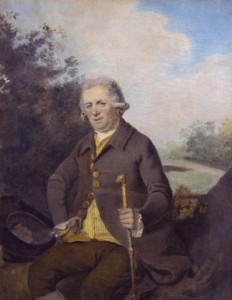 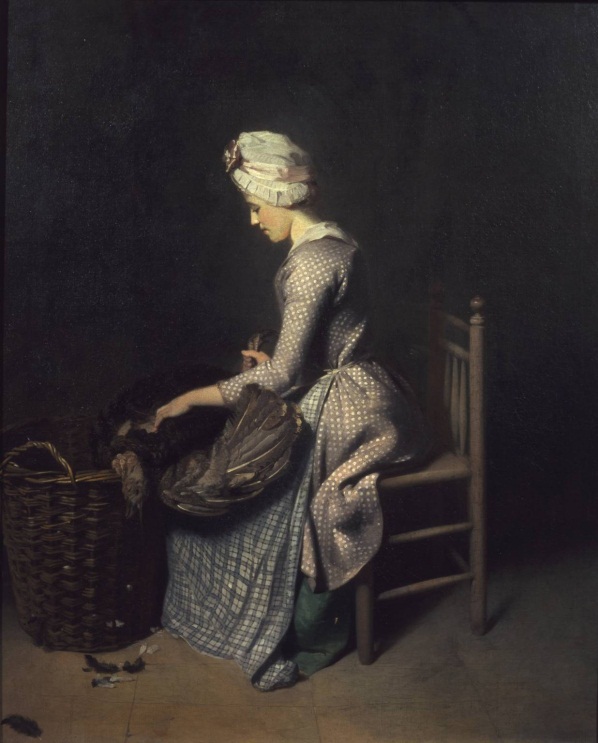 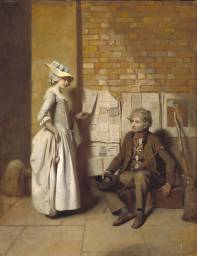 A Girl Buying a Ballad

In November 1778 Walton was turned down for membership of the Royal Academy, allegedly because of his prior connection with the rival Society of Artists. Feeling snubbed, he showed only two more works there in 1779 after which he ceased to exhibit altogether. During the 1780s Walton devoted himself increasingly to his farm in Burgate. He also travelled to Yorkshire, where he painted portraits of important local families. 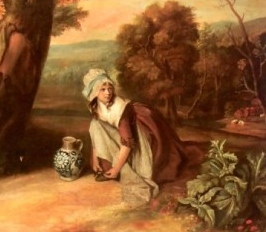 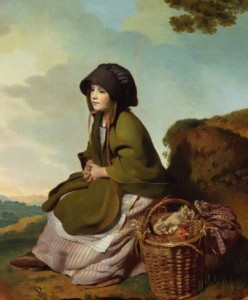 By the early 1790s he was established as a picture dealer and adviser to some major private collectors, notably Lord Lansdowne, Lord Fitzwilliam, and Sir Thomas Beauchamp-Proctor, to whom he sold a Poussin from the collection of Sir Joshua Reynolds. Walton’s expertise was apparently such that ‘there was scarcely a picture of note in this country, with the history of which he was unacquainted’ . Walton continued to paint local Norfolk and Suffolk families well into the early 1800’s. By 1810 Walton was in poor health, having contracted a fever ‘which caused a great alteration in his appearance’. One evening in May 1813, on returning from a party to his London lodgings in New Bond Street, Walton complained of feeling ill. He was found dead in bed the next morning, the immediate cause of death being described as “hydrothorax and pleurisy” and he was buried near his parents in the churchyard at Brome, Suffolk.