An Exquisite – how Dandy!

In the Regency period another word for ‘a dandy’ was ‘an exquisite’ and whatever the name, caricaturists simply loved to mock them!

Here are a few, linked by their titles, appearing courtesy of the Lewis Walpole Library site. The first is entitled “An exquisite alias dandy in distress!” and shows our hero, thin as a rake, trying to retrieve his handkerchief despite the tightness of his trousers! 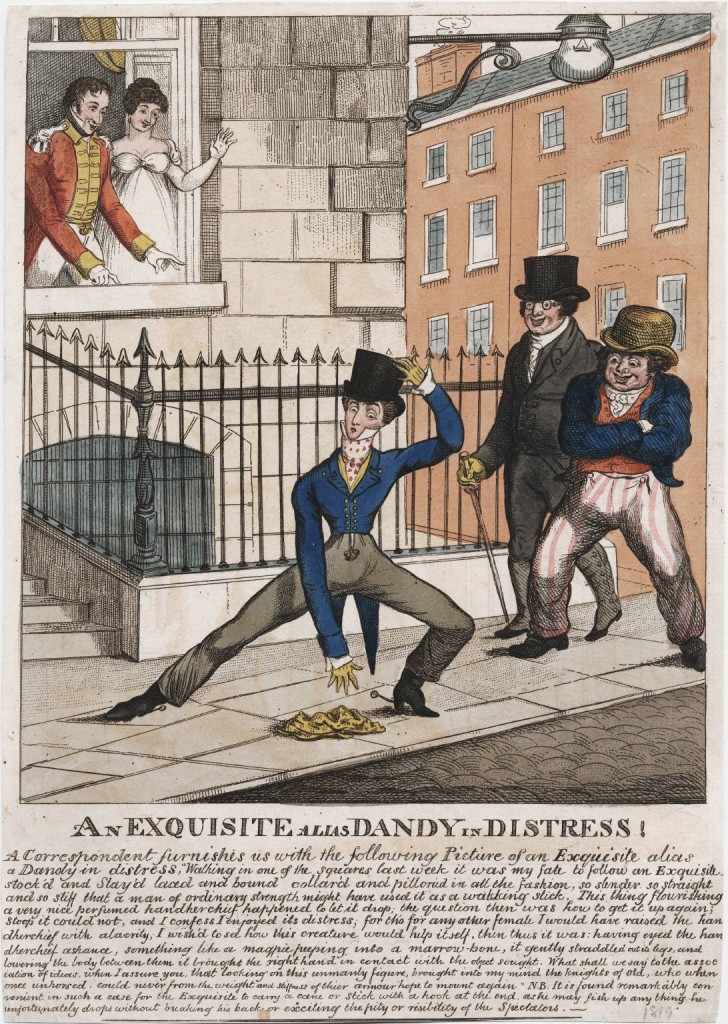 Another one, called simply “An Exquisite” from G M Woodward’s Hudibrastic Mirror, shows our hero admiring himself in the cheval glass: 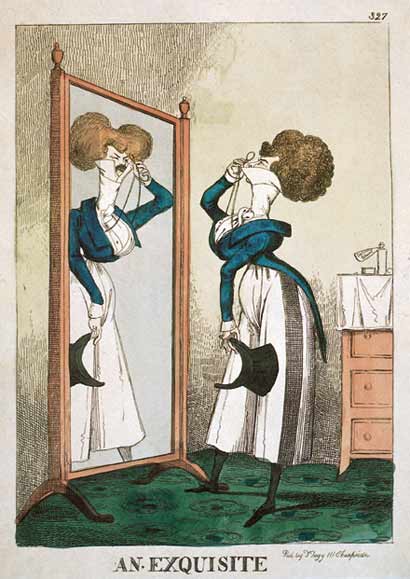 Another reflective image is this one from 1818: 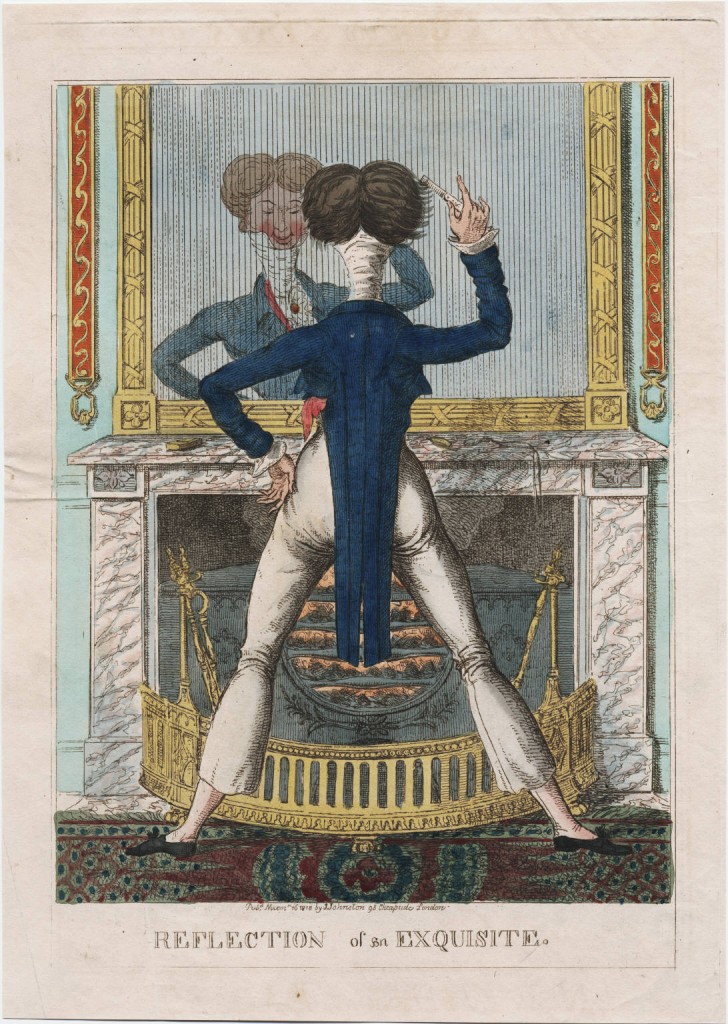 A  common theme in  these lampoons is that these precious dears are prone to a fit of the vapours and likely to be blown over in a breeze. Here we have Robert Cruikshank’s ‘A dandy fainting, or, An exquisite in fits : scene a private box opera’ from 1835 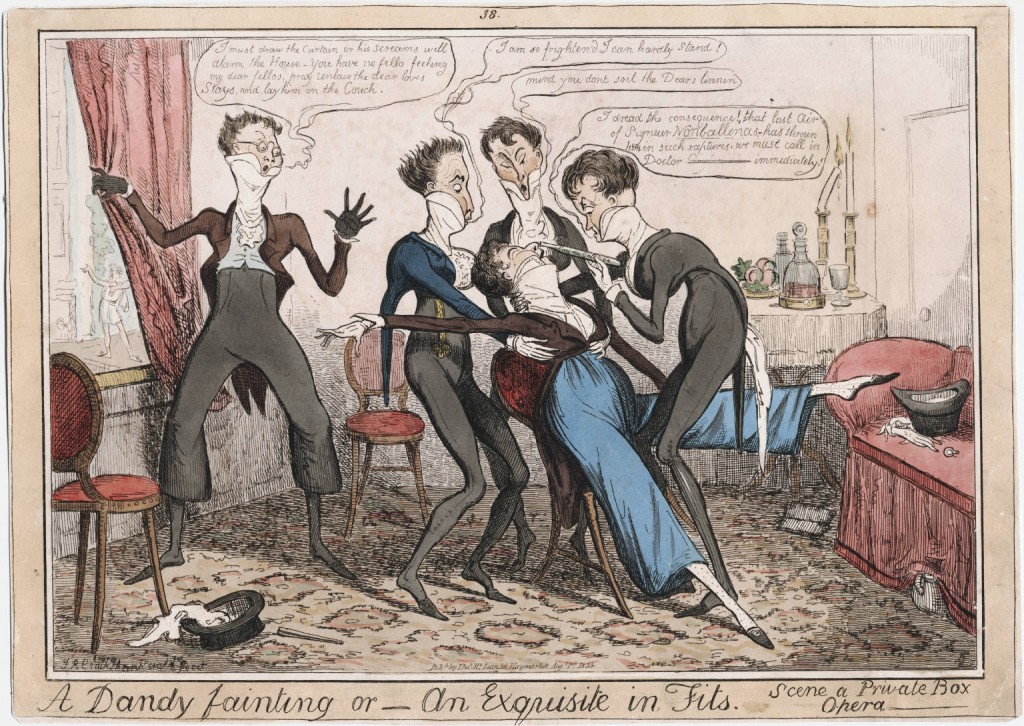 The gentleman on the left  declares “I must draw the curtain or his screams will alarm the house – you have no fello feeling my dear fellos, pray unlace the dear one’s stays, and lay him on the couch” Next to him a dandy remarks “I am so frightened I can hardly stand” while his colleague urges “Mind you don’t soil the Dear’s linen.” The next man comments “I dread the consequences! That last Air of Signeur Nonballinas has thrown him in such raptures we must call in Dr —– immediately” as he wafts a phial of Eau de Cologne under his nostrils.

Ah Beau Brummel, it may not have been what you wanted, but it is what you led to!

3 thoughts on “An Exquisite – how Dandy!”