Having been commissioned to write a book on sex and sexuality in the eighteenth century, I started, as is my universal habit, by looking through the works of Gillray, Rowlandson and other caricaturists for inspiration. 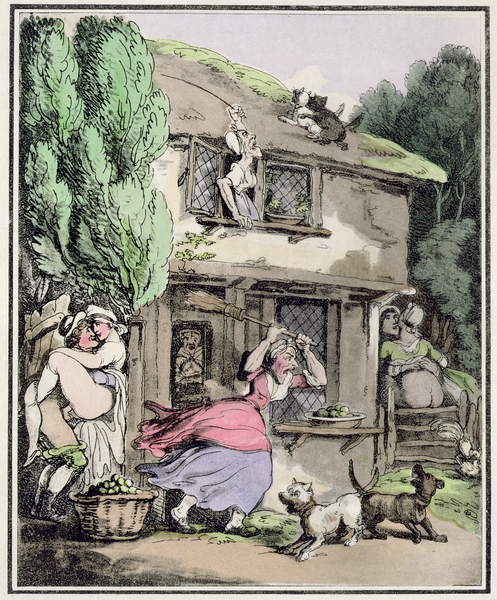 Here are two which caught my eye – definitely from the top shelf. The first is interesting in not relating to life in the capital, but suggesting, shock horror, that people in the country had sex. It is Rowlandson’s picture of ‘Sex around a country cottage’, and shows the irate old lady of the house, brandishing her broom at two dogs who have already engaged in coitus and are locked end-to-end. On the roof,  a pair of cats are at it like … cats, and no-one is taking any notice of the two sets of lovers having it off in the garden.

The second came to my attention as an interesting variation of a duet on the piano…. 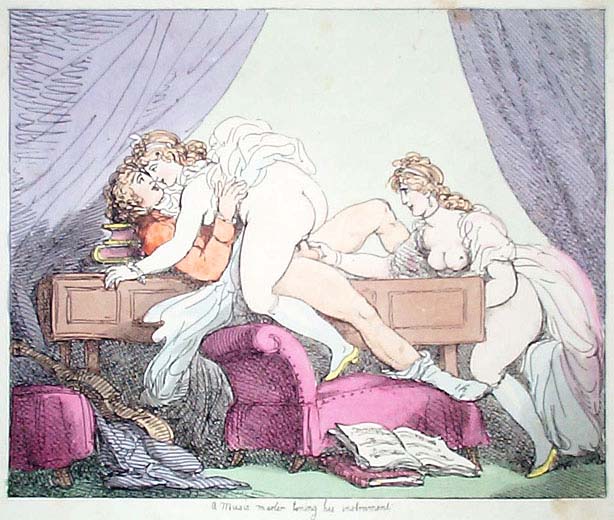 It is by Rowlandson,  and was probably etched some time after 1790 and before 1810, and bears the title ‘A music master tuning his instrument.’

I wish an indecently splendid New Year to everyone. Now excuse me, I must get down to some more research for next year’s book….