When idly perusing the newspaper reports from the 18th Century I occasionally come across stories which completely  distract me from whatever I was looking for. That is certainly true of this gem, from 1771. It appeared in the Reading Mercury & Oxford Gazette on 21st July: 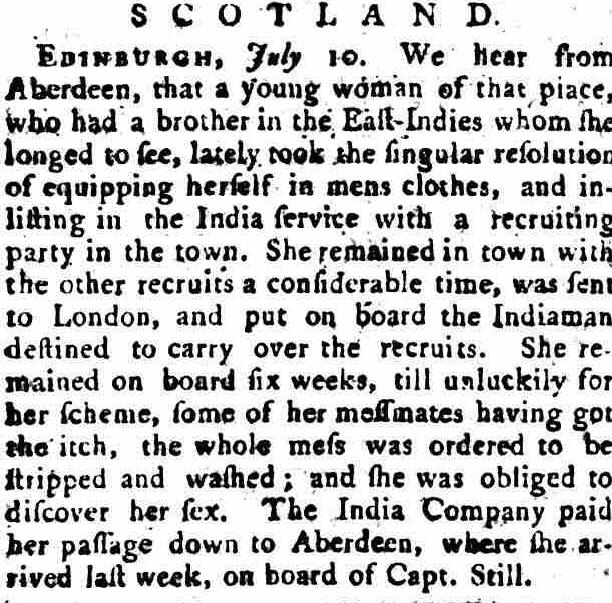 Now I have to admit – I am not especially close to my sister – certainly I wouldn’t expect her to put her coat on, let alone cross the street to come and see me. So the idea of a sibling dressing up in a man’s garb and travelling half way round the world is an intriguing one. How wonderful that the deception was exposed by so lowly a creature as the common louse! It would have made for an interesting shower scene….

2 Responses to “An itch reveals all…… a lousy secret.”