Another chance to mark the death of a great Frenchman – Louis-Antoine, Comte de Bougainville.

Time to dust off a blog I did a year ago commemorating the death of a remarkable Frenchman: 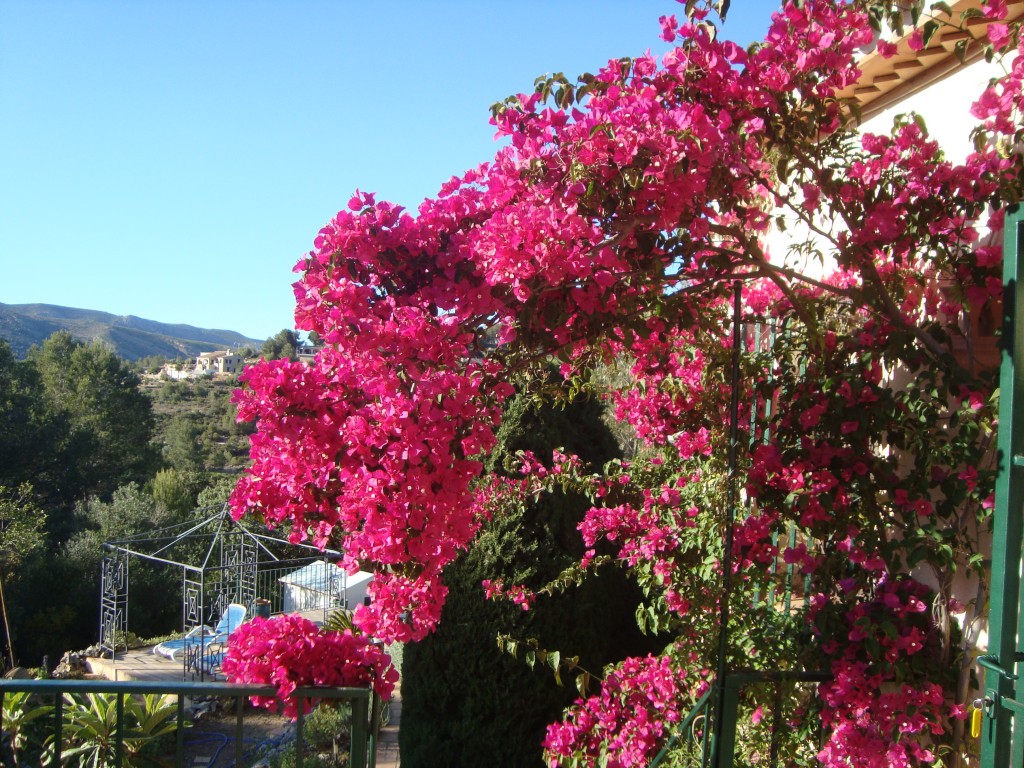 Every so often, I have a complete mental aberration and decide to write something nice about a Frenchman. What has prompted it this time? Looking out the window at the magnificent bougainvillea which has spread across the head of the steps leading from my terrace here in Spain. And yes, I am well aware that the brightly coloured red papery ‘ petals’ are actually bracts, not flowers. The flowers are small, white and insignificant. The plant grows like wild-fire, and has vicious spikes which retaliate if ever you try and prune the beast… 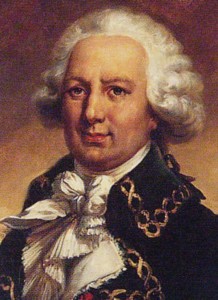 But the point is: it got me thinking about Louis-Antoine, Comte de Bougainville, because he really was a remarkable man.

Yes, he was a thorn in the side of the British (perhaps that is why the plant was named after him!) but he was also a great explorer, the first Frenchman to circumnavigate the world, and a very talented man. Born in  1729 (the same year as my ancestor Richard) he showed early signs of being a brilliant mathematician, publishing books on calculus. He then packed that in, and joined the French army, seeing service in the French territories of North America during the Seven Years War. 1759 was spent harrying British troops along the St Lawrence River, preventing them from landing, and cutting their supply lines.

He was involved in the battle on the Plains of Abraham  in which Quebec fell to the troops led by General Wolfe, and later became a diplomat, involved in negotiating the terms of the Treaty of Paris, which marked the end of the Seven Years War. So far, nothing very naval about him. As part of the peace settlement large numbers of Acadians – settlers of French origin who had established homes in what are now Eastern Canada’s Maritime Provinces, (such as Nova Scotia, New Brunswick and Price Edward Island ) – were  chucked off their land and forced to return to France. Good old Bougainville felt bad about that, and out of his own purse set up an expedition to re-settle the Acadians…..in  the “Isles Malouines”. We know them as the Falkland Isles…. Bougainville accompanied the expedition which claimed the islands for France in April 1764. He must have been a tad miffed when the French then did a deal with the Spanish and ordered him to hand control over to the Spanish. It was after all his money which had financed it all, but he was “bought off” to the tune of 700,000 francs, and Spanish the Falklands became. At least until 1766 when Captain Macbride on the frigate ‘Jason’ called by, and announced that it was really a British colony after all….. 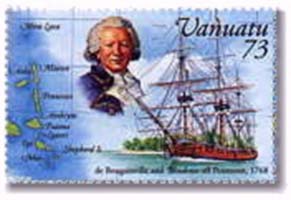 In 1766 he was granted permission to establish an expedition to circumnavigate the world – something no other Frenchman had done before. With two ships called La Boudeuse and  the Étoile  and a crew totalling 330 men (well, 329 actually) he set sail on 15 November 1766.

One of those on board was the botanist Philibert Commercon, who was accompanied at all times by his valet, one Jean Baré (otherwise Jeanne Baret). Female, but always dressed in a man’s clothing. How she managed to conceal her gender from over three hundred randy Frenchmen for eighteen months is a bit of a mystery, but as a twenty-seven year old she was apparently able to masquerade as a young man in Tahiti, which they reached in March 1767.  She later returned to France, the first woman to sail round the globe, and died at a ripe old age in 1807, taking with her to her grave the story of her remarkable life. Bougainville wasn’t the first to discover Tahiti, but he thought he was, since he was unaware that an Englishman called Samuel Wallis on HMS Dolphin had landed there in the previous year. 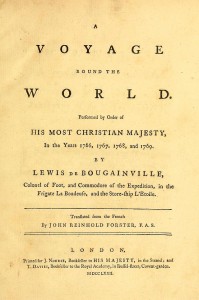 Bougainville published his travel-log as Voyage autour du monde  in 1771, translated into English and re-published the following year as A Voyage Around the World. It created  a sensation, with its description of the noble savages of Tahiti and their idyllic existence.

He didn’t have a chance to put his feet up for long: he played a crucial part in the French victory at the Battle of the Chesapeake, a turning point in the American War of Independence, and which led to the eventual defeat of Great Britain. At the age of 52 he then decided to get himself married, fathering four sons (including one poor blighter lumbered with the name Hyacinthe…) all of whom went on to serve in the French armed forces. In 1782 he got caught up in the Battle of the Saintes in which Admiral Rodney dealt a crushing blow to the French Navy in the Caribbean, led by  the Comte de Grasse. Somehow Rodney failed to press home his advantage, and Bougainville was able to slip through the net, extricating eight ships of the line and sail them to safety. His action prevented the defeat from being a catastrophe – in itself, a sort of victory. 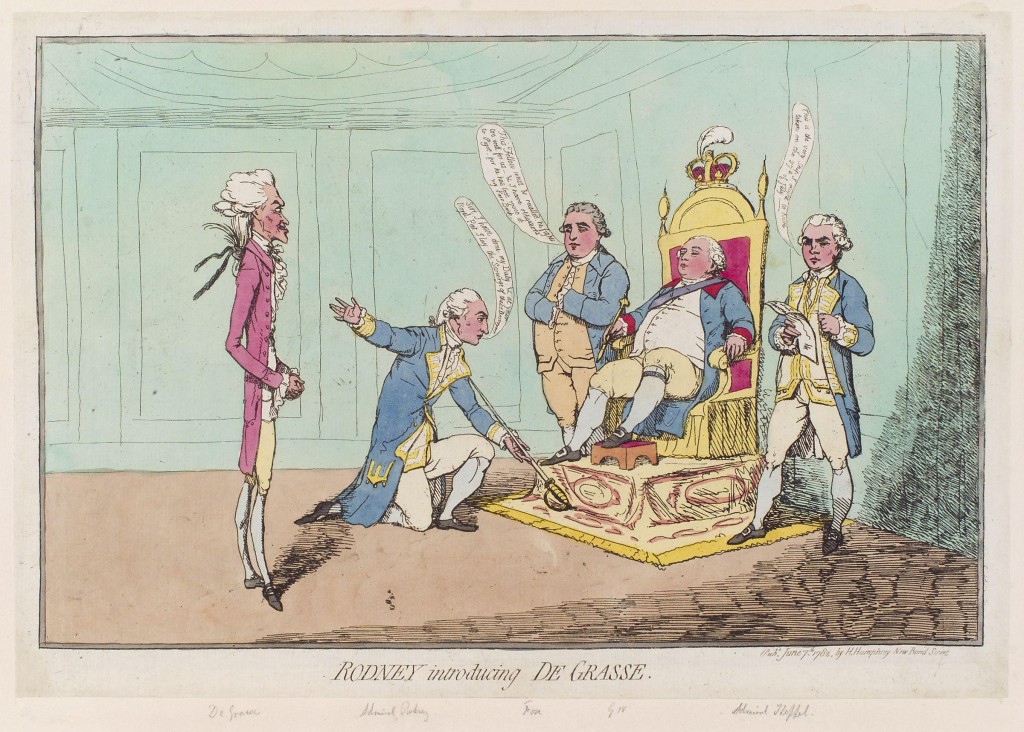 He then apparently decided to explore cooler waters, and proposed a trip to the North Pole! The French government was not enthusiastic, and he had to abandon the idea. In 1787 he was made a member of the French Academy of Sciences, and in 1804 Napoleon made him a Grand Officier de la Légion d’honneur . Four years later, Napoleon conferred upon him the title of count (the Comte de Bougainville), and when he died on 31 August 1811 he was buried with great pomp at the Panthéon in Paris. His name lives on – as the plant, as an island in  Papua New Guinea, and in ‘Port Louis’ in the Falklands. I have also had the pleasure of reclining languidly under the Seychelles sun on Anse Bougainville, and very pleasant it was too!

Indeed, I hope to include Bougainville in my list of talks I will be giving next year when I go as guest speaker on board the Boudicca, as she visits Reunion, Mauritius, The Seychelles and the Comoros Islands. It is not that Bougainville did a lot of exploring here, but the French were hugely important in this part of the Indian Ocean, and his name will be as good a peg as any other on which to hang a talk!

I will do other talks on treasure hunting, on castaways, but possibly not on pirates as I fear that this might be a tad too close for comfort, given that the Comoros Islands are well within reach of the modern day pirates based in Somalia… And I will definitely include the story of sixty slaves abandoned for FIFTEEN YEARS on an otherwise uninhabited  strip of coral sand known as L’Ile de Sable. When they were finally rescued, only seven people were found alive – plus one baby. Given that all the rescued adults were women, it does raise the question – who was the daddy and what happened to him? How on earth did they survive on an island without any trees, without crops or fruit? How did slaves, captured from the highland areas of Madagascar, cope with adapting to living in a fishing community, and how on earth can you live off  sea birds and turtles for fifteen years? And why were there no traces of the 53 adult slaves who didn’t survive – what happened to them? Oh, and in case you are wondering, the Europeans who were accompanying the slaves all got off the island in a boat  – but there wasn’t room for the slaves so they abandoned them. Well, they did promise to come back for them, but it apparently escaped their minds … for fifteen years. Not a very edifying tale, but one which deserves to be told. 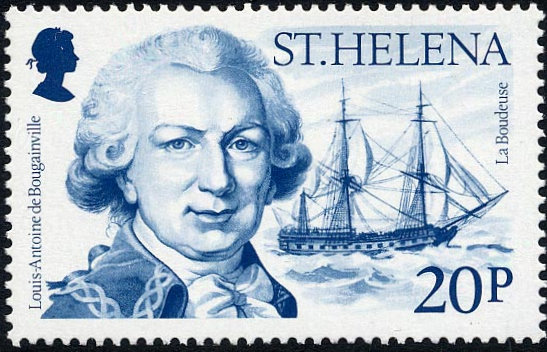 In Britain we remember Captain Cook, who was an exact contemporary of  Bougainville, but I certainly never learned about the French equivalent to Cook when I was at school all those years ago. No wonder we are such an insular and ignorant lot….

5 thoughts on “Another chance to mark the death of a great Frenchman – Louis-Antoine, Comte de Bougainville.”