If you wanted a shop which would sell you all or any of the following, where would you go?

The answer would have been to good old Nathaniel Barrow at the Indian King in the New Exchange Building in the Strand, London. His card appears courtesy of the Lewis Walpole site. 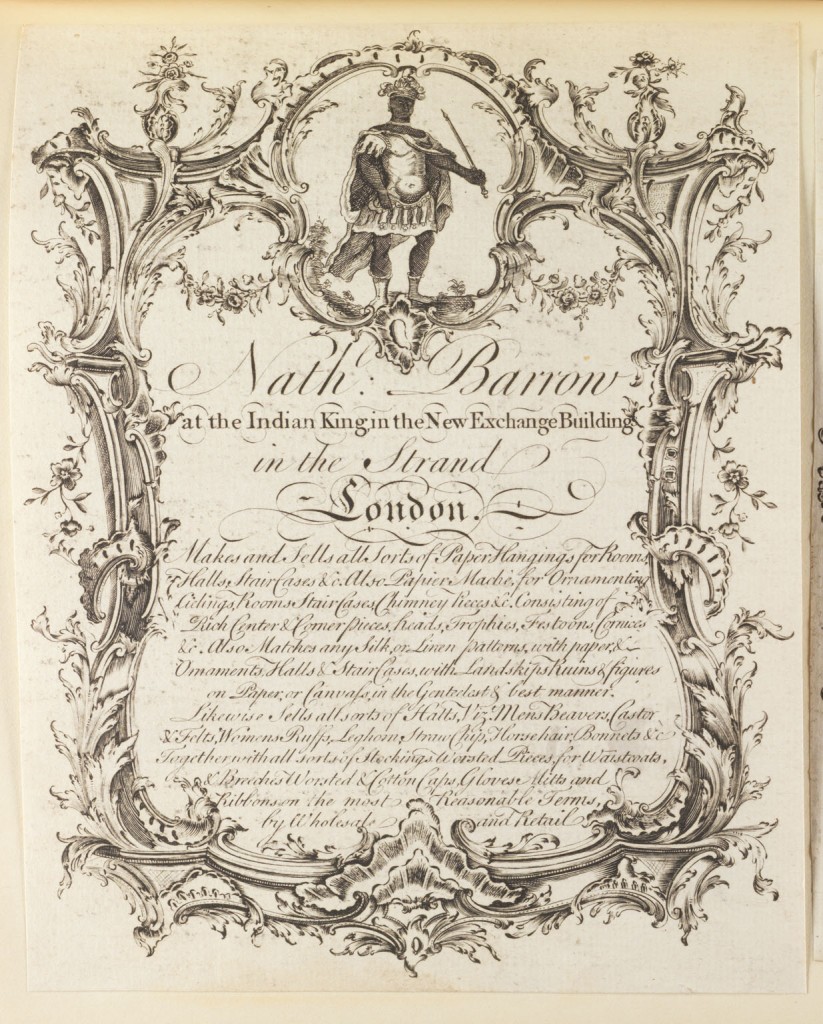 Another card redolent of the times, that of John Winning:

Let’s face it, if you wanted bedding and soft furnishings, John was yer man!

But I think I will take myself off to see Mary Hooker. Where else could you find someone who make such goodies as “all sorts of fans, French and other, necklaces, earrings, fine combs, French lavender, Hungary water, gloves & mitts of all kinds, worsted thred & cotton stockings, mens worsted dimity & cotton caps, gayle, and silk handkerchiefs, chip & other hats, plain & figurd ribbons, and all sorts of hosiery, and haberdashery wares of the newest fashion & at reasonable rates. Wholesale and retail. Fans mounted.”

I cannot think of anything more quintessentially Georgian!