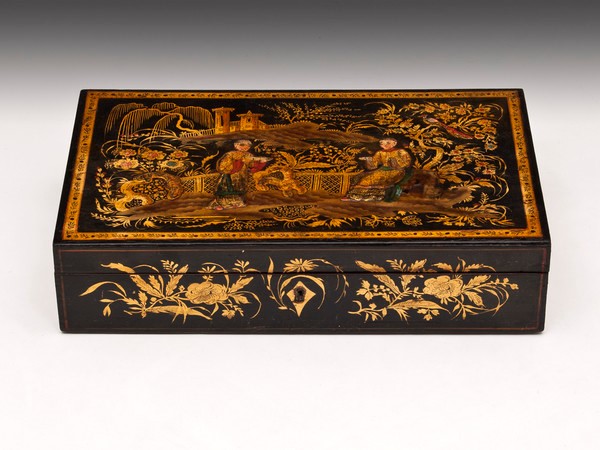 I have blogged before about the fascinating treasure trove which is to be found on the Hampton Antiques site here. This month their news letter features a “Japanned polychromed card box with a chinoiserie scene depicting two figures in a garden with a Ho-Ho bird in a tree on the lid. The front and sides of the box feature inlaid gold floral designs. The Ho-Ho bird is said to bring luck and symbolizes good fortune.” 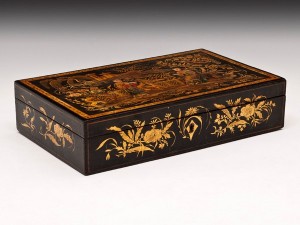 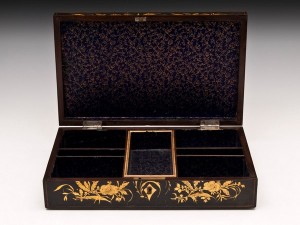 Apparently the interior is lined with a navy blue and gold patterned paper which is a later addition, and most probably done in the the Victorian period. Traces of the original blue / green paper can be seen underneath this. There is a tray to the centre of the box which removes, which would have contained counters.It dates from 1820 – an interesting time in terms of design and fashion.

It got me thinking: you have had your guests round to dinner at a fashionable seven o’clock in the evening and have dined well. The first and second removes have come and gone, and the Ladies have withdrawn to play cards, leaving the Gentlemen to drink themselves into a stupor over the Port. The lady of the house produces this gorgeous little card box – but what would the actual cards have looked like?

In this I have been assisted by a great website called ‘The World of Playing Cards here. They have a mass of information about the history of cards. In particular I was interested in a number of sets from the Eighteenth Century which would already have been antique by the reign of George IV. I especially liked  the sets relating to the 1720 South Sea Bubble scandal – with scurrilous and often coarse pictures and verse about the people involved in this early Sock Market scam. Printed from copper plates, the red diamond and heart symbols would have been stencilled on afterwards. 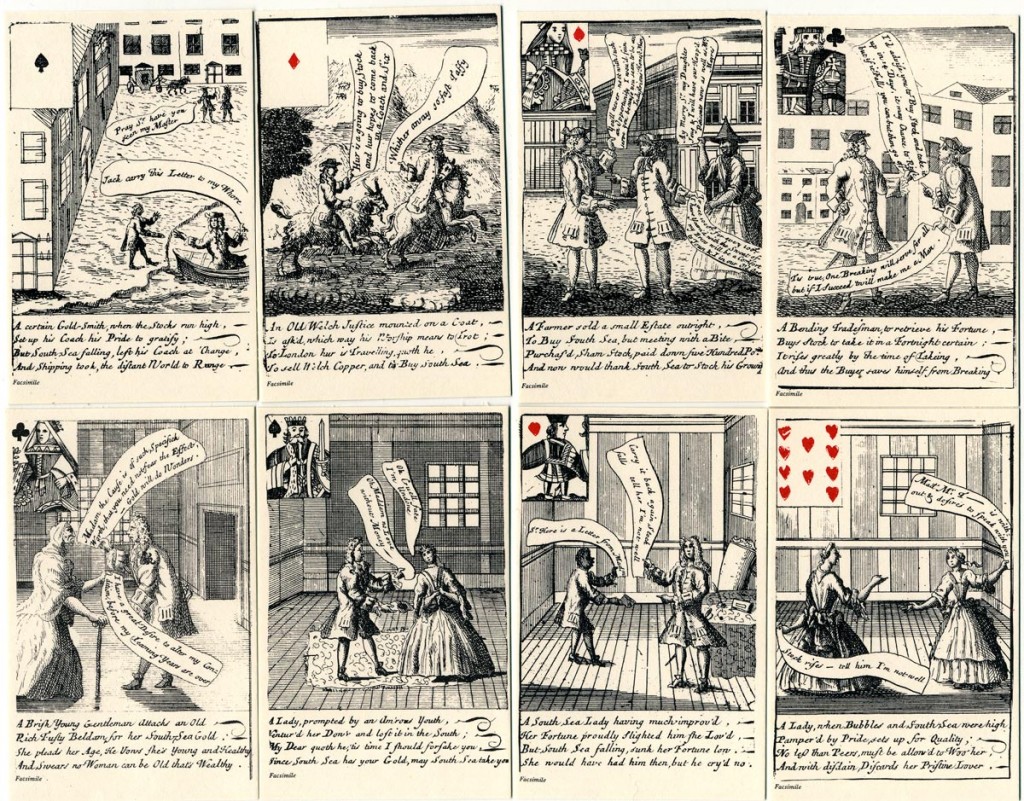 Then there were the Street Cries: 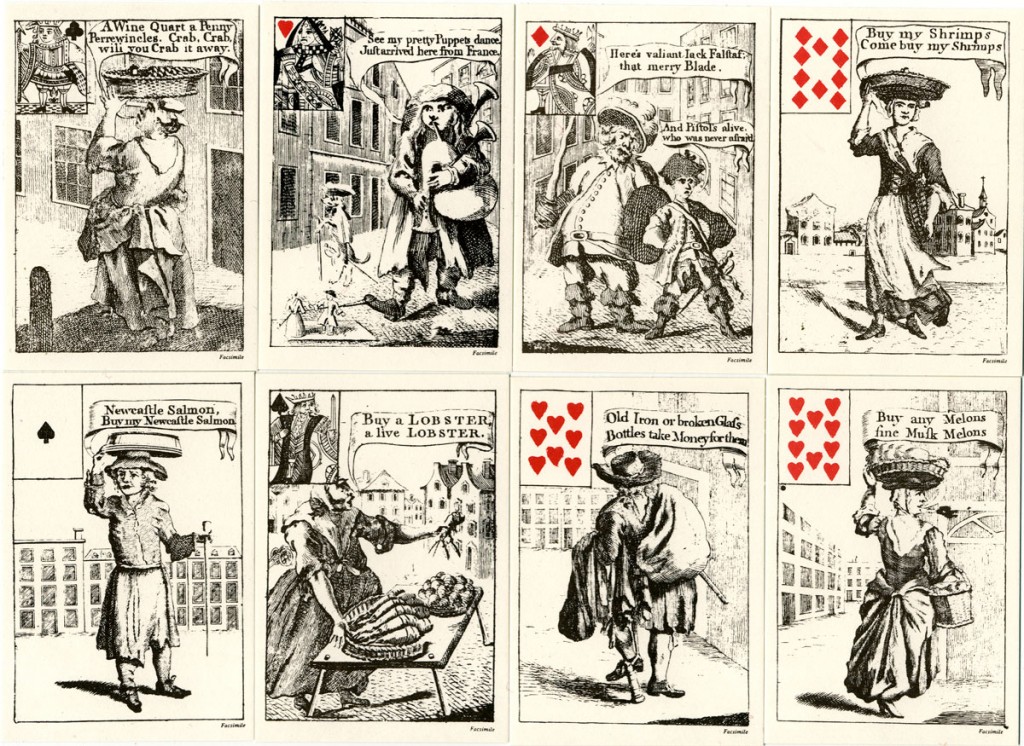 More recent sets might have been made by Gibson & Gisbourne, who had taken over the Blanchard card-making company in 1780 and who produced two-headed court cards which later came to be standard:

New out in 1820 would have been a set printed by Charles Goodall & Co, who went on to dominate the market. Jointly with arch-rivals Thomas de la Rue, they went on to produce 70% of all playing cards sold in Britain. Goodall had opened premises in London’s Soho area in the year that the Hampton Antique’s card box was manufactured. To begin with they struggled to meet demand for their  high-quality cards, Initially the backs were left plain white but in time they introduced backs with stars, fleur-de-lys and subsequently somewhat elaborate designs. Commemorative and royal images came into vogue.  More significantly, Goodall’s popularized the court cards we are familiar with today.

Fashions changed and Goodalls found themsleves no longer  able to sell two million packs of cards a year. They diversified into printing calendars and so on, but ended up merging with de la Rue in 1922. All this and more can be found on the World of Playing Cards site. More to the point if you are wanting to obtain replicas of these old card sets, so that you can faithfully re-enact your Regency card party, have a look at the site of  Harry Margary.

Meanwhile I will content myself with imagining that I own the lovely card box, complete with  either brass gaming counters minted to look like Spade Guineas, or else with mother-of-pearl fish-shaped counters which I can remember from when I played cards with my aged grandmother many moons ago!