Astley’s Circus – the story of an English Hussar

This is the story of one of the most famous and popular entrepreneurs of the 18th Century – a man dubbed “the father of the modern circus”.

Philip Astley was a teenager who yearned for adventure and above all who wanted to work with horses. He served in the British Army in the Seven Years War, learning how to train horses for battle, and then left to find his fortune in London giving riding lessons and putting on exhibitions of trick riding. In doing so he came up with a formula for entertaining thousands, with his demonstrations of clowning on horseback, juggling, rope walking and acrobatics. He dazzled with fireworks, he impressed with colour and he amazed his audiences with re-enactments of battles and sieges. In doing so he launched the modern circus, building circus premises across Europe and inspiring others to follow the trail which he blazed.

It is a story of courage and resilience, and of how one man, in the right place at the right time, achieved a remarkable success in the field of popular entertainment.

This version is heavily illustrated throughout, thirty of the illustrations being in colour. 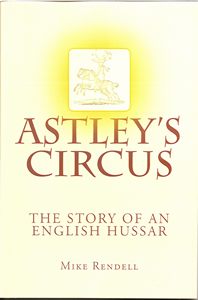