3rd October marks the anniversary of the death in 1703 of a 33 year-old woman called Hannah Twynnoy. Her ‘claim to fame’ is that she is perhaps the first person in this country to be killed – by a tiger.

The eighteenth century saw a fashion for exotic animals being towed around from pub to pub. My ancestor Richard  Hall kept the handbill for one such menagerie show, at the Talbot Inn in 1754. 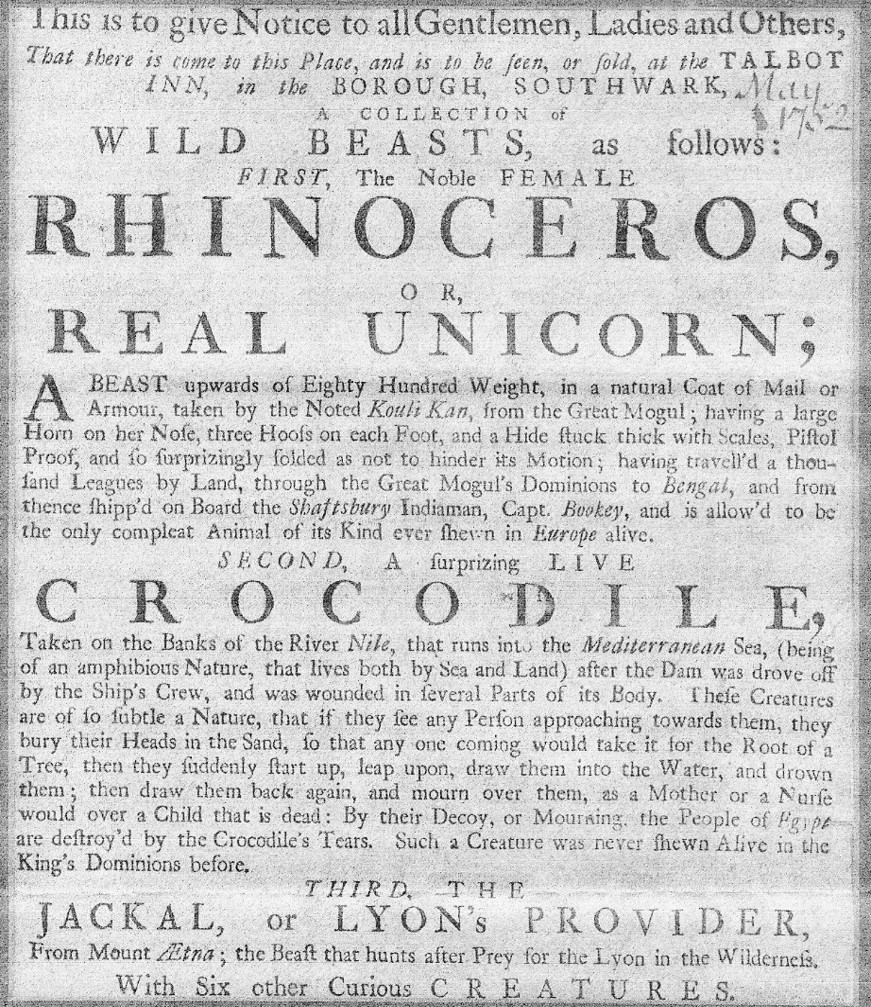 But back in 1703 young Hannah, the local barmaid, enjoyed teasing and taunting the big cat in a cage in the garden at the back of the  White Lion pub in Malmesbury. Then one day the tiger found its cage door unlocked – and took its revenge on young Hannah, mauling her to death. Her epitaph in Malmesbury Cathedral reads:

In bloom of life

She had not room to make defence;

And here she lies

In a bed of clay

Until the Resurrection Day.

Another memorial to her apparently appeared in Hullavington Church, which reads

“To the memory of Hannah Twynnoy. She was a servant of the White Lion Inn where there was an exhibition of wild beasts, and amongst the rest a very fierce tiger which she imprudently took pleasure in teasing, not withstanding the repeated remonstrance of its keeper. One day whilst amusing herself with this dangerous diversion the enraged animal by an extraordinary effort drew out the staple, sprang towards the unhappy girl, caught hold of her gown and tore her to pieces.”

So, let us remember poor Hannah: a terrifying end to a life of a woman who liked to play with pussy cats – big pussy cats….