According to Wikipedia (and we all know that to be the fount of all knowledge don’t we, boys and girls) the word apparently comes from the Italian phrase monta in banco – literally referring to the action of a seller of dubious medicines getting up on a bench to address his audience of potential customers. I looked it up on account of the variant spelling in this seventeenth century  image of a “Mountabanck or charlatan” by the Dutch artist Marcellus Laroon: 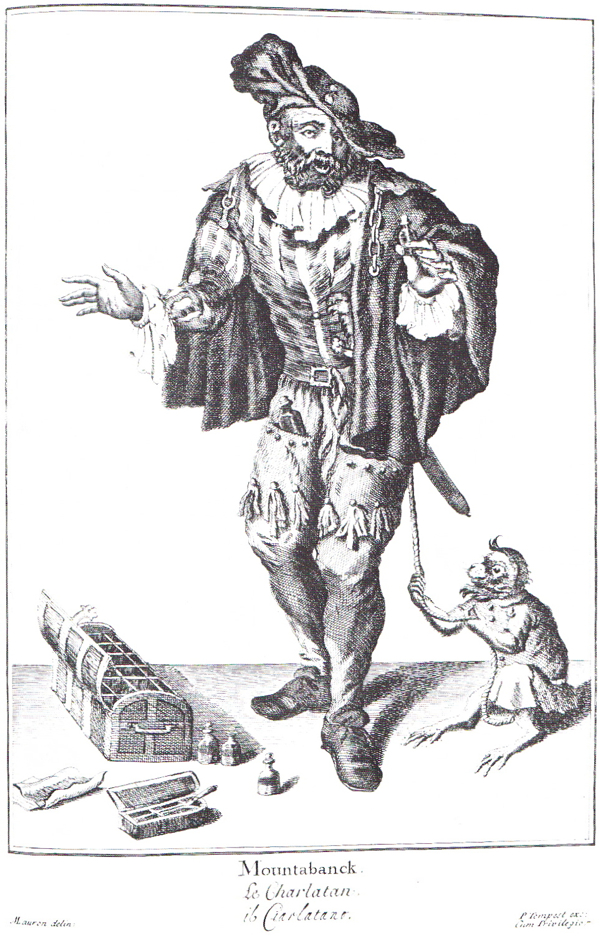 Charlatans appearing to turn glass into diamonds,  or quacks promoting spurious cures (“snake oil salesmen”) or mountebacks promising great fortune were obviously a feature of street life in the Georgian era. I came across this snippet from the London Gazette 26 October 1776: 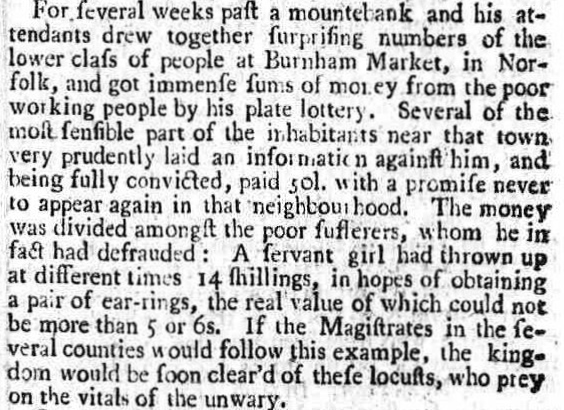 I hadn’t come across the phrase “plate lottery” before but I assume it related to a form of unregulated raffle where people purchased the chance of winning some trinket or bauble – in this case a pair of ear-rings worth no more than five or six shillings.  Apparently it was not uncommon for minor lotteries to be based upon silver plate and jewellery or even, on occasion, books.

I love the splendidly Biblical description of “these locusts, who prey upon the vitals of the unwary.” What is remarkable is how successful the guy was – the article refers to “immense sums”  which he had accumulated with his fraudulent money-raising scheme, as evidenced by the fact that he was able to pay the fine of fifty pounds – the equivalent of several thousand pounds in modern money. 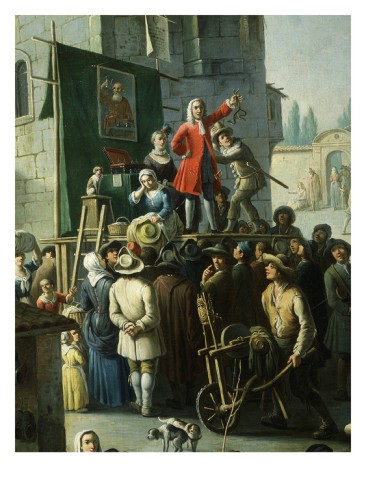 Nowadays our man would be selling fake Rolex watches, or operating in a fairground booth, offering a prize of a giant teddy bear to anyone buying a winning ticket – of which none had been printed. Nothing changes – only that most modern mountebanks seem to make their money by offering on-line fake medicines, based in countries where “locusts preying upon the vitals of the unwary” appear to be immune from prosecution. Plus ça change, plus c’est la même chose!

Now, where did I put my snake oil… 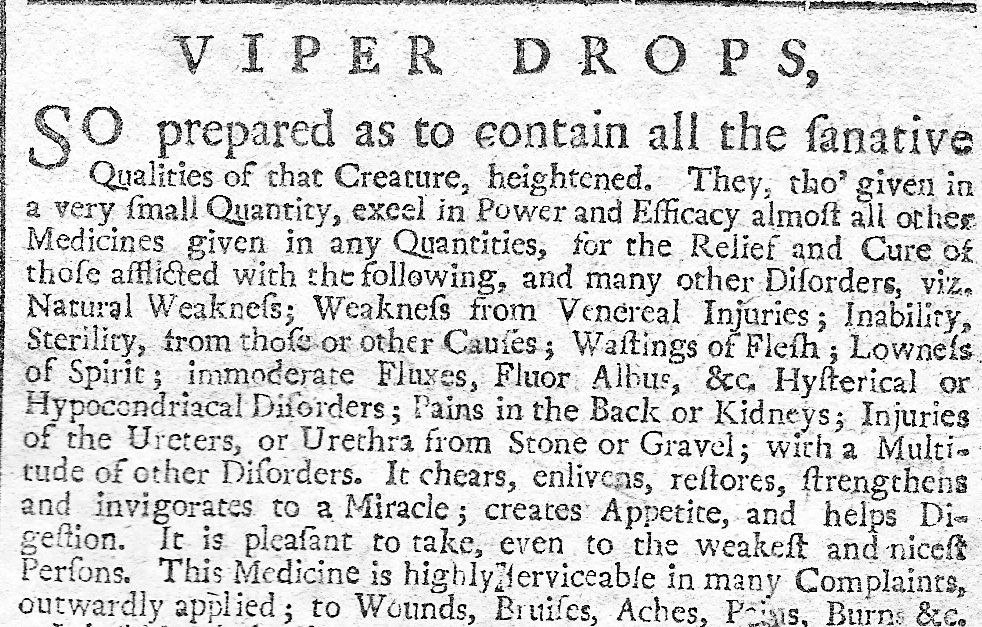 2 Responses to “Beware the mountebank preying upon the vitals of the unwary!”