Having chosen a George Cruikshank  illustration in my last blog, here is another one, dating from 1819 and entitled ‘Landing the Treasures, or Results of the Polar Expedition!!!’

The background to it was the fact that in the 19th century the British government, under the guidance of John Barrow, Second Secretary of the Admiralty, renewed its efforts to find the North-West Passage – the seaway through the Arctic, linking the Atlantic and Pacific Oceans. In 1818 John Ross was sent to look for this route, which had fascinated explorers ever since Frobisher’s unsuccessful attempt in the 1570’s. Men like Henry Hudson and William Baffin had given their name, and in some cases their lives, to exploring the area.  As for Ross, he headed one of the most controversial journeys of all because, having reached Lancaster Sound he turned round and came home, announcing that the route was blocked by icy mountains. Strangely, no-one else had seen the mountains and his crew gave  evidence suggesting that the captain was either mistaken – or an outright liar.
The etching appears on the Library of Congress site but is also to be found on the British Museum site which gives the following lengthy explanation: 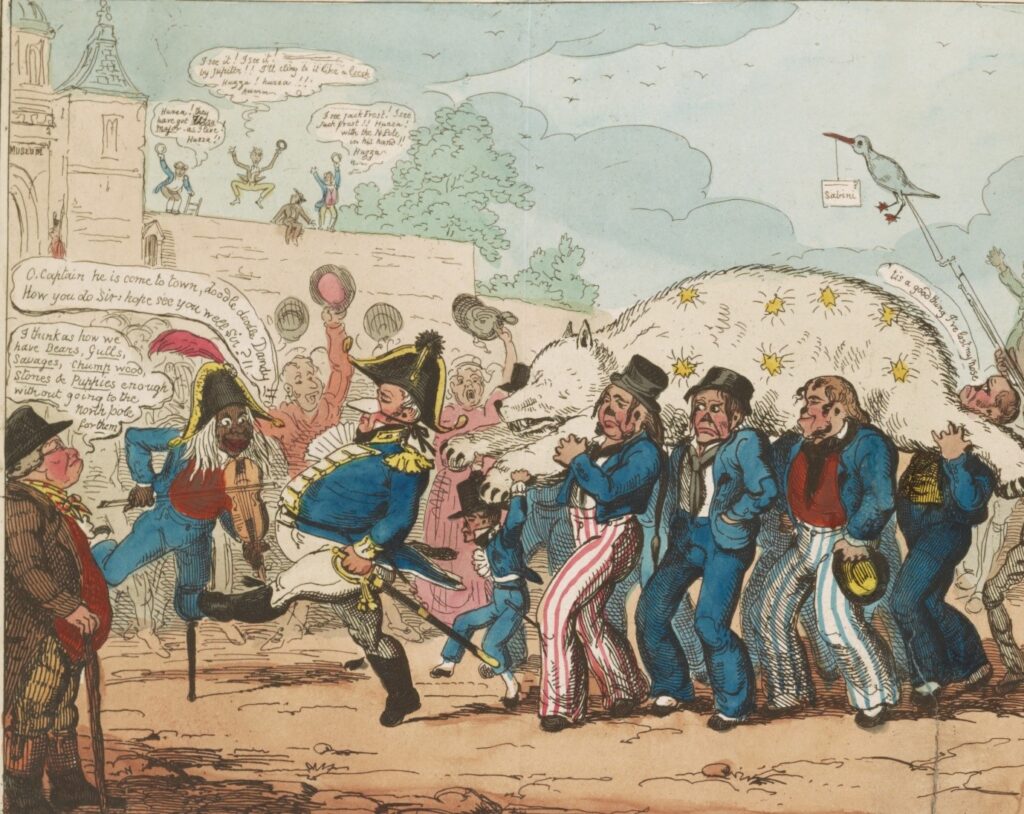 A procession headed by John Ross extends from the coast (right), where Esquimaux dogs swim ashore from a boat, to the gate of the British Museum, part of which is on the extreme left. Sailors, all of whom have lost their noses (replaced by a triangular black patch) carry the scientific objects brought back from the expedition to Baffin’s Bay. Ross, very stout, and wearing a large false nose, goose-steps pompously, ignoring a black fiddler with a wooden leg (Billy Waters) wearing a plumed cocked hat, who leans towards him, saying: “O, Captain he is come to Town, doodle doodle Dandy Ho / How you do Sir: hope see you well Sir?!!” After Ross marches his nephew, a dwarfish boy, in naval uniform, supporting the fore-paws of an enormous (dead) Polar Bear, carried on the shoulders of six sailors, the hind-legs resting on the shoulders of a seventh who says: “’tis a good thing I’ve lost my Nose.” On the bear are stars in the form of the constellation of the Great Bear. 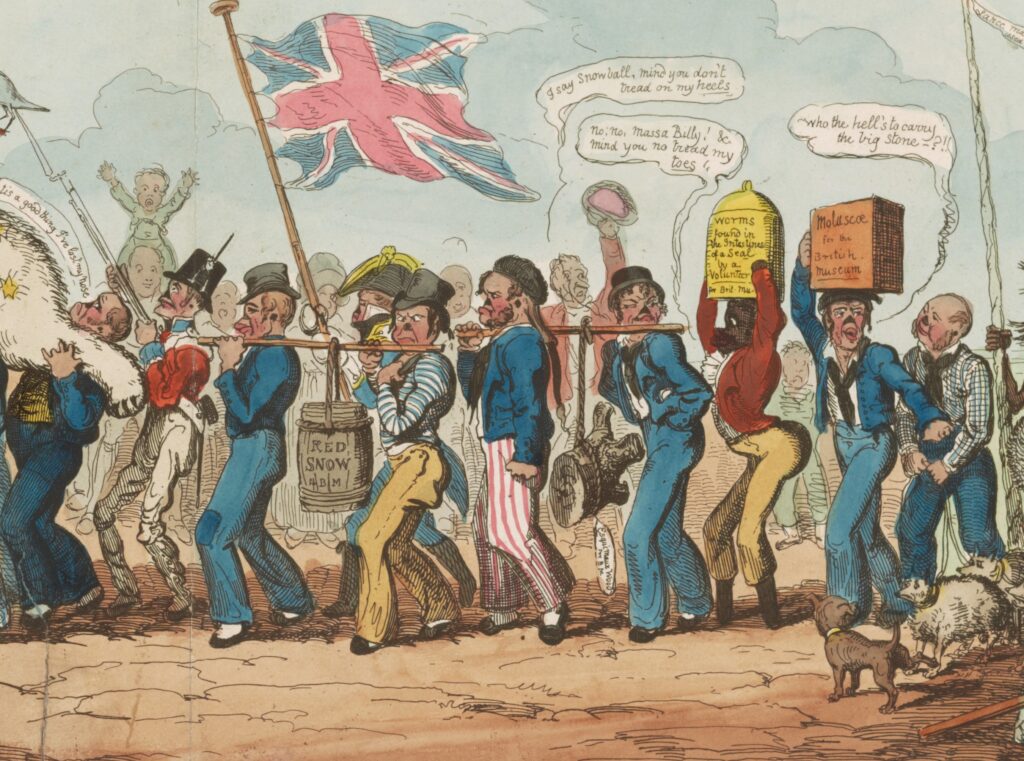 Behind the bear walks a lean military officer, Capt. Sabine, who holds up his musket with a gull spiked on his bayonet labelled: ‘-? Sabini.’ Two soldiers follow carrying a barrel slung from a pole and inscribed Red Snow for B M’. Beside them marches a naval officer holding in gloved hands the staff of a Union flag. The next pair carry between them a tree-stump labelled ‘Esquimaux Wood for B M’. One of them looks round at a black sailor behind him to say: “I say Snowball, mind you don’t tread on my heels [these are missing].” The black sailor walks on stumps and has also lost a hand. He answers: “No! No, Massa Billy! & mind you no tread on my toes!” He wears a smart short jacket and shirt-frill, showing that he is an officer’s servant. He carries on his head a large canister inscribed ‘Worms found in the Intestines of a Seal by a Volunteer—for Brit. Mu.’ 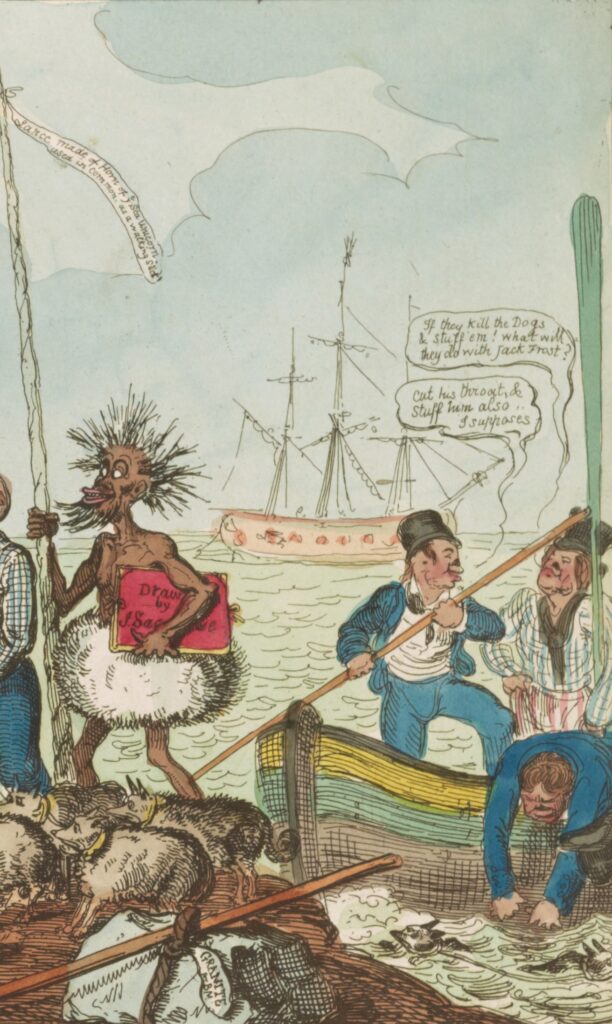 The next sailor carries a chest on his head inscribed ‘Moluscæ for the British Museum’ and points a fingerless hand to a large block of stone on the ground labelled ‘Granite for BM’, to which a pole is tied; he asks: “who the hell’s to carry the big stone—?!!” The last sailor of the procession holds the leads of four fat and frightened Esquimaux dogs who have just landed; a small British dog expresses its contempt for them. Just stepping ashore is a grotesque Esquimaux, ‘Jack Frost’, with spiky hair and beard, wearing below the waist a muff-like garment of fur. He resembles a Stone Age man by E. T. Reed. He holds a tall spiralled pole labelled: ‘Lance made of Horn of ye Sea Unicorn, used in common, as a walking stick’. Under his left arm is a portfolio. Three sailors are still in a boat; one leans over to send two dogs ashore; another with a boat-hook asks the third: “If they kill the Dogs & stuff ’em! what will they do with Jack Frost.” The sailor answers: “Cut his throat & stuff him also, I supposes.” In the background is Ross’s ship, the ‘Isabella’, at anchor, with a broom at the masthead to show that she is for sale.

The procession is bordered by a cheering crowd, hats are frantically waved, In the foreground on the extreme left is a stout, disgruntled ‘cit’, who says: “I think as how we have Bears [speculators], Gulls, Savages, Chump wood. Stones & Puppies enough without going to the North Pole for them.” In the background (left) are tiny spectators watching from the high wall of the British Museum: Sir Joseph Banks, grasping the top of a ladder, stands on the wall, waving his hat: “Huzza! they have got Eursa Major as I live! Huzza!!” Leach (1790-1836), the naturalist, leaps high, exclaiming: “I see it! I see it! the North Pole by Jupiter!! I’ll cling to it like a leech Huzza! huzza!! Huzza.” A man standing on the wall shouts: “I see Jack Frost!! Huzza! with the N Pole in his hand!! Huzza.”

Ross had returned on his ship Isabella but when the Admiralty heard evidence from William Edward  Parry, in charge of the smaller vessel the Alexander they decided to send Parry back to have another look. In 1819 he was put in charge of the Hecla, with his second in command Matthew Liddon on the Griper. They were able to prove that Lancaster Sound did indeed form part of the North West Passage. Parry began to map the numerous islands through which the North-West Passage would have to be navigated. In doing so his ships crossed a longitude of 110° W,  reaching Melville Island via the Barrow Strait. This meant that Parry qualified for a prize of £5000 offered by the British Parliament. 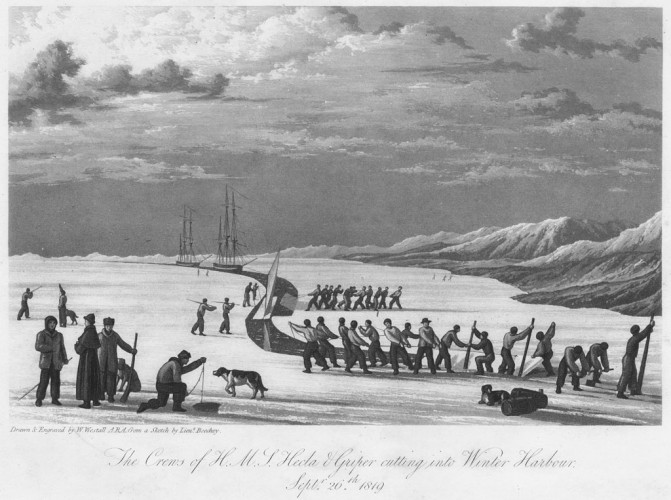 The crews of the Hecla and Griper preparing to spend winter ashore, courtesy of the Mariners Museum

However, once he reached Melville Island the sea froze over and Parry was forced to spend the next ten months imprisoned on the ice-bound island. It was here that he showed his great strengths as a commander. The crew were kept busy by putting on plays, at fortnightly intervals. He even started a newspaper, calling it the North Georgia Gazette and Winter Chronicle. It contained humorous anecdotes about life on board, including ones about ‘the non-cookery of our pies in proper time for dinner’ or ‘proposals for the eradication of snoring at night.’  Parry demonstrated that, with enough provisions, a ship and crew could winter successfully above the Arctic Circle. 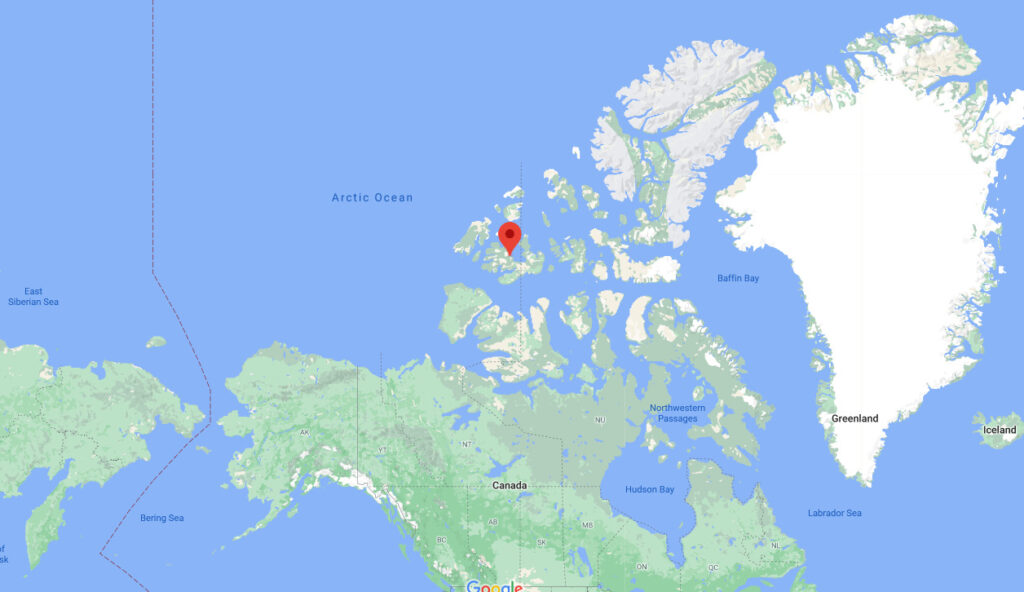 When the ice finally broke up, Parry attempted to push further westward towards Banks Island, but progress was incredibly slow and it wasn’t long before he had to make the decision of either spending another winter frozen solid, or of  retreating and coming home to Britain. He chose the latter, which must have been an enormous relief to the crew! His voyage stands out as a monument of human endeavour, especially when contrasted with the humiliating failure of Captain Ross before him. He was to return to the area in 1821 and again in 1824 – each time using  the Hecla as part of his fleet. She was then retired from Arctic duty and was used to survey the West African Coast between 1828 and 1831 after which she was sold off by the Navy. Sadly, she ended her days off Greenland as a whaling ship and was wrecked in 1840. 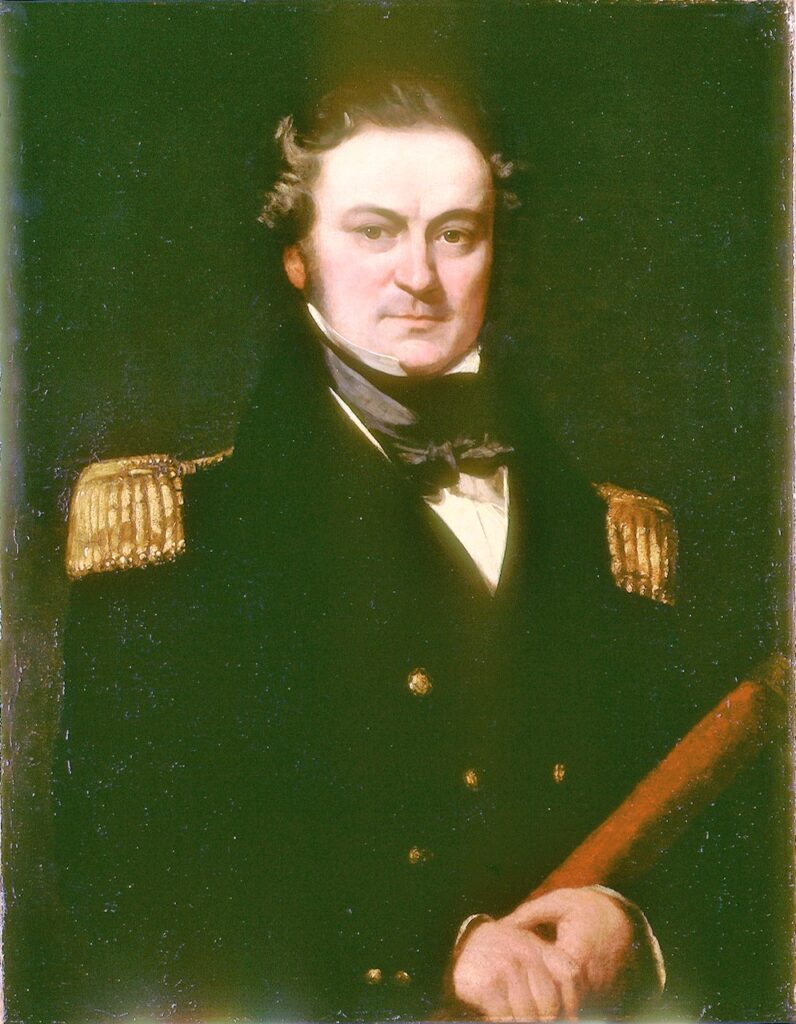 (I am grateful to the Royal Museums Greenwich site for the factual information about the voyages of Ross and Parry).