Two etchings from the same year, both courtesy of the British Museum, featuring a crop – the name given to a short haircut which started to come into fashion at the end of the 18th Century.

One suspects that anyone middle-aged would be grateful for the trend – after all, if you had spent years and years shaving your entire head and wearing a wig, only for wig-wearing to go out of fashion, your chances of growing back a fine head of luxuriant curly hair were not too good!  The ability to choose a crop was an obvious one – but it did not go un-noticed by the caricaturists of the day. The look was certainly ‘on trend’  – in the aftermath of the Revolution in France powdered wigs went out of fashion, and the crop was certainly an egalitarian alternative. 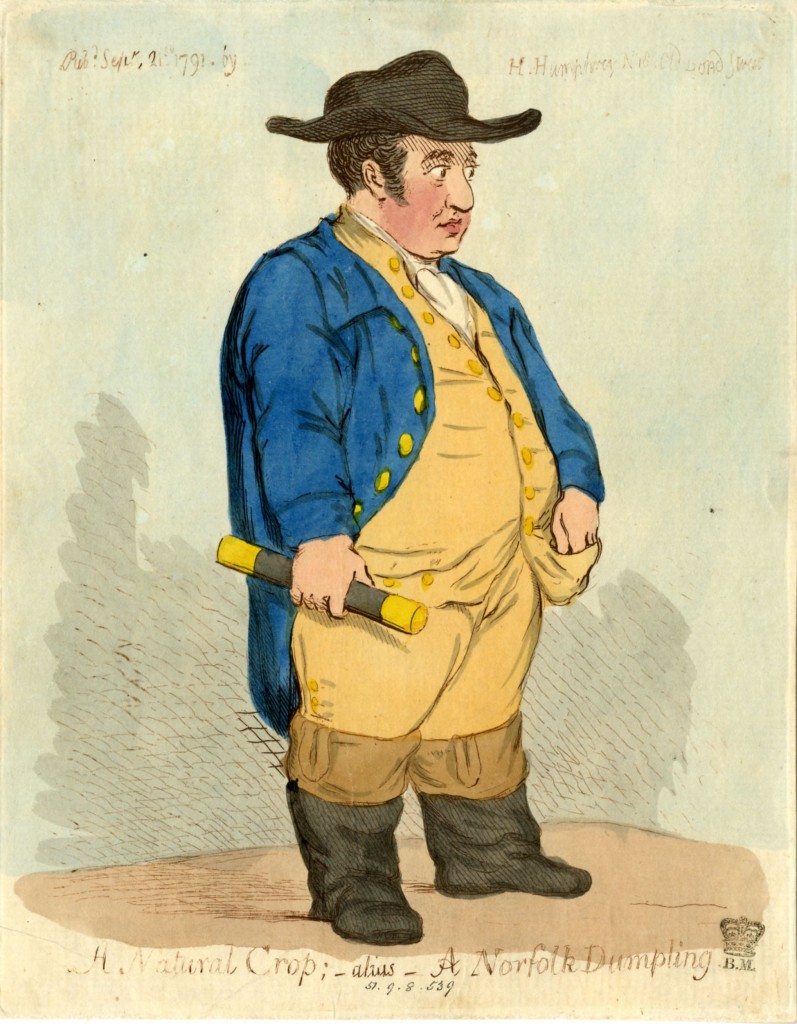 First up, “A natural crop – alias a Norfolk dumpling” showing the Duke of Norfolk. It was drawn by James Gillray and published in 1791. The British Museum describes it as “a whole length satirical portrait of the Duke of Norfolk, directed to the right; in his left hand is the baton of Earl Marshal; his right hand is in his waistcoat pocket. He wears top-boots, a slouched hat, and his hair is closely cropped. Earlier caricatures show the Duke wearing his own hair, without powder, hanging on his neck.” 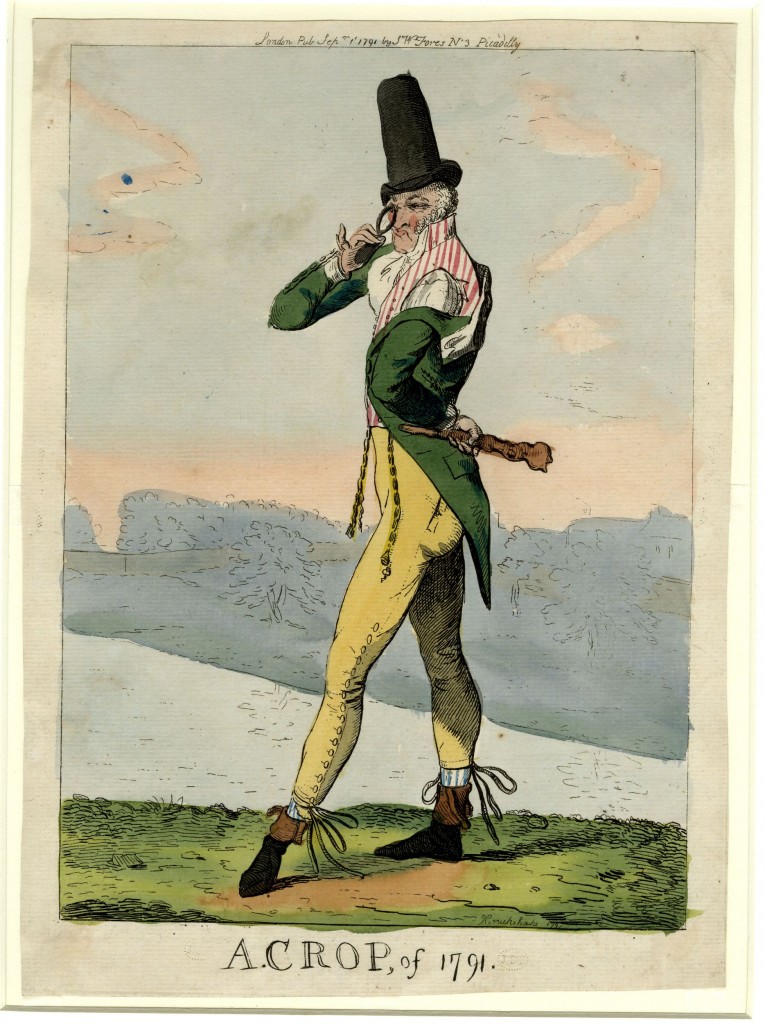 The second one, entitled simply “The Crop” also came out in 1791 and was by Isaac Cruikshank. It features a rather fine-looking gentleman, looking glass in hand, observing the world  so as to make sure that the world was noticing him. From his high-crowned hat to his striped waistcoat, and his long buttock-clenching pantaloons –  laced around the ankles – we see a man of fashion casually surveying the world, with his jacket slipped nonchalantly over his left shoulder. I love the high collar and the splendid cravat, and what the Museum site call ‘very short top-boots.’ His mincing style, pursed lips and inquisitive stare make him a striking figure, which the Museum suggests may represent Lord Barrymore.

For myself, I can’t see the likeness – but will do a blog on the Lords Barrymore and their marvellously nick-named family shortly. There was Hellgate, there was Newgate, there was Cripplegate – and how could one forget the foul-mouthed sister known to all as Billingsgate? Follow this space….