From courtesans to bunters, from St James’s to St Giles’s.

I came across this delightful image on the British Museum site here. It was published by Thomas Rowlandson in 1795 and is entitled St James’s and St Giles’s. 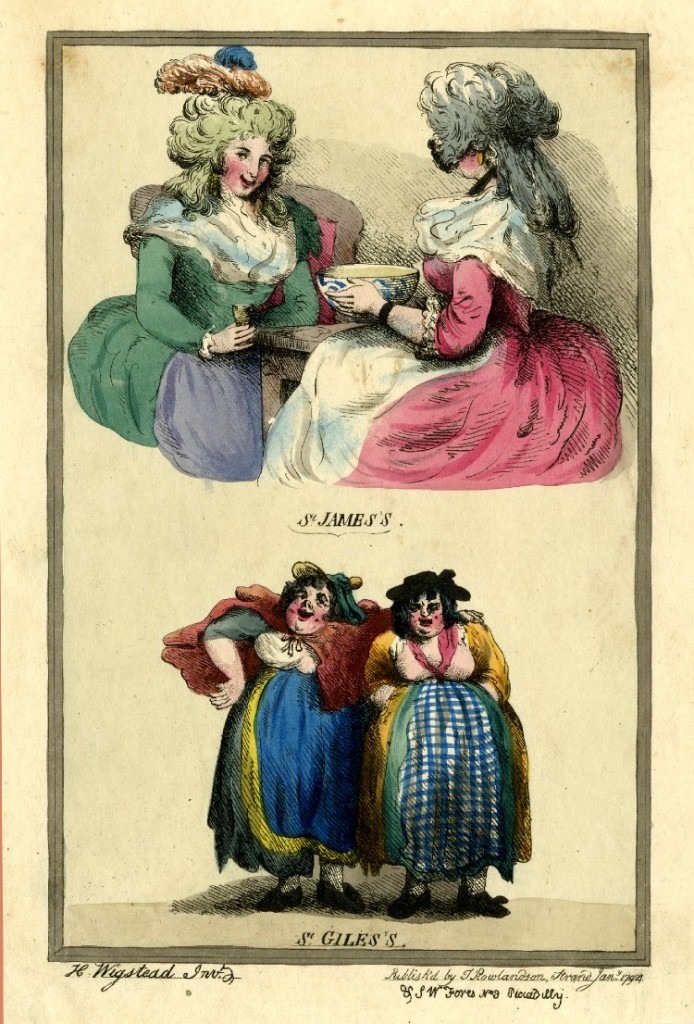 It shows the two ends  of the spectrum of Georgian floozying – the upper class courtesans at the top, and the “threepenny stand-ups” available in the rougher areas such as St Giles’s. The St James’s courtesans are fashionably dressed, enjoying each other’s company over a bowl of punch. I like the way that the girl holding the punchbowl has her face almost totally obscured by her wig to the extent that only her ear-rings and chin are visible. Her partner, the little vixen, is lecherously eyeing up the viewer, wine glass in hand.

Contrast this with the somewhat sturdily built molls in the lower picture; one, hands in pockets, the other with her arm around her friend, the other arm with her wrist turned in at the hips. Oh well, you pays your money and you takes your choice!

Definitely one for me to consider for the book I am currently writing – on sexual shenanigans in the Eighteenth Century – details to follow shortly!

P.S. one more caricature in a similar vein – also by Rowlandson and this time belonging to the Royal Collection Trust. I love the idea that the higher class whores occupied the ground floor in ‘Union Street’ while their  poorer, less elegant, cousins were hanging out of the windows in the rooms upstairs. Nice one Mr Rowlandson! 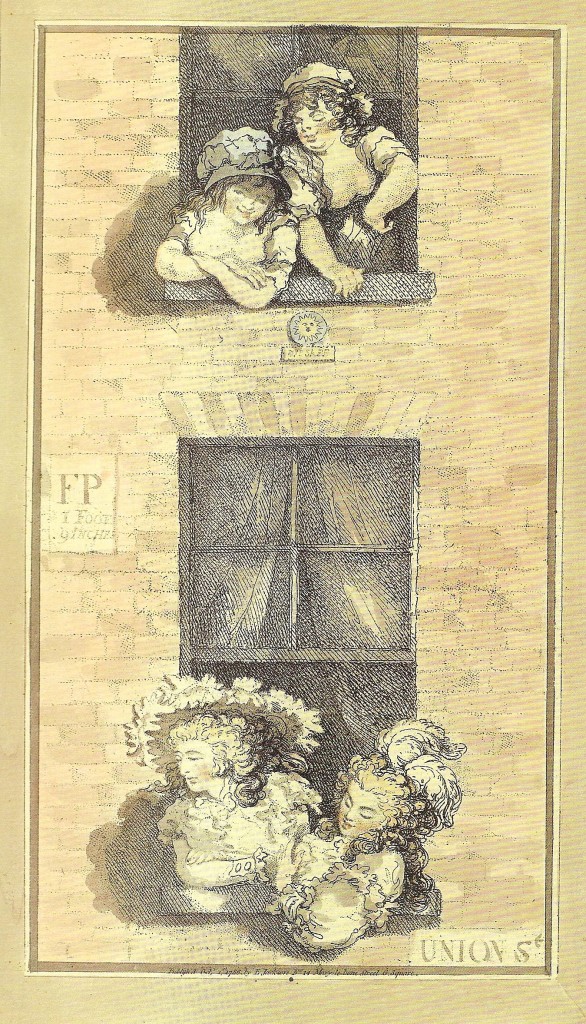 2 thoughts on “From courtesans to bunters, from St James’s to St Giles’s.”