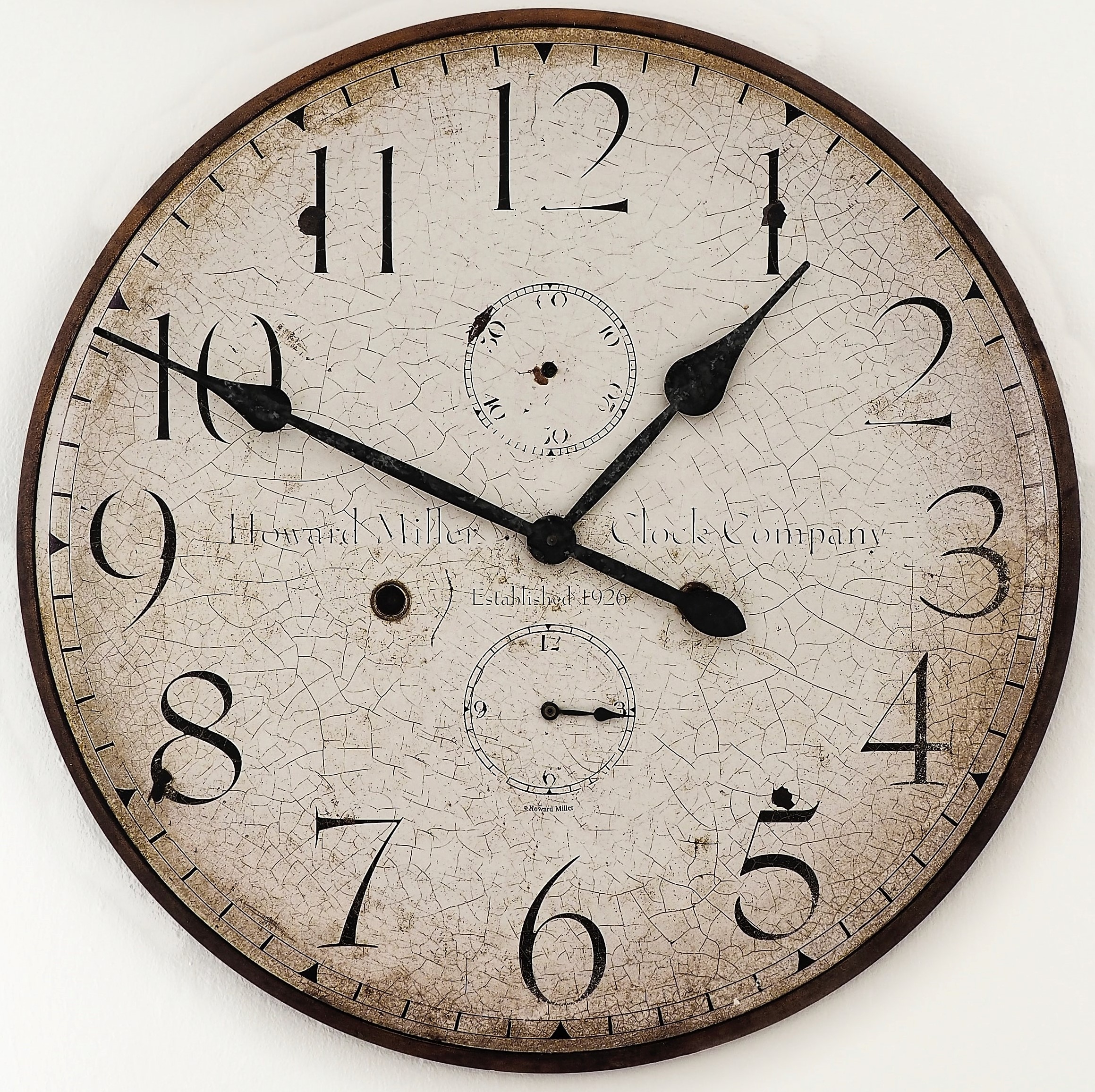 To mark the fact that the clocks changed last night, a look at one of the ideas which triggered the whole question of daylight saving – a letter to the editor of The Journal of Paris dated 1784, from no less a person than Dr Benjamin Franklin, then living in Paris. 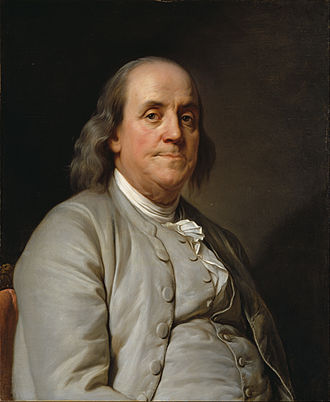 You often entertain us with accounts of new discoveries. Permit me to communicate to the public, through your paper, one that has lately been made by myself, and which I conceive may be of great utility. 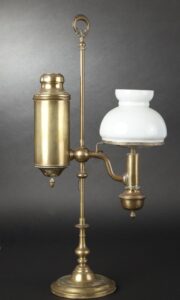 I was the other evening in a grand company, where the new lamp of Messrs. Quinquet and Lange was introduced, and much admired for its splendour; but a general inquiry was made, whether the oil it consumed was not in proportion to the light it afforded, in which case there would be no saving in the use of it. No one present could satisfy us in that point, which all agreed ought to be known, it being a very desirable thing to lessen, if possible, the expense of lighting our apartments, when every other article of family expense was so much augmented.

I was pleased to see this general concern for economy, for I love economy exceedingly.

I went home, and to bed, three or four hours after midnight, with my head full of the subject. An accidental sudden noise waked me about six in the morning, when I was surprised to find my room filled with light; and I imagined at first, that a number of those lamps had been brought into it; but, rubbing 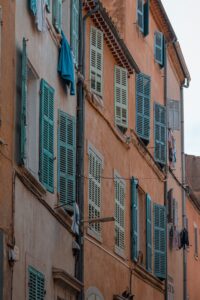 my eyes, I perceived the light came in at the windows. I got up and looked out to see what might be the occasion of it, when I saw the sun just rising above the horizon, from whence he poured his rays plentifully into my chamber, my domestic having negligently omitted, the preceding evening, to close the shutters.

I looked at my watch, which goes very well, and found that it was but six o’clock; and still thinking it something extraordinary that the sun should rise so early, I looked into the almanac, where I found it to be the hour given for his rising on that day. I looked forward, too, and found he was to rise still earlier every day till towards the end of June; and that at no time in the year he retarded his rising so long as till eight o’clock. Your readers, who with me have never seen any signs of sunshine before noon, and seldom regard the astronomical part of the almanac, will be as much astonished as I was, when they hear of his rising so early; and especially when I assure them, that he gives light as soon as he rises. I am convinced of this. I am certain of my fact. One cannot be more certain of any fact. I saw it with my own eyes. And, having repeated this observation the three following mornings, I found always precisely the same result.

Yet it so happens, that when I speak of this discovery to others, I can easily perceive by their countenances, though they forbear expressing it in words, that they do not quite believe me. One, indeed, who is a learned natural philosopher, has assured me that I must certainly be mistaken as to the circumstance of the light coming into my room; for it being well known, as he says, that there could be no light abroad at that hour, it follows that none could enter from without; and that of consequence, my windows being accidentally left open, instead of letting in the light, had only served to let out the darkness; and he used many ingenious arguments to show me how I might, by that means, have been deceived. I owned that he puzzled me a little, but he did not satisfy me; and the subsequent observations I made, as above mentioned, confirmed me in my first opinion.

This event has given rise in my mind to several serious and important reflections. I considered that, if I had not been awakened so early in the morning, I should have slept six hours longer by the light of the sun, and in exchange have lived six hours the following night by candle-light; and, the latter being a much more expensive light than the former, my love of economy induced me to muster up what little arithmetic I was master of, and to make some calculations, which I shall give you, after observing that utility is, in my opinion the test of value in matters of invention, and that a discovery which can be applied to no use, or is not good for something, is good for nothing.

I took for the basis of my calculation the supposition that there are one hundred thousand families in Paris, and that these families consume in the night half a pound of bougies, or candles, per hour. I think this is a moderate allowance, taking one family with another; for though I believe some consume less, I know that many consume a great deal more. Then estimating seven hours per day as the medium quantity between the time of the sun’s rising and ours, he rising during the six following months from six to eight hours before noon, and there being seven hours of course per night in which we burn candles, the account will stand thus;–

An immense sum! that the city of Paris might save every year, by the economy of using sunshine instead of candles. If it should be said, that people are apt to be obstinately attached to old customs, and that it will be difficult to induce them to rise before noon, consequently my discovery can be of little use; I answer, Nil desperandum. I believe all who have common sense, as soon as they have learnt from this paper that it is daylight when the sun rises, will contrive to rise with him; and, to compel the rest, I would propose the following regulations:

First. Let a tax be laid of a louis per window, on every window that is provided with shutters to keep out the light of the sun.

Second. Let the same salutary operation of police be made use of, to prevent our burning candles, that inclined us last winter to be more economical in burning wood; that is, let guards be placed in the shops of the wax and tallow chandlers, and no family be permitted to be supplied with more than one pound of candles per week.

Third. Let guards also be posted to stop all the coaches, &c. that would pass the streets after sunset, except those of physicians, surgeons, and midwives.

Fourth. Every morning, as soon as the sun rises, let all the bells in every church be set ringing; and if that is not sufficient?, let cannon be fired in every street, to wake the sluggards effectually, and make them open their eyes to see their true interest.

All the difficulty will be in the first two or three days; after which the reformation will be as natural and easy as the present irregularity; for, ce n’est que le premier pas qui coûte. Oblige a man to rise at four in the morning, and it is more than probable he will go willingly to bed at eight in the evening; and, having had eight hours sleep, he will rise more willingly at four in the morning following. But this sum of ninety-six millions and seventy-five thousand livres is not the whole of what may be saved by my economical project. You may observe, that I have calculated upon only one half of the year, and much may be saved in the other, though the days are shorter. Besides, the immense stock of wax and tallow left unconsumed during the summer, will probably make candles much cheaper for the ensuing winter, and continue them cheaper as long as the proposed reformation shall be supported.

For the great benefit of this discovery, thus freely communicated and bestowed by me on the public, I demand neither place, pension, exclusive privilege, nor any other reward whatever. I expect only to have the honour of it. And yet I know there are little, envious minds, who will, as usual, deny me this and say, that my invention was known to the ancients, and perhaps they may bring passages out of the old books in proof of it. I will not dispute with these people, that the ancients knew not the sun would rise at certain hours; they possibly had, as we have, almanacs that predicted it; but it does not follow thence, that they knew he gave light as soon as he rose. This is what I claim as my discovery. If the ancients knew it, it might have been long since forgotten; for it certainly was unknown to the moderns, at least to the Parisians, which to prove, I need use but one plain simple argument. They are as well instructed judicious, and prudent a people as exist anywhere in the world all professing, like myself, to be lovers of economy; and,from the many heavy taxes required from them by the necessitities of the state, have surely an abundant reason to be economical. I say it is impossible that so sensible a people, under such circumstances, should have lived so long by the smoky, unwholesome, and enormously expensive light of candles, if they had really known, that they might have had as much pure light of the sun for nothing. I am, &c  A SUBSCRIBER.

The letter appears in a book of selected scientific letters entitled The Ingenious Dr. Franklin. edited by Nathan G. Goodman and published by the University of Pennsylvania Press in 1931.

I quote the letter in full because it is a reminder of just how our ancestors were daylight dependent, in an era before proper street lighting and where almost all activities carried out indoors after dark would have involved candles. It is interesting because even back in 1784 eight hours of sleep was regarded as  the norm.

My own ancestor Richard Hall went even further than Benjamin Franklin recommended – he proposed getting up a quarter of an hour earlier every week from mid-April onwards. In his diary he writes:

“Early rising is a habit easily acquired, so necessary to the dispatch of country business, so advantageous to health, and so important to devotion, that except in cases of necessity it cannot be dispensed with by any prudent or intelligent man. Let a person accustomed to sleep until eight in the morning rise the first week in April at a Quarter before Eight, the second week at Half past Seven, the third at a Quarter after Seven and the fourth at Seven. Let him continue this method until the end of July subtracting one quarter of an hour each week from sleep, and he will accomplish the work which at first sight appears difficult.” 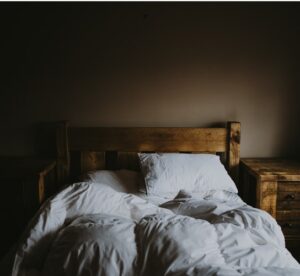 The idea of rising at half past four in July just because it is light may not appeal to anyone who is distraught at the idea of having lost an hour’s sleep  last night – but it did go to show that making the most of daylight hours is not just a modern concern. Besides, in the winter I suspect that my ancestor just rolled over at eight o’clock in the morning and went back to sleep….