I thought that for a change I would simply list some of the expenses incurred by my ancestor in 1774, so as to show how different items have changed in cost in relative terms over the intervening years. Some are hard to compare – as with “charitable donations”. My ancestor gave one penny per head to each of the 126 children in the local school, every Valentine’s Day. He also gave three sailors, begging, six pence each. It is a reminder that when the country was not at war large numbers of sailors were laid off, scant reward for risking life and limb in the service of His Majesty. 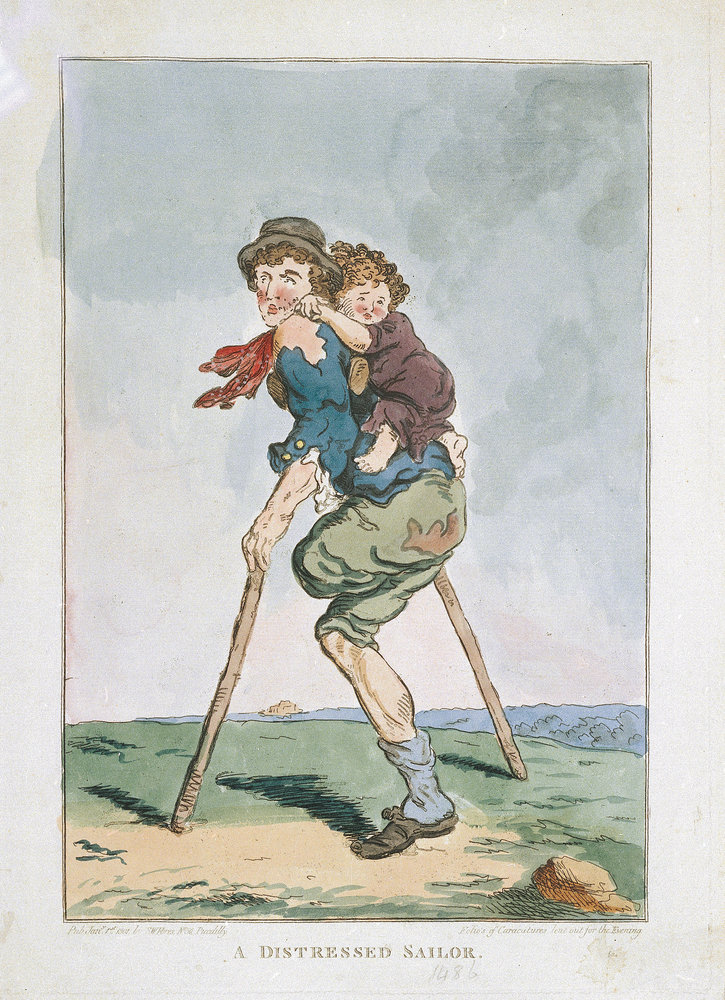 For a poor woman who broke her leg he gave the not inconsiderable sum of five shillings, the same as he gave a local farmer called Giles Lawrence who had got into financial difficulties, and who was saving up to buy a new horse.  Another poor farmer, called Mr Bings, called round with a petition and was given one and sixpence, while a genteel beggar who was “raising money to publish his life story” was rewarded with a shilling for his initiative. He paid an annual subscription to Gloucester Royal Infirmary of a guinea, and when poor John Philips lost his house in a fire he stumped up five shillings towards the cost of  renting alternative accommodation. Another local, John Charlicot “who had been long afflicted” was paid half a guinea. For some reason he took pity on young Tidmarsh from Great Rissington when he was discharged from Gloucester prison, and gave him a shilling, the same as he gave a “poor man, ship burnt at sea.” The postman got a Christmas Box of a shilling, the same amount as was given to the local boys, who received a donation  for the bonfire on November 5th. 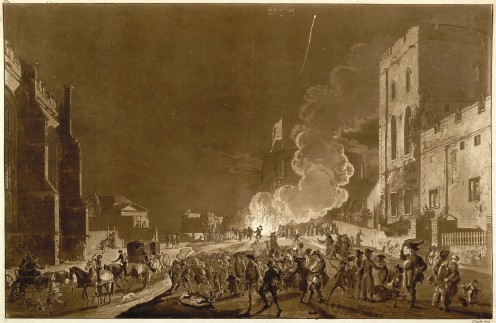 Closer to home, in November my ancestor paid two shillings for a couple of widgeons, and two days later one and sixpence for a woodcock. Later that month he fancied “a side and shoulder of  fine doe venison” and forked out five shillings to the butcher for his pains. He also paid him one shilling a seven pence for two pounds of sausages, much the same price as he paid for a brace of rabbits. A hare set him back two bob, the same price as it cost him to acquire two wild ducks for the dinner table. A barrel of oysters came to three shillings and sixpence whereas 25lbs of sugar came to fourteen shillings and sevenpence (ie sevenpence a pound weight). Loaf sugar came in slightly cheaper at sixpence a pound. He was able to buy six Banbury cakes for a shilling – the same price as he paid for figs. He bought prodigious quantities of cheese – on one occasion bringing home eighteen  cheeses weighing a total of 239lbs. That set him back £3.14.3, “to include two sage cheeses”.

Clothing was  an important item. That year he forked out £5.0.6 for embroidered stockings, four shillings and sixpence for  dyeing a gown, and  one shilling and tenpence for a pair of rabbit gloves. Doeskin gloves were three times that price. A pair of shoes cost him six shillings and sixpence, whereas “soling and heeling” came to one shilling and ninepence. He paid  six shillings and sixpence for three pairs of worsted hose, and a whopping three guineas for three yards of superfine Pompadour cloth for his wife. Making it up was another £2.14.0. A set of black shoe buckles cost sixpence, and a set of plain buttons twopence.

Repairs included “bottoming two chairs and mending several” for half a crown, knife grinding was sixpence and cleaning watches five shillings. When he broke the neck of a smelling bottle it set him back half a crown to mend it. He was happy to pay eleven shillings for five days paper-hanging  (nice red flock wall paper in the best bedroom!).

When he bought a new horse (black, three years old) it cost him £21.0.0. It meant having his saddle altered – and so another shilling changed hands. He also paid out ten pounds for “a cow, five years old, with a week-old calf”. He happily paid Will Lawrence a shilling for catching moles, whereas his daughter Sarah got paid a piece-rate  and earned herself three shillings and ninepence (that is: threepence a mole).

He paid sixteen shillings each for two pigs, bought off Mr Herbert. He obviously believed in using “live” scare crows and was happy to pay fivepence a day to deter the birds from eating the new crop in the Harp i.e. the big field at the back of the house. Mr Cox was rewarded for pruning his fruit trees to the tune of  5/3d.

Wages for the farm-hands were derisory: John Twining and William Hyett each got eight pounds a year “with victuals”, plus a roof over their heads. Sarah Clifford, who lived-in as housemaid, got four pounds a year plus her victuals. The servants generally got handed down clothing, plus the cost of getting the garments altered to fit.

Mr Brewer the coach maker was paid £17.3.6. for a new conveyance, and greasing the wheels of the said chaise set him back a shilling. It occasionally needed repairing, as in August 1774 when he paid out two shillings for “mending the iron stay of the chaise”.

One of Richard Hall’s paper cut outs of his horse-drawn carriage.

Unfortunately my ancestor never listed the cost of individual meals, so I am left wondering what he paid for his Sunday lunch on 17 November 1775. It consisted of a mouth-watering and fine “whole cod, some greens, potatoes, aunts pudding, a leg of mutton some pigs fry (? mmm, not sure, maybe bacon?) apple pie, puffs and a couple of ducks with sauces”

I think we can take it that my ancestor ate well, drank well, lived well – and paid his staff a pittance. That was life in the eighteenth century…