The news this week is all about how cold it is, how the ‘Beast from the East’ is hitting travel on roads across the country – but just to put it in perspective, in 1814 the temperature had fallen below freezing overnight on 27 December 1813 – and stayed below zero every night until 7 February. That meant five whole weeks of it being perishing cold, and  for the first four days of February a Frost Fair was held on the River Thames between Blackfriars Bridge and London Bridge.

The Lewis Walpole Library site at Yale University has a number of interesting images of the fair. 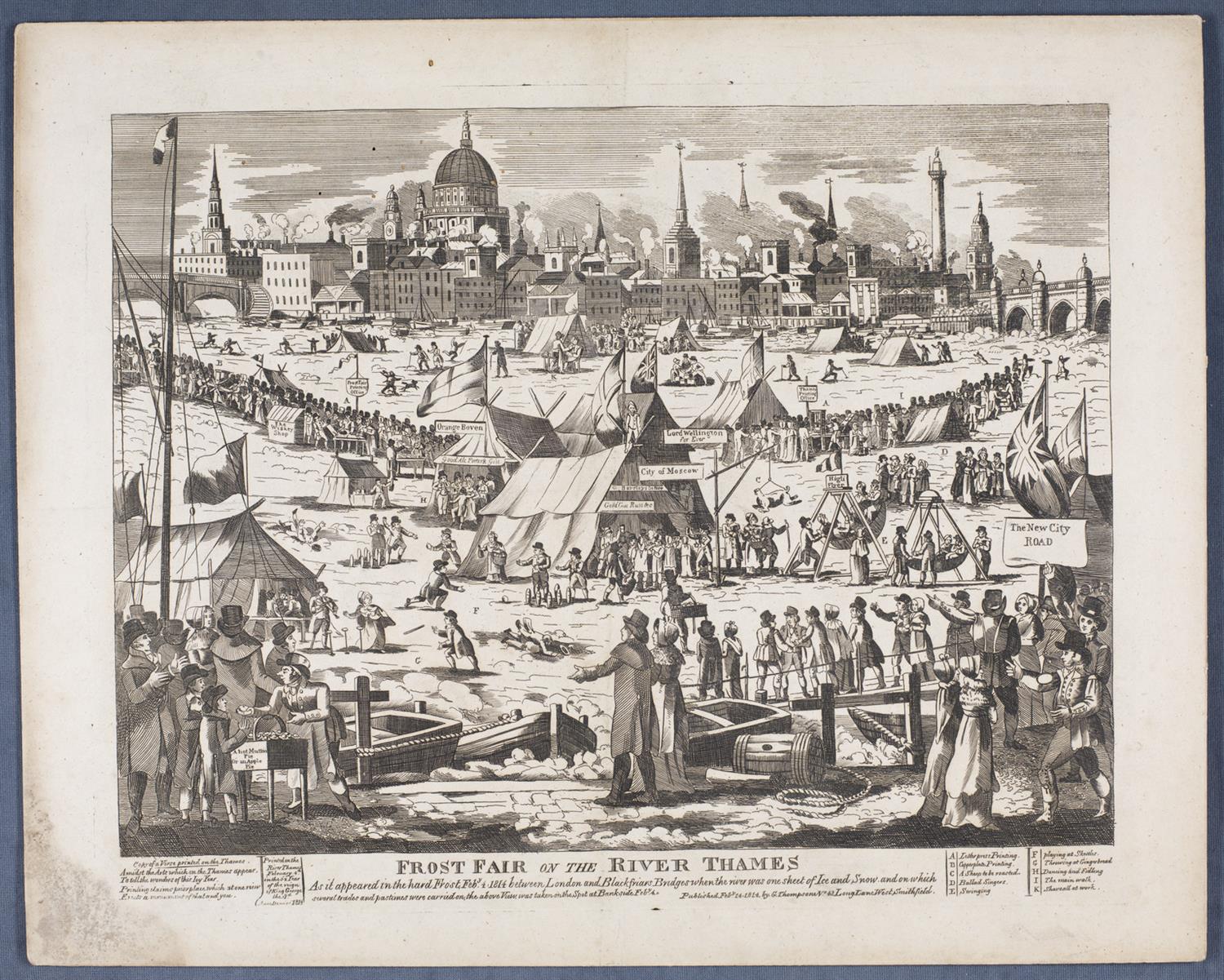 The scene shows the boats frozen solid on the banks of the river and the people queuing to get onto the ice via what was called the New City Road. There are numerous booths, known delightfully as Fuddling Tents, where people could sit and sip gin – and get befuddled. There were skittles matches, swings and spectator sports. I like it because on the top right hand corner, just alongside St Magnus the Martyr Church and in front of the Monument marking the seat of the Great Fire of London, stands  what I will describe as my family home: 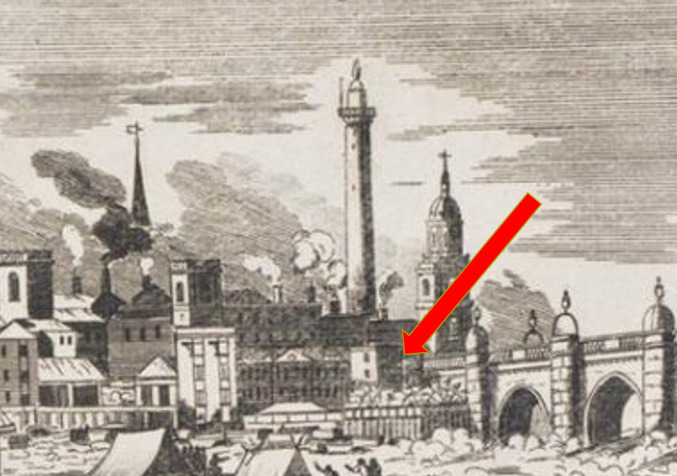 The red arrow marks the building  then known as One London Bridge, built by my ancestor Richard Hall fifty years earlier. When Richard had died in 1801 the building had passed to his son Francis. Good to see that Uncle Francis had lit a fire, judging from the smoke belching forth from the chimney. Below the arrow you can make out the water wheels which would have been frozen solid – normally they thumped away for several hours either side of high tide, pumping water to the wealthier houses in the neighbourhood. 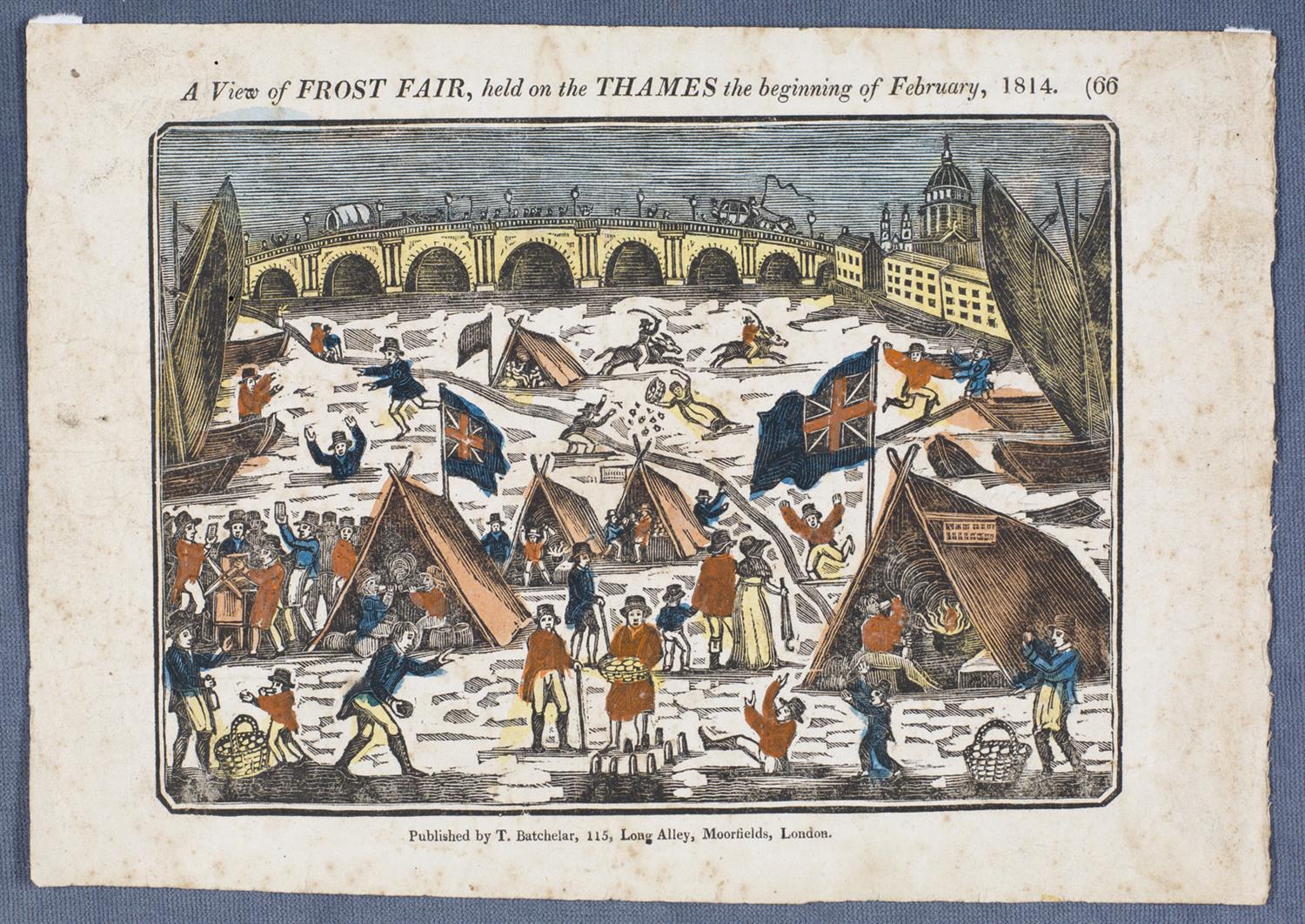 The second print shows more of the fuddling tents and gives some idea of the colourful fairground-type of atmosphere, with people slipping and sliding (and in cases falling through the ice). 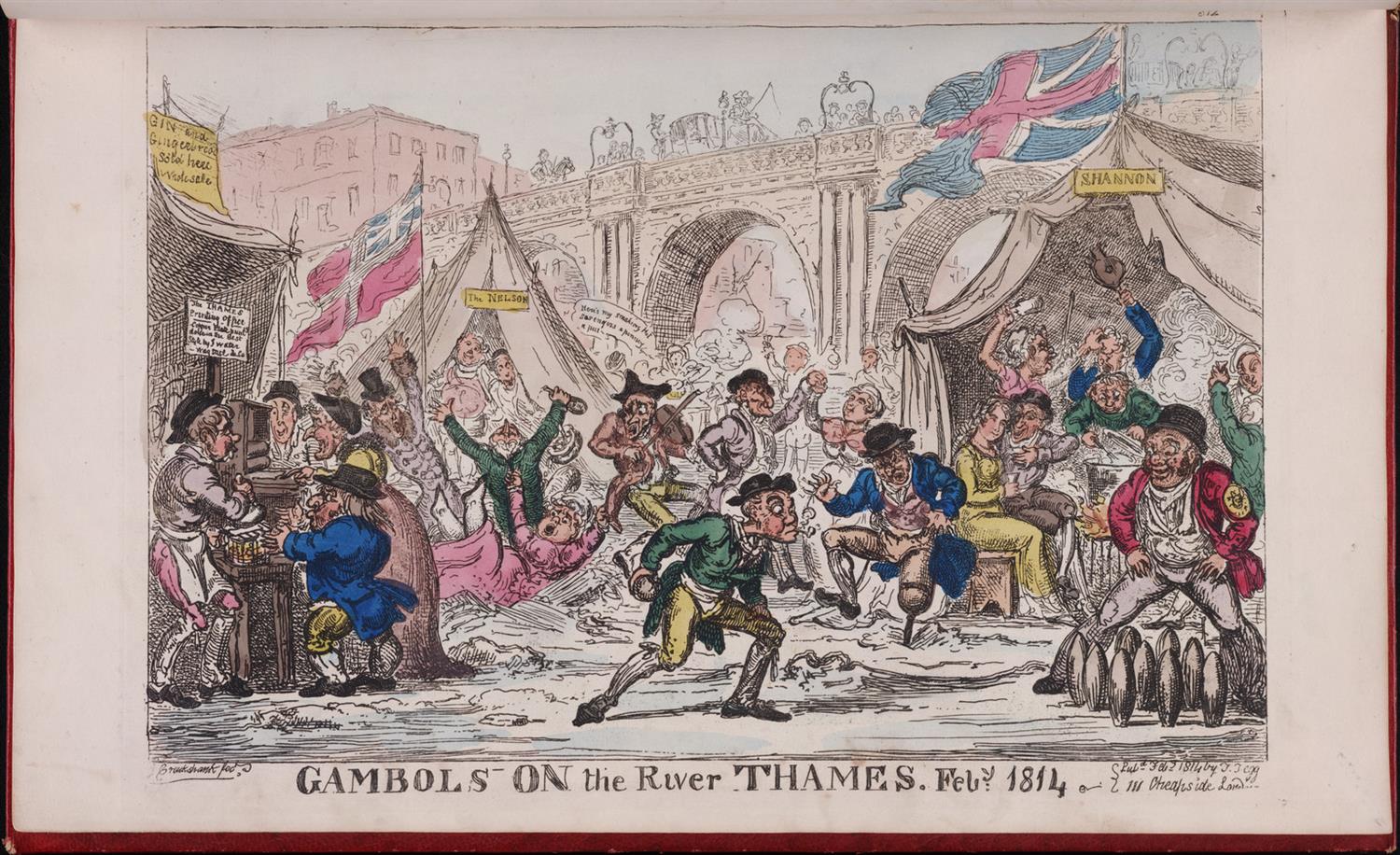 There was dancing, there was nine pin bowling – and even the chance to marvel at an elephant led across the river near Blackfriars Bridge. There were printing presses churning out ephemera marking the occasion. And then, on 5 February the thaw started – rapidly. Several people were drowned, all evidence of the Frost Fair  thawed and was washed away, and while we may moan about the Beast from the East it is hard to see that the Frost Fair will ever make a re-appearance. Nowadays the river flows faster – the arches of the current London Bridge no longer slow the flow, while the construction of the Embankment means that the water occupies a narrower channel and therefore runs faster.