As today marks the anniversary of an attempt to kill Good King George, I thought I would repeat an earlier post about the incident:

The scene: King George alighting from his carriage

The weapon: a dessert knife 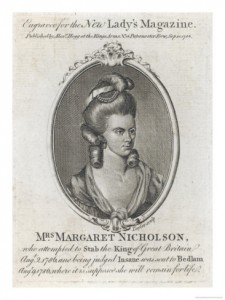 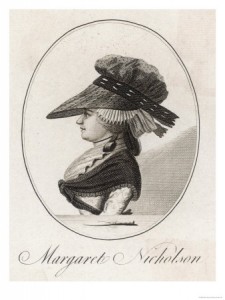 Margaret, with dessert knife on the table!

Margaret Nicholson had been born in Stockton-on-Tees in 1750 and had come to London as a maid in various well-to-do establishements.  Around 1782, she was dismissed from her employment after a love affair with a fellow servant, and she seemed to fall on hard times. Her lover left her, and she supported herself through needlework, lodging in a house in Wigmore Street.

She was described as “below the middle size, and of a very swarthy complexion”. For some reason she got it into her head that she was the rightful heir to the British throne. When the King got out of his carriage she rushed forward holding out a petition to the King (it was in fact a blank sheet of paper) and as he took it from her she lunged forward and tried to stab him twice with the ivory-handled dessert knife. The lady was disarmed (King George reputedly said “The poor creature is mad; do not hurt her, she has not hurt me”). 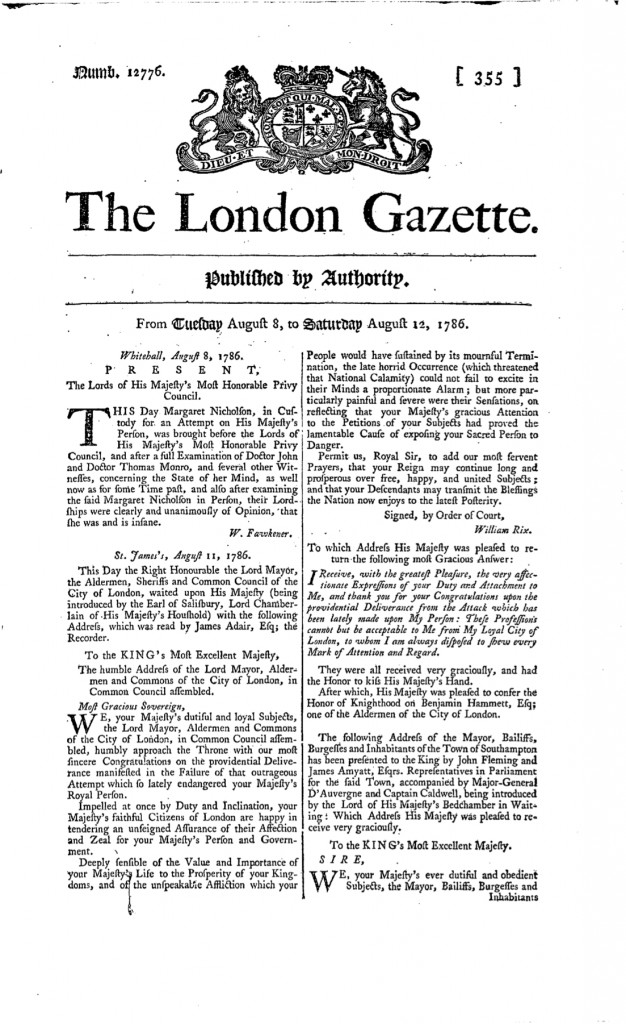 As will be seen from the Gazette  two doctors examined Margaret and concluded that she was insane. She was sent to Bethlem Royal Hospital  (Bedlam) where she spent the rest of her miserable life. 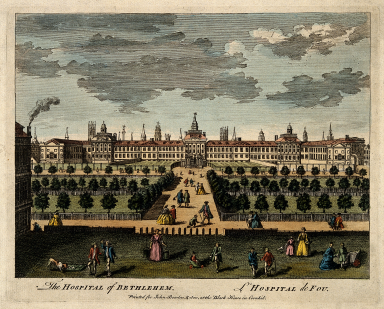 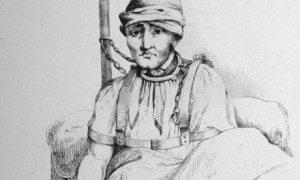 Her treatment would have been harsh, as in the 1800’s  inmates were shackled hand neck and foot, as in this print. It was fashionable for gentry to come and gawp at the poor unfortunates as they languished in Bedlam, a part of the tourist scene of London.

Meanwhile the original attempt on the King’s life is shown here in a print by Carington Bowles: 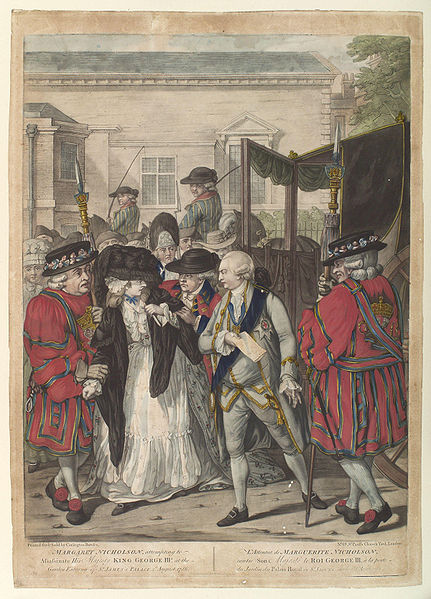 5 Responses to “George III stabbed! Assassination attempt foiled! Read all about it!”