The artist George Romney died on the  fifteenth day of November 1802. In his lifetime he became one of the most fashionable portrait painters of the Georgian era, so I thought I would repeat a post I did three years ago:

Romney is perhaps best remembered for painting more than fifty portraits of Nelson’s mistress Emma Hamilton. He first met her as Emma Hart in around 1781. He became pre-occupied with her, painting her over and over again, often from memory, and often in heroic or historical guises such as Joan of Arc. He referred to her as his ‘divine Emma’ 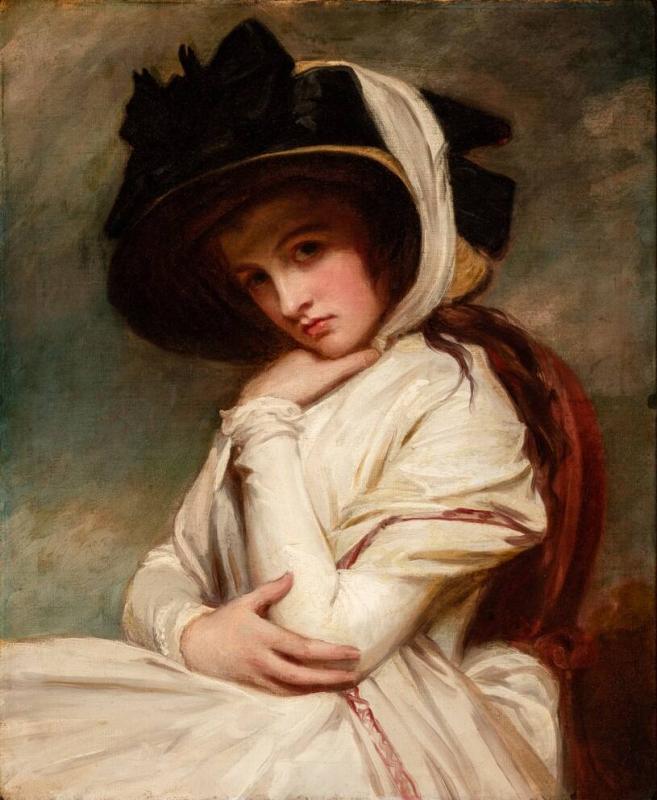 A provocative little minx, to be sure, but I rather prefer Romney as the master of the ‘Lady in a Flamboyant Hat’ style of painting – to my mind, a fine hat makes for a fine portrait and you cannot get much better than some of these: 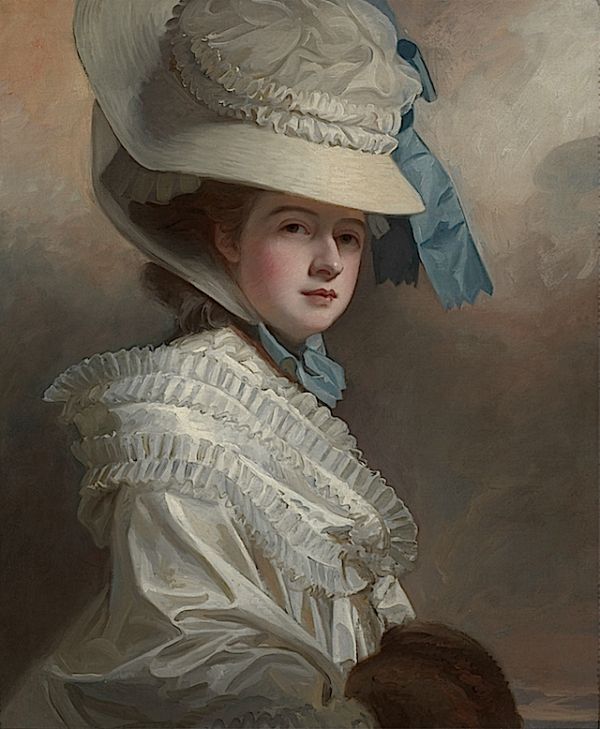 He occasionally painted his sitters without a hat, sometimes making do with a tiara, as here with his 1770 portrait of Mary White.

But I prefer ‘Mrs Tickell at Ascott’ – this is what I call a hat!

Personally I find his endless fascination with Emma somewhat cloying and unrealistic. If only he had stuck at what he was really good at – millinery. Here are a couple more: 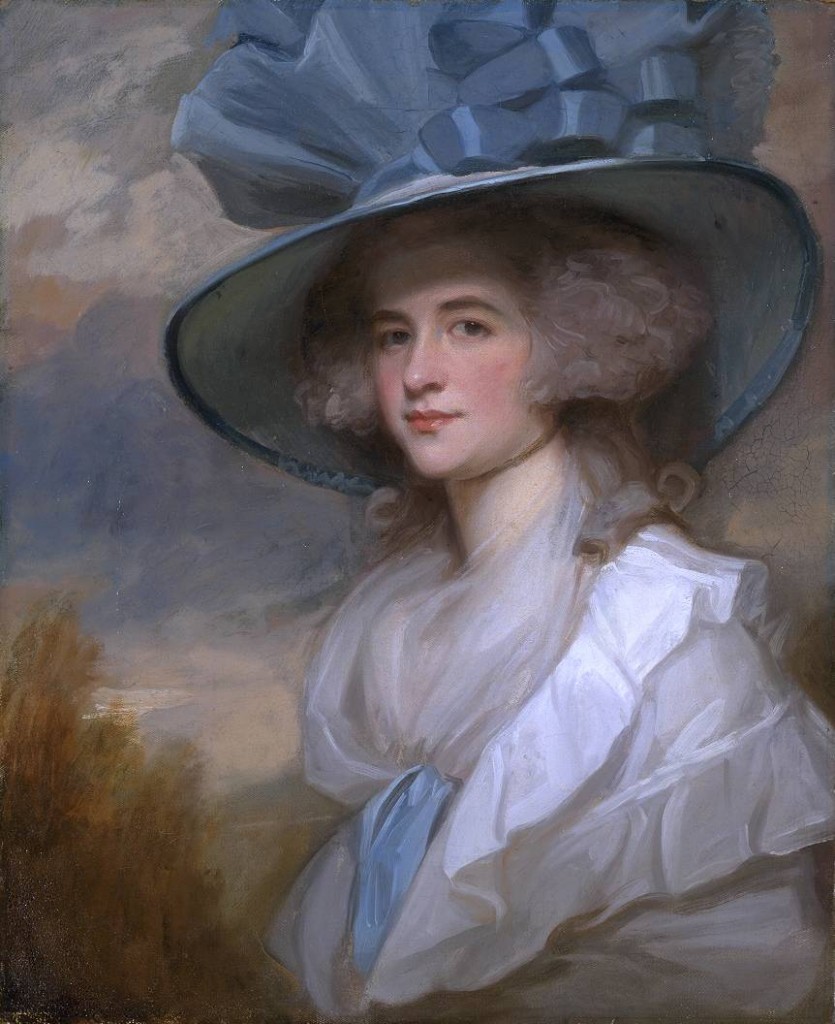 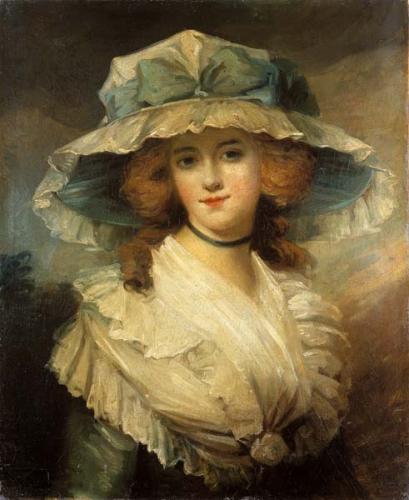 Portrait of a lady – and a hat!

Romney had a somewhat unusual family life – he lived apart from his wife for nearly forty years, maintaining her financially in the Lake District while he was based in London, but returning to her for the last two  years of his life when his health started to fail. He steadfastly refused to have anything at all to do with the Royal Academy, despite being asked to exhibit there on many occasions, possibly because of his aversion to anything at all which was connected to Sir Joshua Reynolds, whom he loathed. For that alone, he deserves to be celebrated. 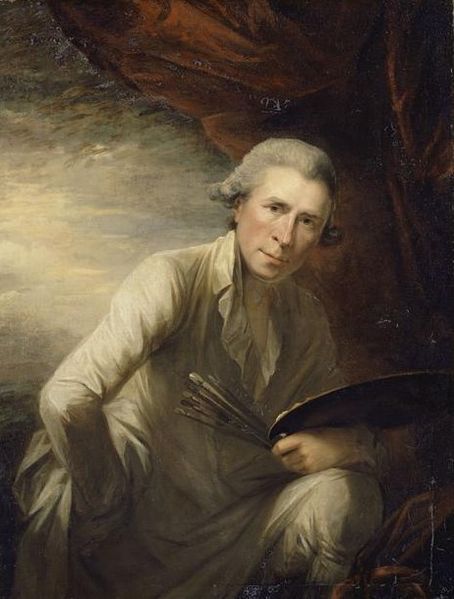 A self-portrait.
Farewell, George Romney, you faithfully recorded the Age in which you lived. Especially the hats. We remember you with fondness on the anniversary of your death.