Here is a story (quite probably apocryphal!):

The action – a tree fell down;

Result – locals discovered the world’s only known deposit of solid graphite in the form of black lumps of “stone” caught on the tree roots. They found that the substance was useful for marking sheep (always good to count them before you go to sleep…). Local workers were able to saw the ‘black lead’ or plumbago as they called it into sheets and then into thin rods. Graphite is in fact a form of carbon and has nothing to do with lead. To start with the material was wrapped in string or sheep wool to facilitate holding it, but then in the 1700’s an Italian carpenter decided to sandwich the graphite between two bits of juniper wood and the modern pencil was born. It never has contained lead (although possibly it gets its reputation from the lead stylus used by the Romans to etch marks on wax tablets).

For many years there was no other source of graphite apart from in the Lake District – and even today it has never been found as a solid block. The mining area was requisitioned by The Crown because it was found that the material was useful in lining moulds used to manufacture cannonballs and the substance was considered too valuable to “waste” on mere pencils. So the locals started smuggling it out…

I still have a pencil belonging to Richard Hall, from the 1780s, linked to a small “aide memoire” – thin sheets of ivory held together by a clasp and holding a tiny pencil within a leather loop. It is strange to think that 250 years later it is possible to pin-point exactly where the pencil came from! There is still a pencil making tradition in the area (Derwent started in 1832, see http://www.pencils.co.uk/ ) and a Museum of Pencils exists at Southey Works in Keswick – see http://www.pencilmuseum.co.uk/ 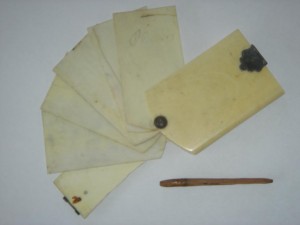 In the Eighteenth Century the lack of available solid graphite caused a problem, not least to the French who were peeved when the wars with England towards the end of the century meant that supplies were cut off. A chemist called Nicolas Jacques Conté (who later went on to be an officer in Napoleon’s army) wanted to do something about it – and he succeeded. Conté experimented with mixing ground graphite (which was found in France) with differing quantities of fine clays before baking it in a kiln. He discovered that this enabled the hardness of the pencil to be controlled – a fact for which artists have been eternally grateful. His patent was taken out in 1795 and the process is essentially the same as is used today. 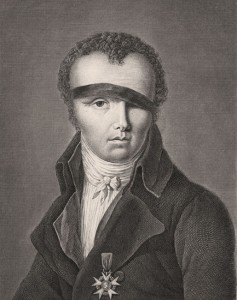 Conté can claim to be the father of the modern pencil, but he is not the only one. The title is also claimed by a German cabinet maker, one Kaspar Faber, who in 1761 in a village called Stein, just outside Nuremberg, started to insert strips of graphite between pieces of wood. He sold his pencils in the local market and 250 years later the business of Faber-Castell is still going strong.

And the eraser, the pencil’s faithful companion? Charles Marie de la Condamine, a French scientist and explorer, was the first European to bring back the natural substance called “India” rubber. He brought a sample to the Institute de France in Paris in 1736.

In an earlier blog about Joseph Priestley I pointed out that in 1770 the scientist noted that rubber erased pencil marks from paper. Previously, bread crumbs would have been used for that purpose. The same year (1770) saw the first commercial sale of rubber erasers when an English engineer, Edward Naime started selling them. Naime claims he accidentally picked up a piece of rubber instead of his lump of bread and discovered the possibilities.

However, rubber was not an easy substance to work with because it went bad very easily — just like food, rubber would rot. It was not until 1839 that Charles Goodyear discovered a way of ‘curing’ rubber, thereby creating a lasting and useable material. He called his process vulcanization, after Vulcan, the Roman god of fire. The process was patented by Goodyear in 1844.

A dozen years later an American came up with the idea of ‘marrying’ the eraser on to the pencil and patented the idea, only to have it challenged by A W Faber (the company founded by the son of the original Faber mentioned earlier). It was held that merely combining two items already in existence did not in itself constitute something ‘new’ and the patent failed.

And why is it traditional (at least in America) for pencils to be yellow? After all, it is estimated that about three quarters of the 2.8 billion American pencils produced each year are this colour. Why? Initially it was because the early pencil manufacturers in that country found an alternative source for graphite – in China. Yellow was a Chinese colour symbolising nobility and rarity and the yellow caught on as a way of showing the origin and superior quality of the ‘lead’ in those pencils. Now, it is more a case of being as common as muck!

Propelling pencils (in America they are called mechanical pencils) differ in that the graphite is not attached to the holder, but is pushed out often with a spring or click mechanism. The earliest known example was found on the wreck of the ship HMS Pandora which went down in 1791. It sank with the loss of 31 crew – as well as four of the mutineers from The Bounty who had been recaptured by the ship’s crew and kept on board the vessel in a cage or box (hence “Pandora’s Box”) . Quite who the propelling pencil belonged to is not known. It was not until 1822 that a patent was granted (to Sampson Morden and John Isaac Hawkins) for a refillable pencil with a lead propelling mechanism. 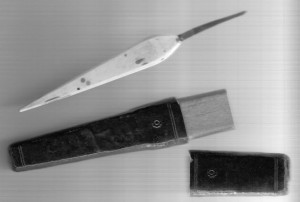 And the sharpener? At first penknives were used to sharpen pencils. (Literally, a knife which was sued to sharpen quill feathers to make pens). In 1828, Bernard Lassimone, a French mathematician applied for a patent on an invention to sharpen pencils. However, it was not until 1847 that Therry des Estwaux first invented the manual pencil sharpener, as we know it.

I rather like the development of the sharpener called the “Love Sharpener.” John Lee Love came up with the simple, portable pencil sharpener that many artists use. The pencil is put into the opening of the sharpener and rotated by hand, and the shavings stay inside the sharpener. He patented his idea in 1897. So we move on from having no lead in your pencil, to the introduction of the Love Sharpener…

Finally, let us end with another pun about having no lead in your pencil – the “Devonshire Method to restore a lost member” published in 1784 and showing Georgiana Duchess of Devonshire buying Dr Leake’s venereal pills from an apothecary, to help restore the “embarrassed” Charles James Fox. It is in fact a pun on Fox’s performance in the parliamentary elections that year (I said “E-L-E-C-T-I-O-N-S” with an “L” not an “R” you idiot!).

As usual it appears courtesy of the Lewis Walpole Library site. 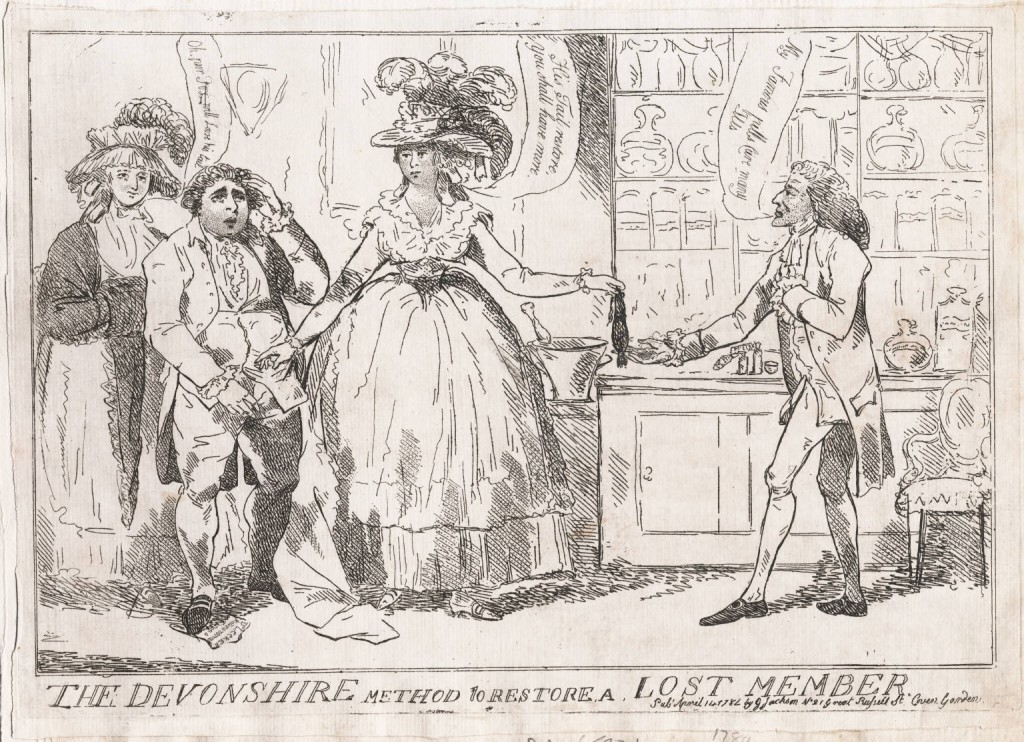 7 Responses to “Got no lead in your pencil? No wonder, it’s graphite, not lead…”