Today I am delighted to hand over the reins of the blog to Sarah Murden and Joanne Major, who have just brought out a long-awaited biography on the life of one of the most fascinating courtesans of the Georgian era. So, Sarah and Joanne, take it away … 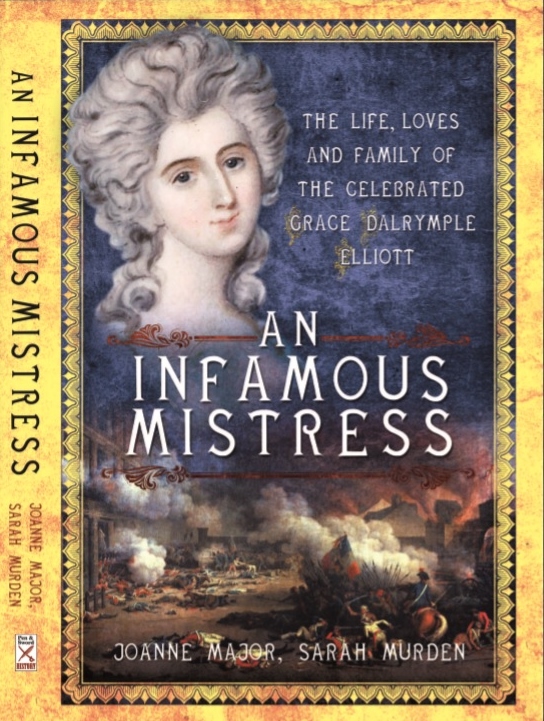 Grace Dalrymple Elliott (c.1754-1823) is best remembered to history as a courtesan after her divorce from Dr (later Sir) John Eliot (she was first the mistress of the Earl of Cholmondeley, then the duc d’Orléans and finally the Prince of Wales who was reputed to be the father of her child) and also from her experiences as a prisoner in France during the Revolution. However, her notoriety belied her true self and we hope our biography on Grace and her family will finally give a true picture of her life.

Her maternal family has lain largely hidden from view and it was a thrill when we unlocked Grace’s ancestry to discover that so many more members of her family had experienced adventures too, and we couldn’t help but document them alongside Grace.

It’s a long forgotten fact that Grace’s maternal aunt, Robinaiana, had achieved what Grace herself failed to – she had gone from being the mistress of an earl to being his countess. After bearing several children to Charles Mordaunt, 4th Earl of Peterborough, they finally married and she bore him two more children. One of the escapades of Grace’s Mordaunt cousins mentioned in our book, An Infamous Mistress: The Life, Loves and Family of the celebrated Grace Dalrymple Elliot ended in disaster.

Having read Mike’s post about George Pocock and his splendid Charvolant, we thought you might enjoy this story about Robinaiana’s sons Henry and Charles Mordaunt, who would definitely have benefitted by some assistance from George Pocock!

Henry Mordaunt, born before his parents’ marriage and therefore ineligible to inherit the earldom, was sent to India to make his fortune as an officer in the East India Company’s army. Whilst home on a visit from India he had borrowed and overturned a coach belonging to his younger brother during an escapade to Portsmouth in the snow with his friend, the memoirist William Hickey (who fortunately left behind an account of their adventures). 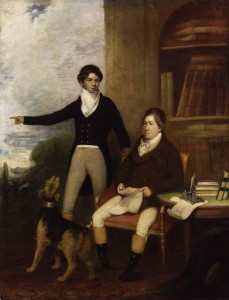 The younger brother and owner of the coach, Charles Henry, had been born after the 4th Earl had married Robinaiana and, as the only legitimate son, he had succeeded to the earldom after his father’s death in 1779, around eighteen months before this coaching contretemps. For Henry, it was something of a bitter pill to swallow seeing his younger brother inherit and knowing it was denied to him because of an accident of birth and he did, perhaps understandably, have a bit of a chip on his shoulder.

The overturned coach could not be repaired and, around March 1781, John Hatchett of Long Acre was contracted by the young earl to build a replacement. The whole project seems to be a fine example of a young gentleman about town with far more money than good sense, and it provides us with a glimpse into the character of Grace Dalrymple Elliott’s cousin, the new Lord Peterborough. 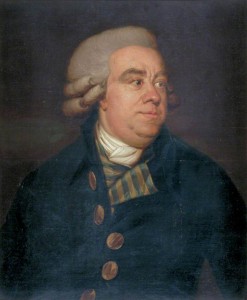 John Hatchett was responsible for the principal improvements in carriages in London between 1770 and 1790. However, although carriages intended for use on the Continent were built to be stronger than those destined for use in England, as the condition of the roads abroad meant that six horses needed to be used to pull the carriage instead of the usual two used at home, adding extra and unnecessary weight was totally impracticable. Though he was advised against it for that very reason, Charles seems to have set out to build what sounds like a very early version of a Gypsy Vardo or travelling caravan, albeit a very elegant and sumptuous one.

Hickey and Henry Mordaunt visited the coach maker to view their progress:

In size it was nearly, if not full as large as the Lord Mayor of London’s state carriage. It accommodated three persons on each side with superabundant room. In the centre there drew up from the bottom, by springs, a table, sufficiently large to dine six persons comfortably. Under the floor were all the requisite apparatus of saucepans, gridiron, &c., for cooking, likewise knives, forks, plates, dishes and other articles of a sideboard. Beneath the seats complete bedding for four persons was stowed, which, when wanted for use, were taken out and placed upon a frame, crossways, four capital beds being made ready in five minutes. In a projection from the back of the body of the carriage and the same forward was ample stowage for wines and all sorts of liquors, handsome cut glass bottles of various sizes being secured in fixed frames, so that no motion, short of an absolute upset, could injure or derange them. In short, this stupendous vehicle was a moving house, having in and about it every convenience appertaining to a mansion. It was finished in point of workmanship and decorations in the highest manner, the Peterborough arms and heraldic ornaments being painted in a style of taste and with a delicacy that did the artist infinite credit. 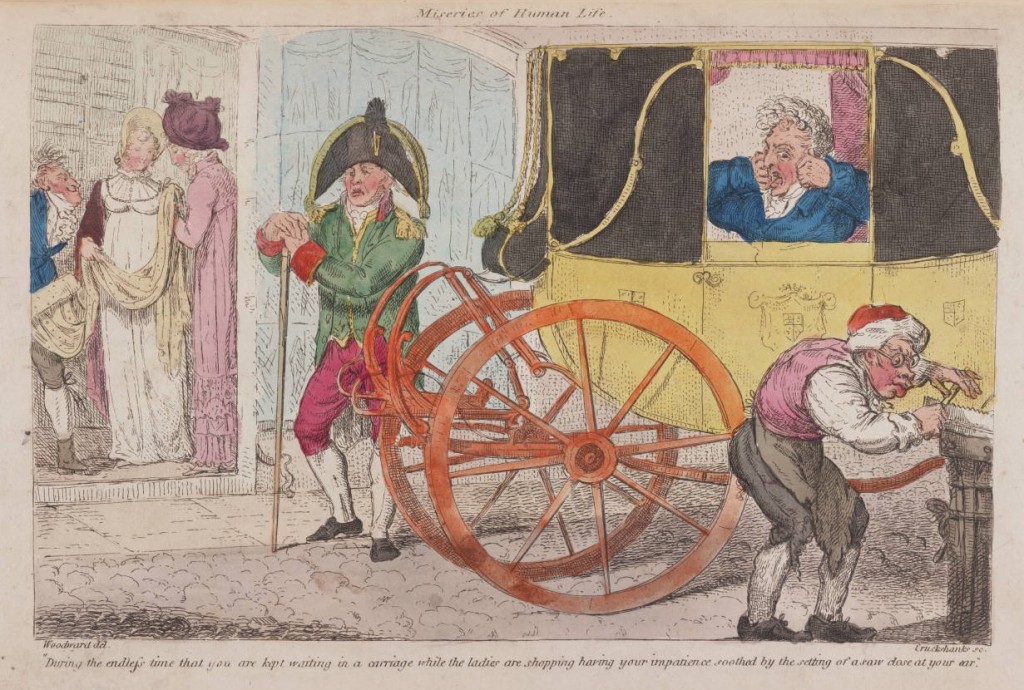 The young Earl’s object in building so uncommon a vehicle was to ensure for himself every common comfort when travelling upon the Continent, especially through Italy, where by woeful experience he knew the inns were execrable, abounding in dirt and filth, the beds swarming with bugs, fleas and vermin of every description… [William Hickey] asked the coach maker whether he did not apprehend its extraordinary weight might prove so serious as to render it useless, to which the mechanic candidly replied, “Undoubtedly it will, sir. Its weight is an insuperable impediment to its ever being of any real use, much less that for which it is intended, for no number of horses that could be attached together in harness would ever be able to drag it along the dreadful roads of Italy, Germany and many parts of France and so I have taken the liberty of telling his Lordship over and over again since this carriage has been in hand and although I am convinced his own good sense satisfied him of the truth of what I said, he insisted upon my completing the work.’ 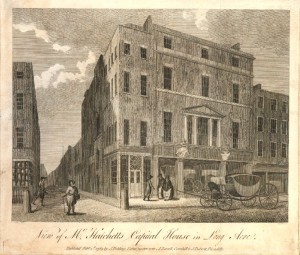 Whilst Henry and his companion Hickey were at the coachbuilders, Lord Peterborough arrived. He acknowledged the mechanic’s opinion of his coach, agreed that he would probably never be able to use it in the way he first intended, but had no regrets as, “it certainly has been a source of much amusement to me and my friends whilst building.” He offered the carriage to his brother Henry, should it not prove up to travel on the Continent, as, in his opinion, it would suit Henry and his Oriental ‘sultanas’ very well.  More money than sense would certainly seem to be an apt description of the young 5th Earl of Peterborough who had no other object than his own pleasure and entertainment in view. 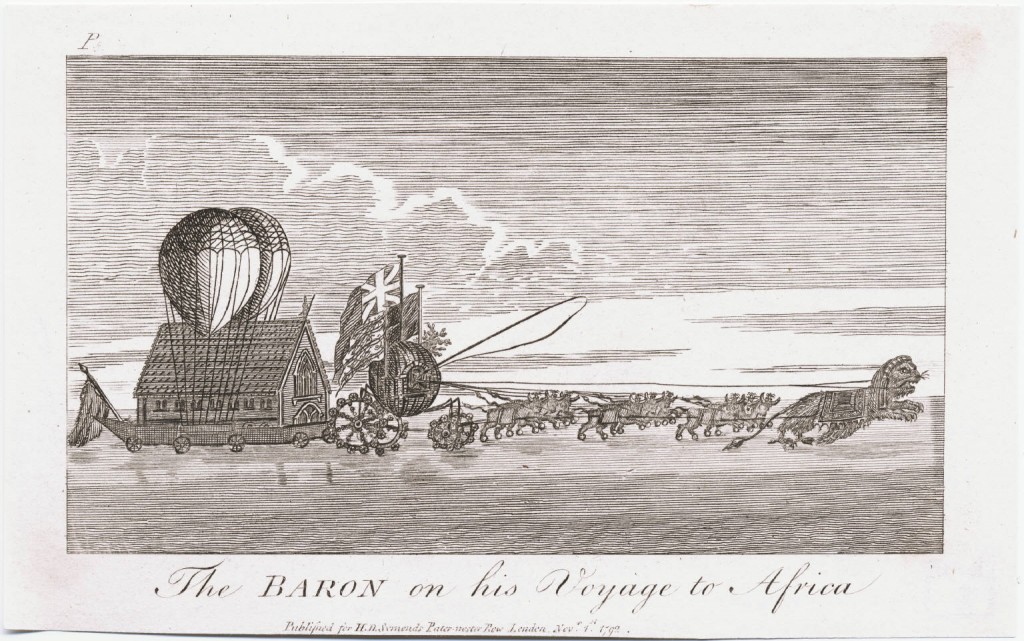 For more information on Grace’s life and her wider family see An Infamous Mistress: The Life, Loves and Family of the Celebrated Grace Dalrymple Elliott available from our publisher Pen and Sword, Amazon and all good bookshops.

You can also visit us at www.georgianera.wordpress.com where we blog about anything and everything to do with the Georgian era.