“The Ladies’ Head-Dress”
Give Chloe a bushel of horsehair and wool
Of paste and pomatum a pound
Ten yards of gay ribbon to deck her sweet scull
And gauze to encompass it round.
Let her gown be tucked up to the hip on each side
Shoes too high for to walk or to jump
And to deck sweet charmer complete for a bride
Let the cork cutter make her a rump
Thus finished in taste while on Chloe you gaze
you may take the dear charmer for life
but never undress her, for out of her stays
You’ll find you have lost half your wife. 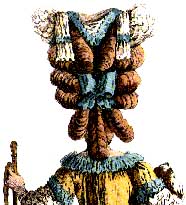 By 1778 it was high fashion to have as much as three feet of hair above the head surmounted by an elaborate headdress, of fabric, feathers, flowers and pearls.
Far from being an exaggeration, the scene in The Duchess where Georgiana wafts by, her head-dress brushing the candelabra and catching fire, must have been a regular risk. Milliners vied with each other for more and more ludicrous edifices – commemorating naval battles etc. 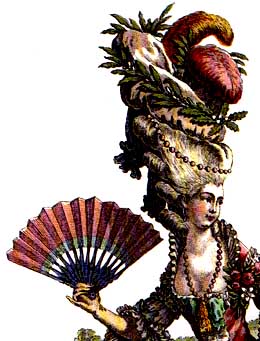 Marie Antoinette, where would we be without you!

and with apologies both to Princess Beatrice and Marie Antoinette… 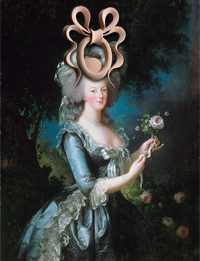 It just goes to show that absurd  hats and head-dresses are nothing new! (Picture courtesy of ‘Below your Means’).

By the 1780’s the focus had shifted away from the high hair towards the actual hat – and boy, did they do big hats! I particularly like Gainsborough’s portrait of the Duchess of Devonshire: 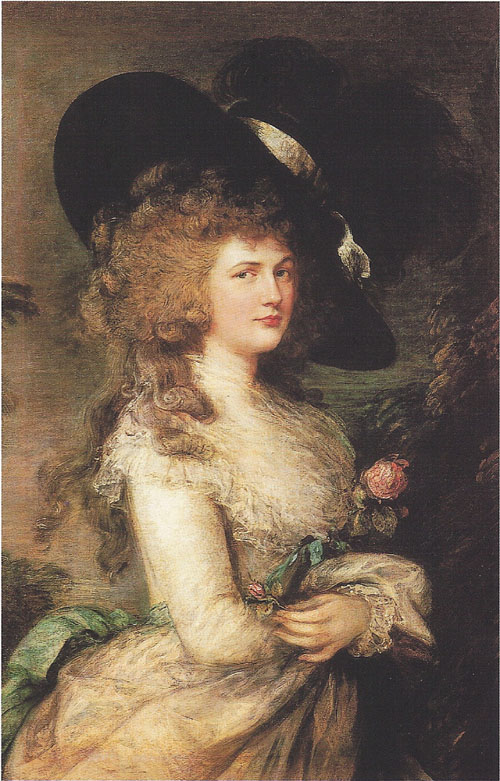 and a splendid French hat: 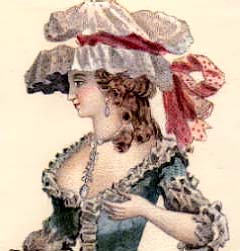 Come the Revolution, and ladies lost both their  heads and their hats, which was a bit of a shame from a millinery point of view! And by then the era of the macaroni was also over. Indeed I cannot think of any other time when men’s hair has ever scaled quite these heights! 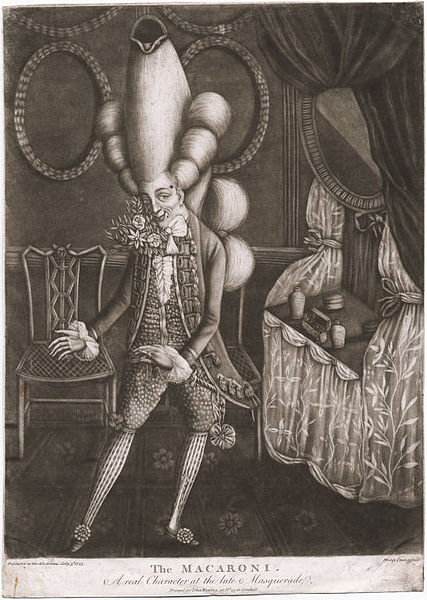