As daylight broke on 7th May 1765 there were scenes of frantic activity down at the docks at Chatham Dockyard: men with adzes were frantically hacking chunks of wood off the gate-posts at the entrance of the dry dock where a ship was waiting to be launched. Someone had got their measurements wrong, and without these last minute corrections there was no way that the launch could take place.

HMS Victory, in all her painted glory

It was not a very auspicious start for a vessel which had already taken an absolute age to be built, and which was not going to see any action, or even go to sea, for some thirteen years. Her keel had been laid on 23 July 1759, nearly six whole years earlier. For three of those years her plans were simply moth-balled – the end of the Seven Years War meant that there was no urgency to see the vessel launched, and the frame was left, under cover, while the timber slowly seasoned. Even when the ship was launched, through gates which had been hacked back nearly five inches on each side, there was controversy, on account of her name. After all, the Victory was a name previously held by a ship which had gone down in a violent storm in the Channel in October 1744, with the loss of all on board. She had been the flag ship of the Channel Fleet, and it was rumoured that she had been wrecked off the Casquets, a rocky group of islets northwest of Alderney. It was an area known as the graveyard of the English Channel, and her loss led to the court-martialling of the keeper of the Alderney lighhouse, who was blamed for not keeping his lights properly lit. Ironically, when the wreck of the Victory was finally discovered in 2008 she was found to have gone down more than fifty nautical miles away… .

Despite this unfortunate nomenclature, the Victory she was named. A ship without a cause, since Britain was no longer at war. She was moored up in the River Medway, and slowly left until her keel become home to all manner of marine life. She represented a total waste of the cost of construction – equivalent to more than seven and a half million pounds in today’s money. Years passed, and it was not until this white-elephant-of-a-vessel was finally commissioned, in 1778, that she started her illustrious career. 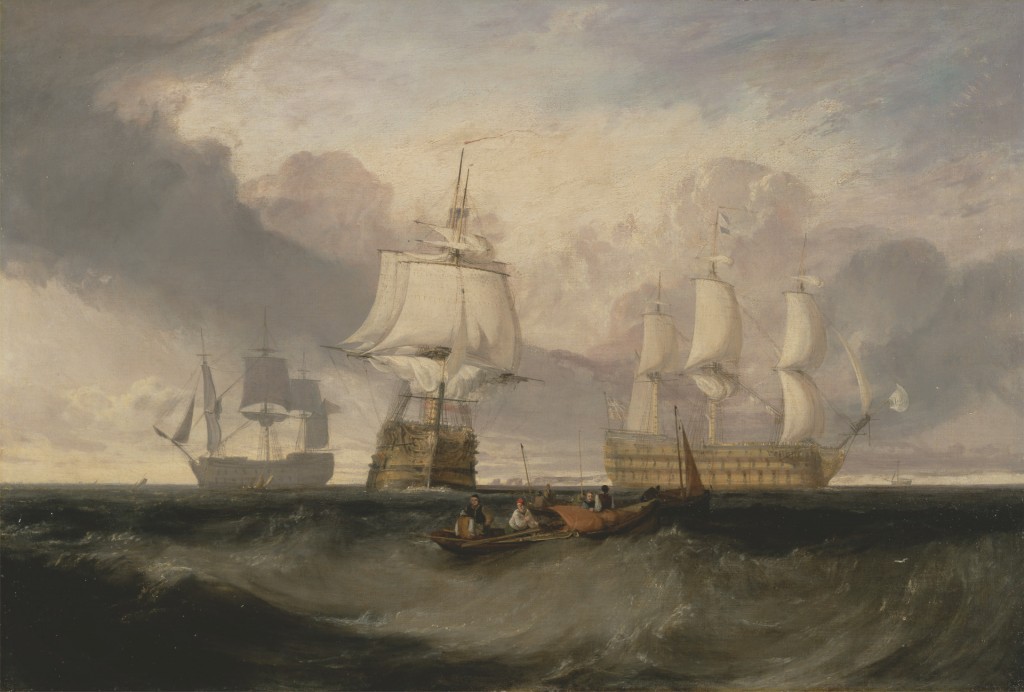 Admiral Keppel chose her as his flagship and she was sailed  round to Portsmouth to be fitted out, and over the next two decades she saw action particularly at the First and Second Battles of Ushent, the Siege of Gibraltar, and the Battle of Cape St Vincent in 1797. By then she was completely knackered and worn out, and the order was given for her to be withdrawn from service, consigned to an ignominious fate as a prison ship for captured French and Spanish sailors. But then the Admiralty had a change of plan and decided that the Victory should be re-commissioned. Work started in 1800, and was far more extensive (and expensive) than anticipated. But the Victory emerged from her re-fit, with 104 guns, in a new yellow-and-black livery, with a new figurehead, and with a new Vice-Admiral: Horatio Nelson, who raised his flag on board on 18 May 1803, just over thirty-eight years after she had been launched. And the rest, as they say, is history…