In my last blog I included an extract from ‘The Rudiments of Genteel Behaviour’ demonstrating how a lady should curtsey in the Proper Manner. I realize of course that many men should also receive instructions in the art of doffing the hat, and how to retire gracefully. As ‘The Rudiments of Genteel Behaviour’ states: “It is an observation (which cannot escape Notice) that many Persons retiring, or taking leave of any Person or Company, either thro’ want of knowledge or Neglect in discovering a decent Carriage at their Departure, have appear’d very aukward Figures to Persons of Polite Behaviour.”

So especially for all those people now living in 1737 (and I am thinking re-enactors as well as the odd TV producer and any out-of-work film extras) here is the definitive guide: 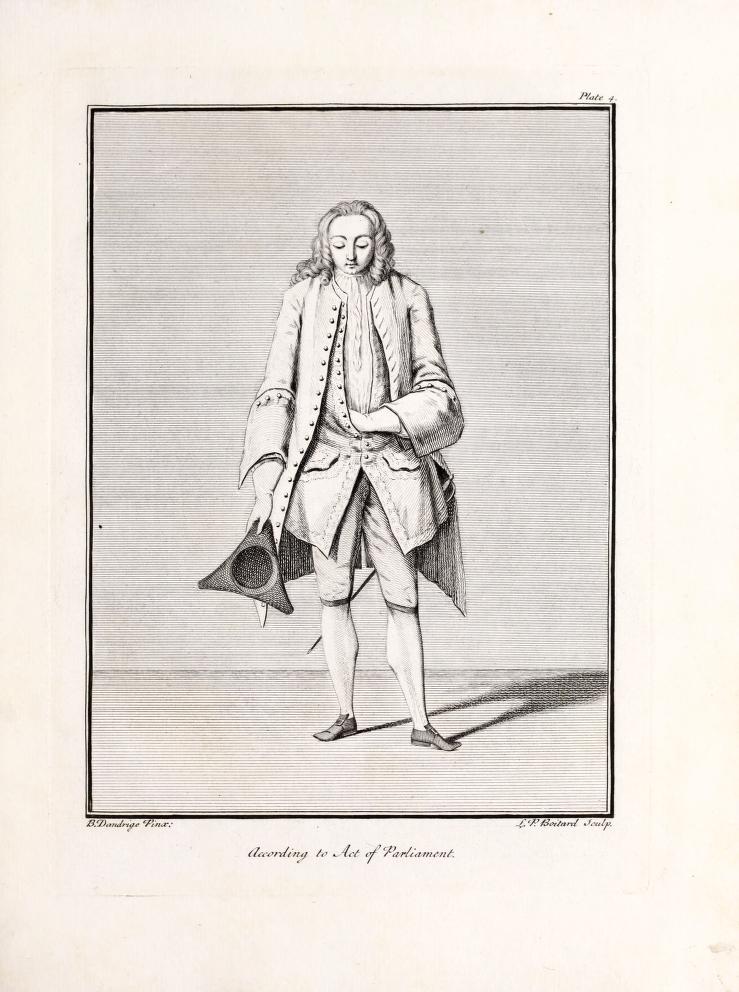 I was a little perturbed by the oddness of the left hand, tucked limply inside the jacket. It looks as though he is holding half the family silver, smuggled out from the dining room, under his waistcoat.

Here, a careful reading of the text may prevent embarrassing mis-understandings: 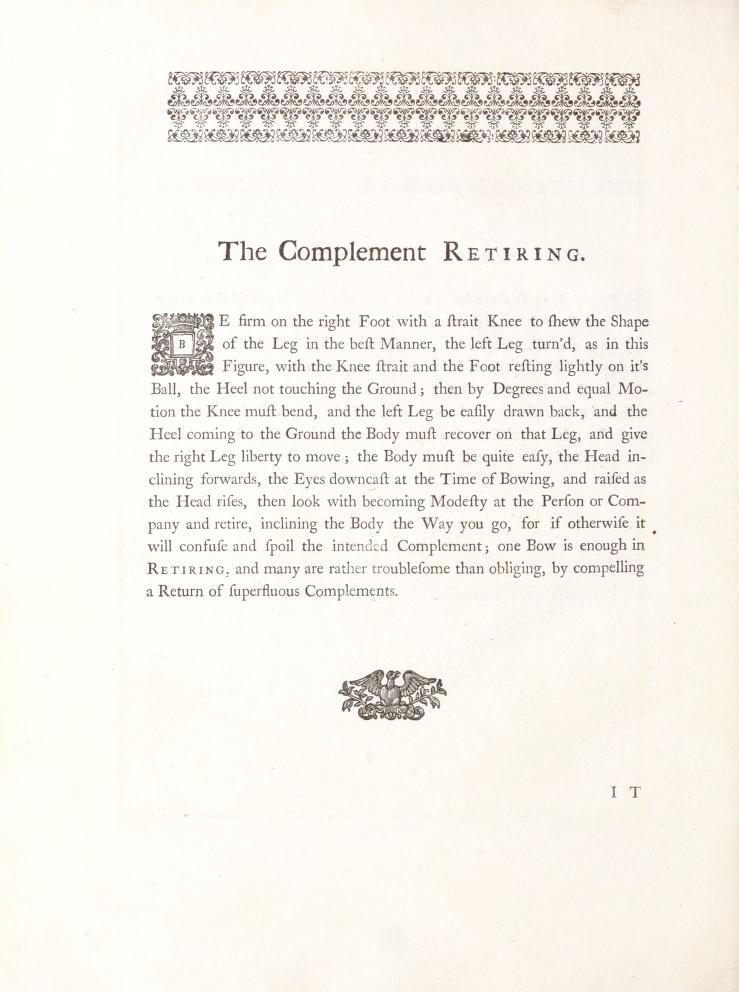 The image is also a rather nice reminder of just how many buttons there were on men’s apparel – I think there are twenty-two on the outer jacket, not counting perhaps half a dozen  on each voluminous cuff, as well as thirteen on the waistcoat.

Ah well, time to practice rolling up a trouser leg to reveal the Georgian Gentleman’s well-defined  calf, turning the foot so that I am ‘shewing the leg to best advantage’ as Monsieur Nivelon would have said…

(The whole of the original book, complete with plates engraved by Boitard, has helpfully been digitised and can be found here.)