Looking through the Rijkmuseum collection of prints by Mathew Darly ( the usual  collection of macaroni characters) I came across this intriguing if somewhat ugly portrayal of a French lemonade merchant, which first appeared in 1771. Actually I am not sure if the merchant was French, or whether it was just the lemonade. Be that as it may, it is described as being by J Scratchley – one of a number of pseudonyms used by Darly. The image also appears on the British Museum site where it is described as having been lifted from a print made by Henry William Bunbury as part of his collection of characters shown in his ‘View on the Pont Neuf at Paris’ 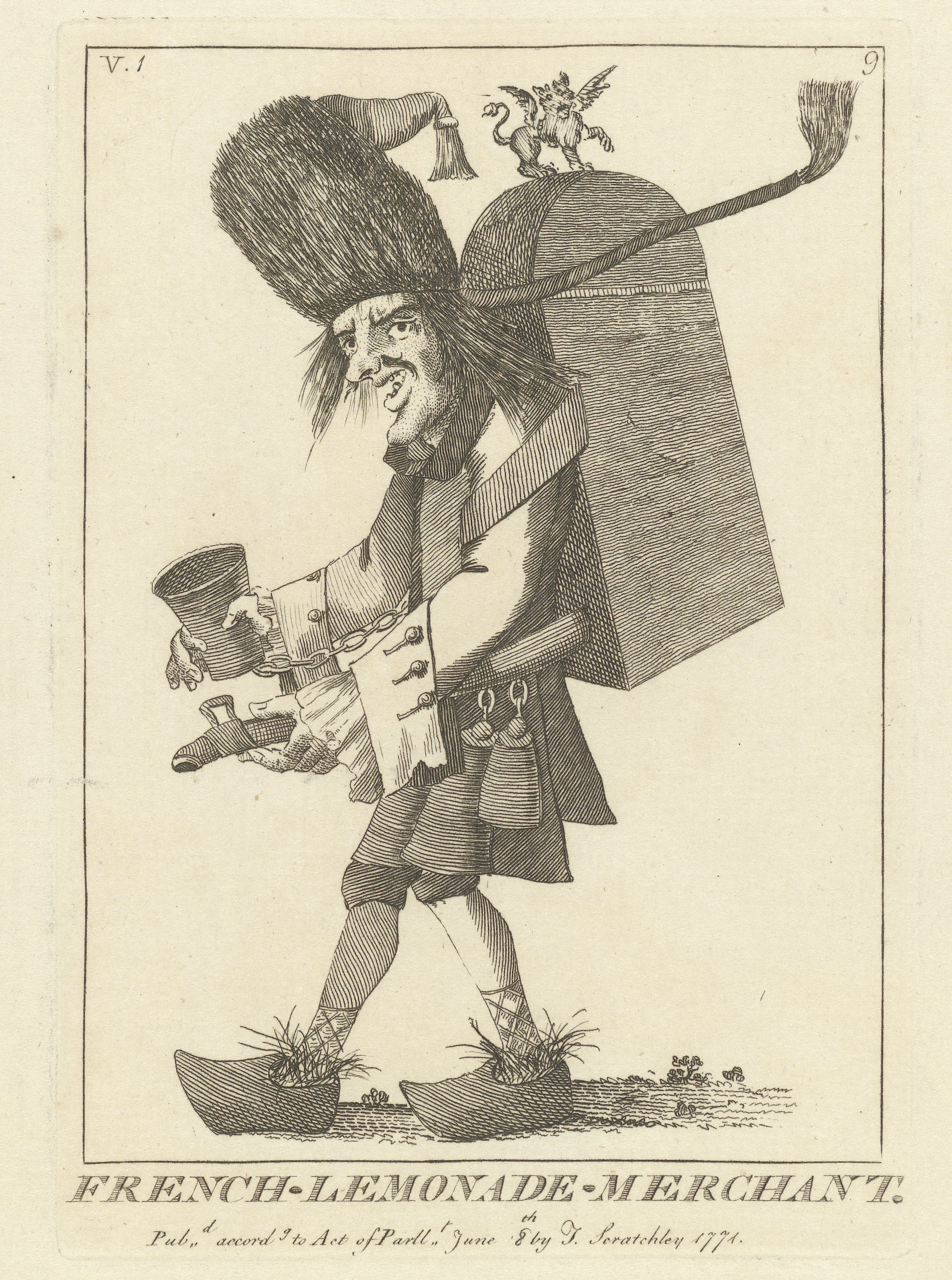 I find it interesting for a number of reasons – first and foremost that the splendid Rijkmuseum makes the image available, in high definition, for everyone to use, without charge, whereas the identical image from the British Museum has to be paid for if used in a commercial setting, such as a book. But the image itself is intriguing, with  the man carrying a canister on his back, cup chained to his wrist so that customers cannot do a  runner with it, and with a hose from the canister leading to some form of on/off lever so that just the right amount of lemonade could be dispensed. Note the straw stuffed into the man’s clogs, no doubt to make them fit more comfortably. The tartan socks give it a slightly Scottish feel.

Goodness knows what to make of the head-dress which looks like a bearskin, complete with a queue or tail, to say nothing of its curious sock-like appendage.

I am not sure that I would have rushed to buy a refreshing glass of lemonade from this particular merchant, but it is fascinating to consider just how many street vendors there were in the Georgian era – entrepreneurs who plied their trade on the streets, hoping to gain business in hot weather in much the same way as we see ice-cream vendors parked up at every beauty spot. 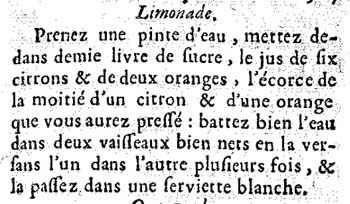 As a post-script I gather that French lemonade is a distinct type of lemon-based drink. Here a recipe from a 1660’s book entitled Le Confiturier François translated by Terence Scully as being  ‘Get a pint of water and into it put half a pound of sugar, the juice of six lemons and two oranges, the peel of half a lemon and [half] an orange that you have pressed; blend the water well in two very clean vessels, pouring it back and forth several times from one into the other, and strain it through a white serviette’.

Mmm, simpler to flag down a passing street vendor on his way to the Rijkmuseum ….

One Response to “Hot summer, and a cooling glass of lemonade”