In the Eighteenth Century we seemed to veer from slavishly following French taste and fashion in all things, to ridiculing them as chattering scrawny monkeys! The French Revolution gave English satirists the chance to be more vitriolic in their ridicule. I like these Gillray prints (shown courtesy of The Fitzwilliam Museum). 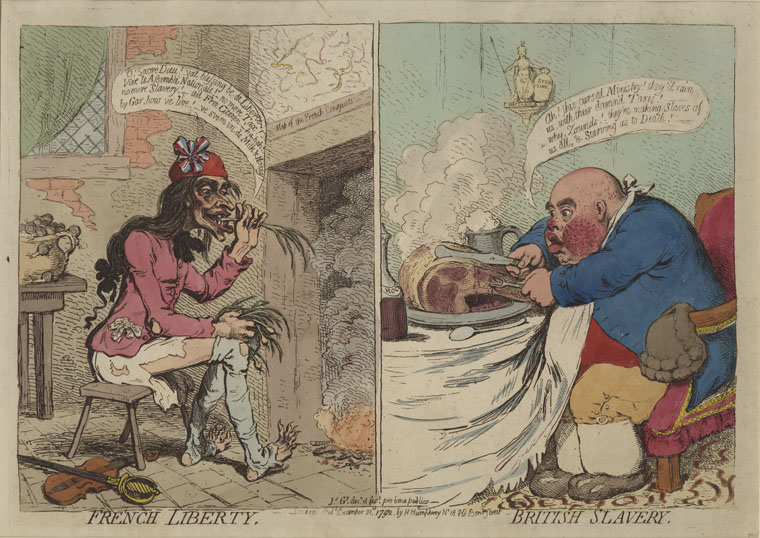 The split-screen format gives Gillray the ability to compare and contrast – French Liberty (the liberty to starve, as shown by the sans culotte munching on raw onions while sitting in front of the fire) with British Slavery ( a rotund and clearly well-fed John Bull stuffing his face with roast beef while complaining about the tyranny of high taxation).

Here is another Gillray, from 1794. No attempt here to show French fashion  – instead we recoil at the ugly brutishness of the new ruling elite, where the lower orders have seized  control. 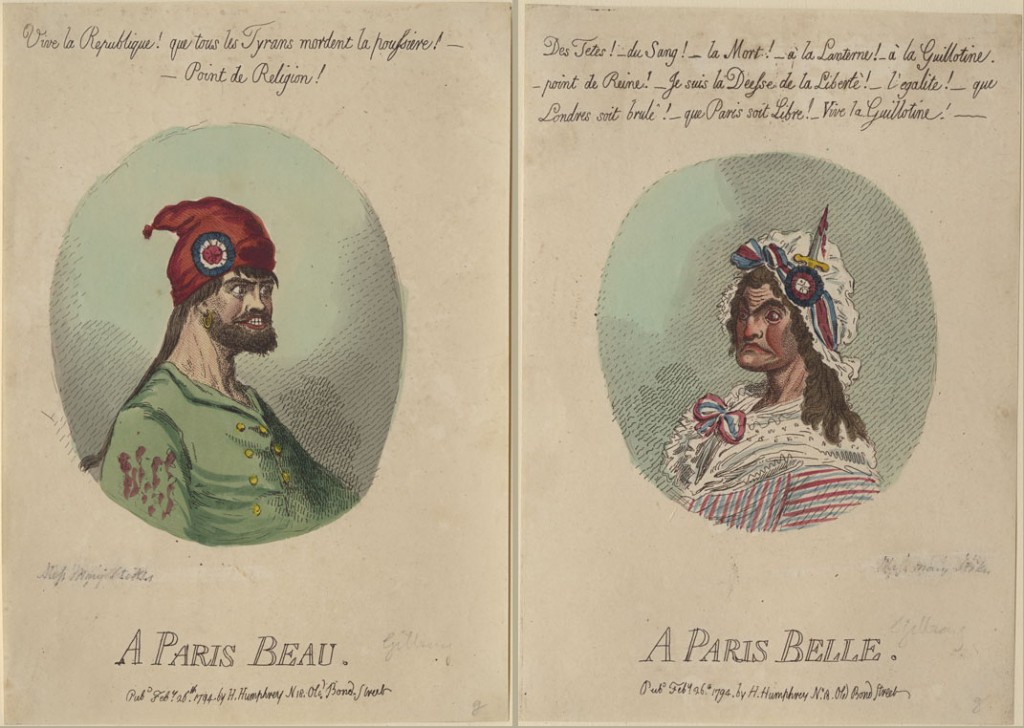 Gillray expresses his horror at the overthrow of Monarchy and Church in this 1793 cartoon, entitled “The Zenith of French Glory  – the Pinnacle of Liberty” in which the revolutionary sans culotte gets a better view of the guillotining of Louis XVI by sitting in all his glory atop the  contraption used for hanging the clergy. 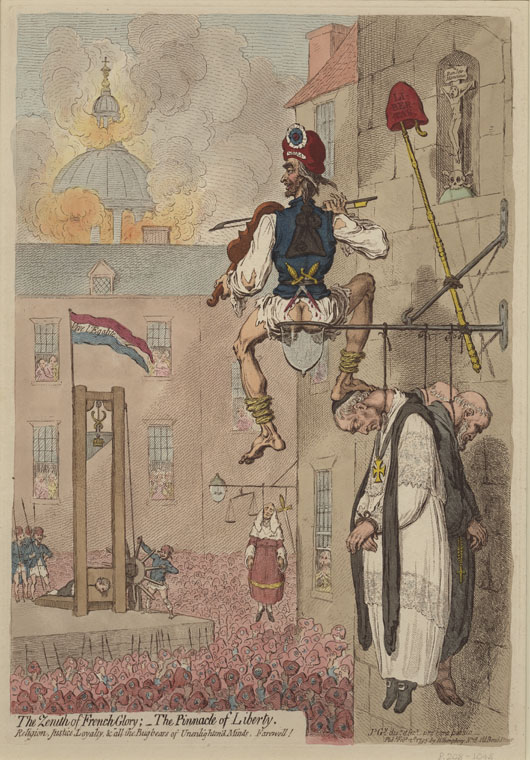 At least when Napoleon came to power Gillray had a specific person he could ridicule (both on account of his stature, and his monstrous hat). Here he shows Napoleon and Talleyrand turning out Gingerbread Kings from the bread oven so that their master-plan for control of Europe can be realized: 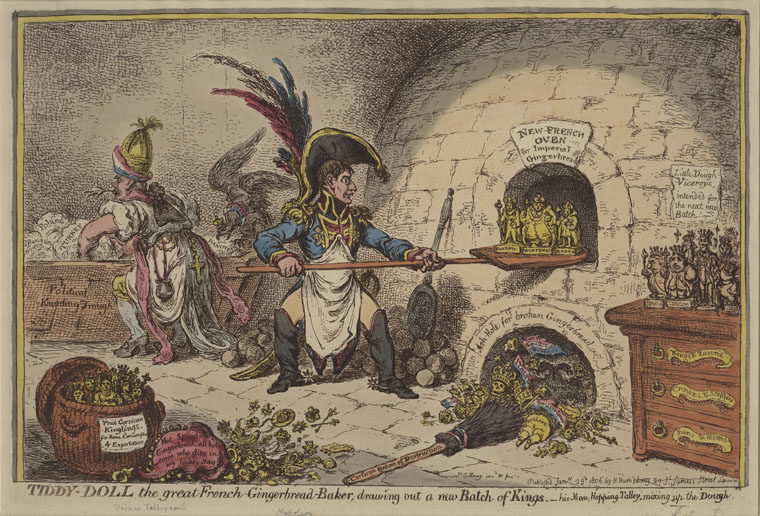