I cannot recall that it is “Be nice to the French Day” but just in case it is, I thought I would share this with you:

A real turn-up for the books – an 18th Century illustration of the differences between the French and the English,  where the artist (Rowlandson) is not being nasty to our European cousins! It is entitled “Englishmen in November… and Frenchmen in November”. 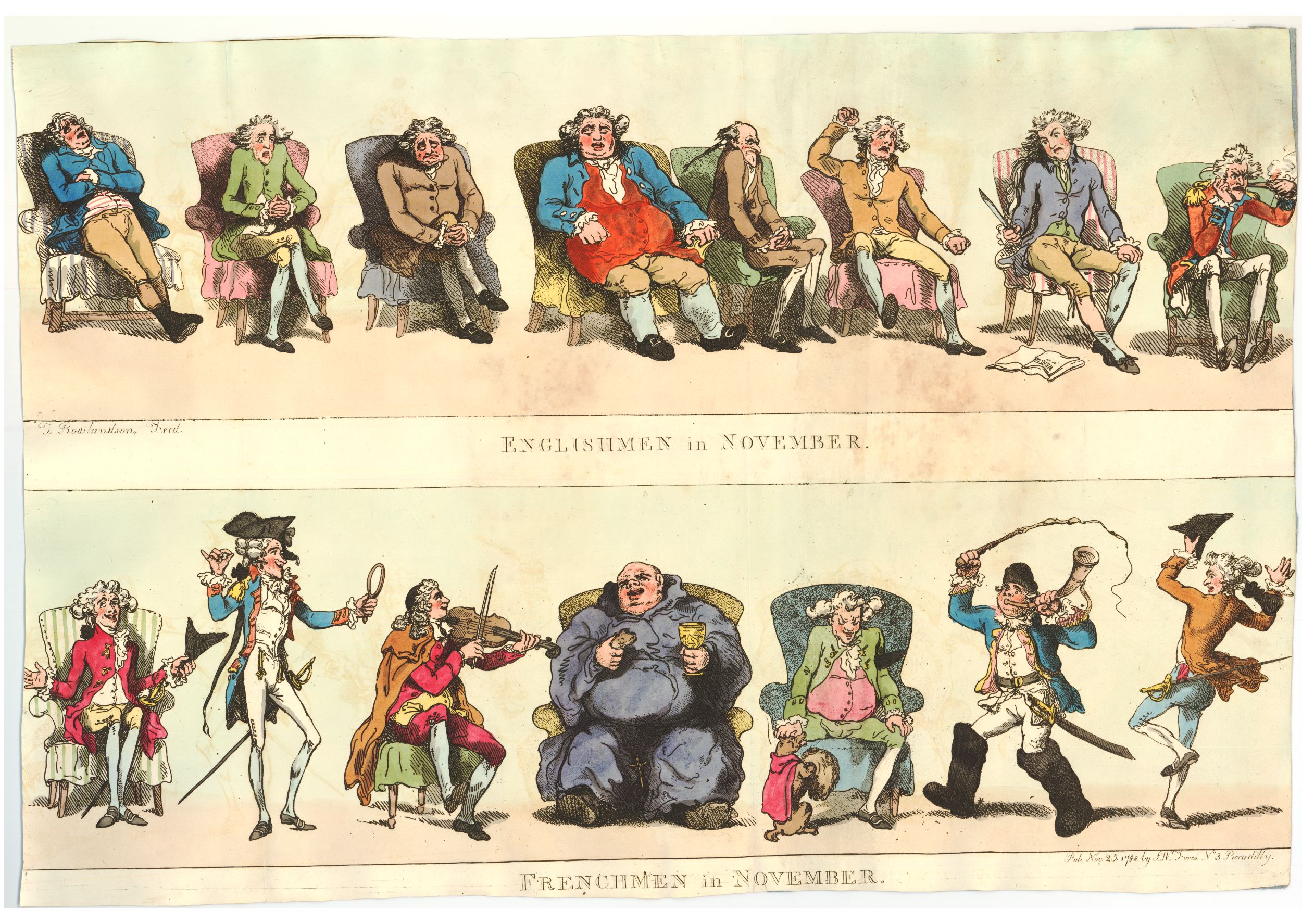 The image is from the British Museum, and therefore their copyright is acknowledged.

So, there we have it: as the winter evenings draw in les Anglais sit around in their arm chairs being bored, while their French counterparts are having witty conversations, cavorting, playing musical instruments, imbibing the odd drink or three,  playing with their dog, joining the hunt, or going off to dance a jig!

I find preconceptions about other nationalities fascinating. A couple of years ago we were staying in a French guest house. The other residents were an elderly French couple, who told us proudly that, no, they had never been to England, and was it really true that the English like their beer warm and ate a lot of boiled meat? (!) I felt I couldn’t argue with the former, but was at pains to point out that we do occasionally roast, casserole, barbecue, grill and fry our meat. I suspect that ‘boiled beef and carrots’ has a lot to answer for…

3 Responses to “How the English view the French…..”