I recently came across a book entitled ‘The Rudiments of Genteel Behaviour’ which contains some lovely descriptions of how ladies should hold themselves while curtseying, walking, dancing the minuet and so on. It also instructs gentlemen how to doff their hat, how to take their leave and so on. Each instruction is illustrated with the appropriate image. 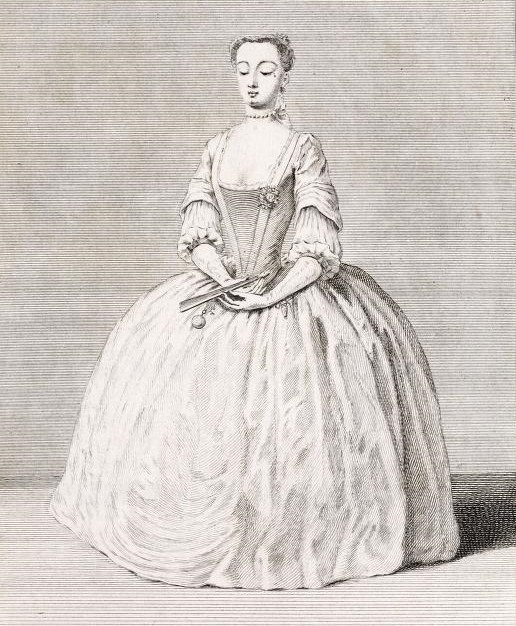 The book was written by a Mr F Nivelon, a French dancing master from Stamford in Lincolnshire, in 1737. It describes itself as “An Introduction to the Method of attaining a graceful Attitude, an agreeable Motion, an easy Air and a genteel Behaviour” and makes a rather nice change from the endless conduct books which rambled on about modesty, affability and good manners – before embarking on 500 pages of recipes and other items which young ladies were expected to master. 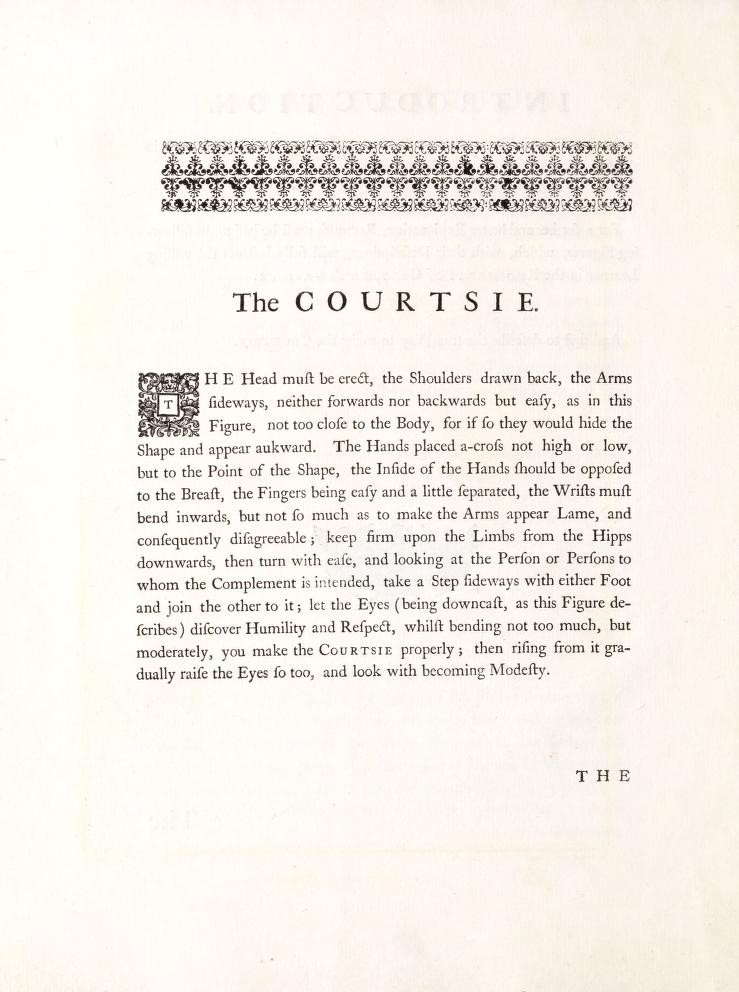 It is a reminder that in the eighteenth century dance instructors did much more than teach people the latest dance steps: they taught deportment, how to move gracefully, how to enter and leave a room, and so on. I had rather forgotten just how much was involved in giving a proper “courtsie”. I will now go and practice in front of the cheval glass….