My ancestor Richard Hall was a meticulous list maker. He kept lists of what he spent each month on household expenses such as meat, bread, butter and coal. He then tallied it up at the end of  the year, and compared it with the figures from the previous year.

He must have been horrified when inflation started to bite in the second half of the last decade of the 18th Century. War with France, coupled with poor harvests, caused havoc with bread prices. Richard kept tabs on the price rises, cutting out the records from the newspapers showing the approved rates for each type of loaf of bread, fixed at the local Assize. 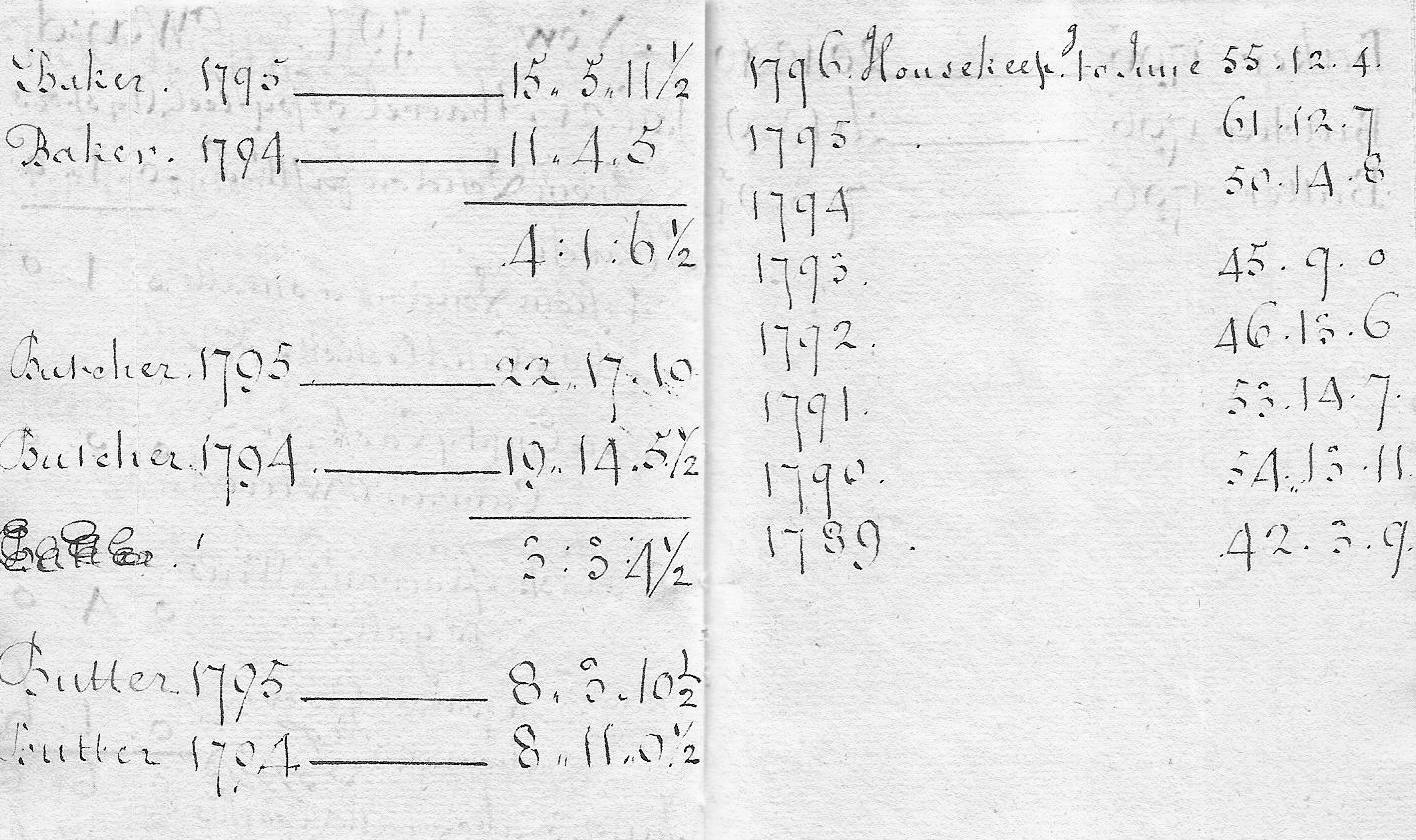 t must have been a worrying time for the old pensioner…. but better figures were round the corner. By 1797 his housekeeping records show:

In other words the baker was down £2 and the meat and butter bills were almost identical to the figures for 1795. Either prices were falling or the Hall’s were cutting back on fancy cakes and haunches of venison…

Since starting this post I have come across a later summary, which takes us up to 1800: 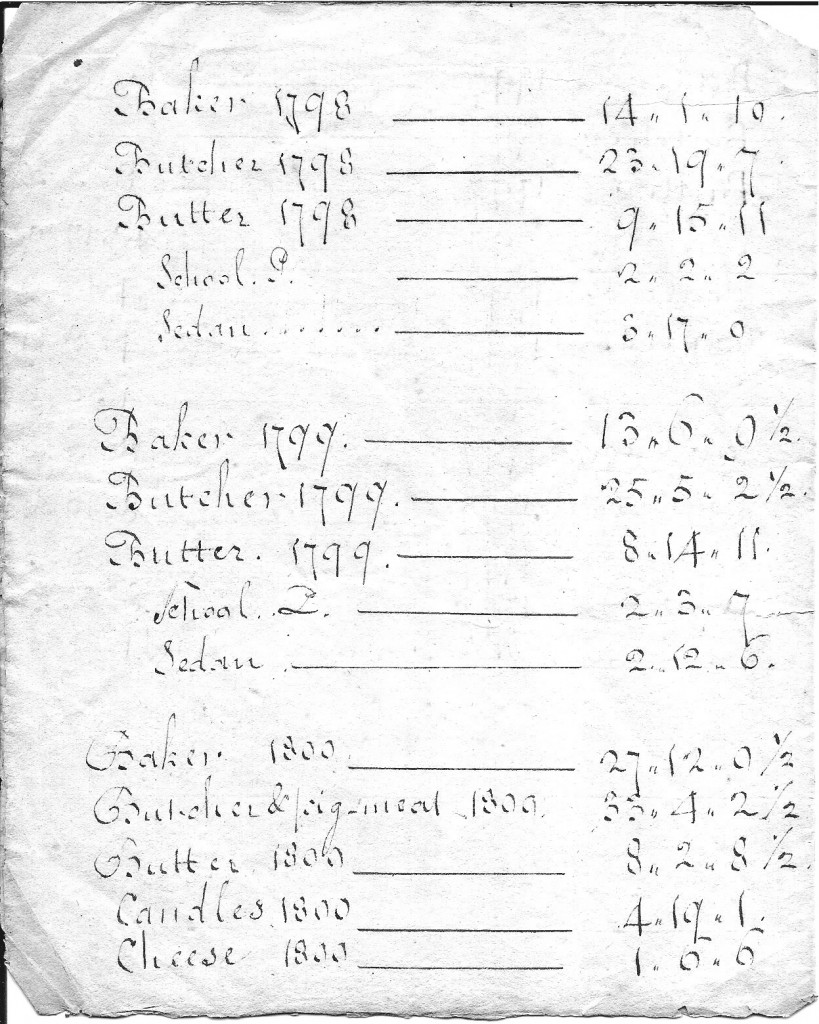 In 1800 the cost of bread shot up to double the average of the previous years – and the butcher was charging nearly half as much again as he did a few years before. And of course in that year (1800) Richard had the dreaded Income Tax to pay, so there was £35 less in his pocket before he even went down to the shops. A worrying time…