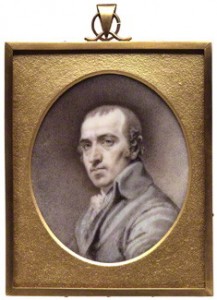 Today I am delighted to offer a guest spot to freelance writer Jim Sherry, who has started a website devoted entirely to the life and works of a man who died exactly 200 years ago, the remarkable James Gillray. Jim’s aim: to inspire others to appreciate Gillray’s work and to facilitate further research on an artist whose images are widely known, but whose art is still very much under-rated.

“Anyone familiar with Georgian culture and politics has seen and no doubt enjoyed the prints of James Gillray. His portraits of the major politicians of the era –William Pitt, Charles James Fox, Richard Brinsley Sheridan, not to mention Napoleon Buonaparte–are the nearly definitive representations of those figures in the national consciousness. His scathing portraits of the royal family have been wondered at for their audacity and continually reproduced since the day of their publication. And the savage indignation of his political and social satire is matched only (in English) by the writings of Jonathan Swift. 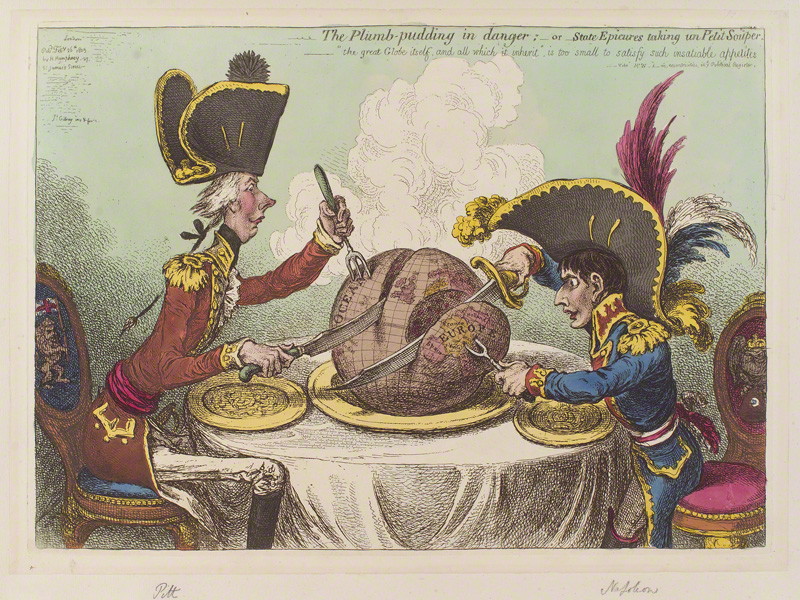 The Plumb pudding in danger, by James Gillray, published by Hannah Humphrey,

Now I have developed a web site, “James Gillray: Caricaturist”, wholly devoted to his work.The heart of the web site is a much needed comprehensive chronological catalogue of his prints, including the “serious” if less interesting ones he made in the early 1780’s when he was trying to establish himself as an artist and engraver.

But there are also sections of the site devoted to his life (in the context of the development of 18th century caricature), his print techniques and colouring, his print sizes, his year-by-year output, and the people he caricatured. And for people who want to get to know Gillray even better, there are links to some of the major Gillray collections in Britain and the U.S. as well as a selected bibliography.”

Thanks Jim! I think it is an excellent resource, and I urge readers to hurry over to the site to have a look. You can also find Jim’s own web-page and details of his freelance writing here.