Patient Joe, or the Newcastle Collier – a morality tale

My ancestor Richard Hall presumably approved of the highly moral tale of Joe the Collier, a man who feared the Lord and put up with the mockery of his fellow-miners who worked the pits near Newcastle. Certainly Richard kept the poem, neatly folded, with his other papers.

According to the poem, Joe missed his shift because he chased after the dog which had stolen his bacon sandwich – thereby being spared the fate of being trapped and killed in the mining collapse. 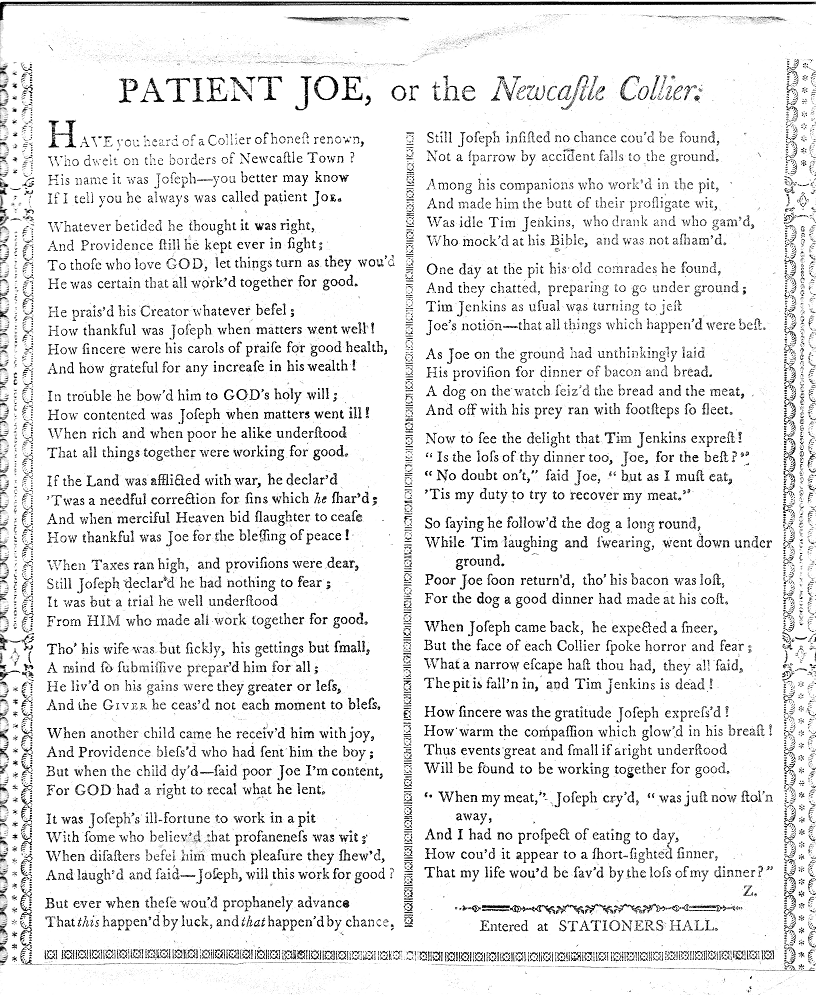 I rather like the small drawing which accompanied the poem, showing the dog snaffling the bacon while Joe and his mate Tim Jenkins walk past the pit-head, where the pony labours to draw the water from the mine shaft…. 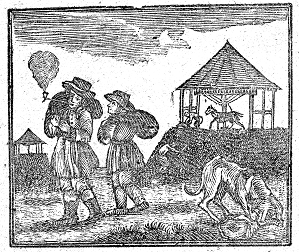 Post script: I am most grateful to Sarah Waldock for taking the trouble to google in the words “Patient Joe, or the Newcastle Collier”and for pointing out that it is a tract written in 1795 by Hannah More, the social reformer and educator.  The Abe Books site shows it to be scarce – it can be found in fewer than half a dozen public collections and is therefore quite collectable.

2 thoughts on “Patient Joe, or the Newcastle Collier – a morality tale”